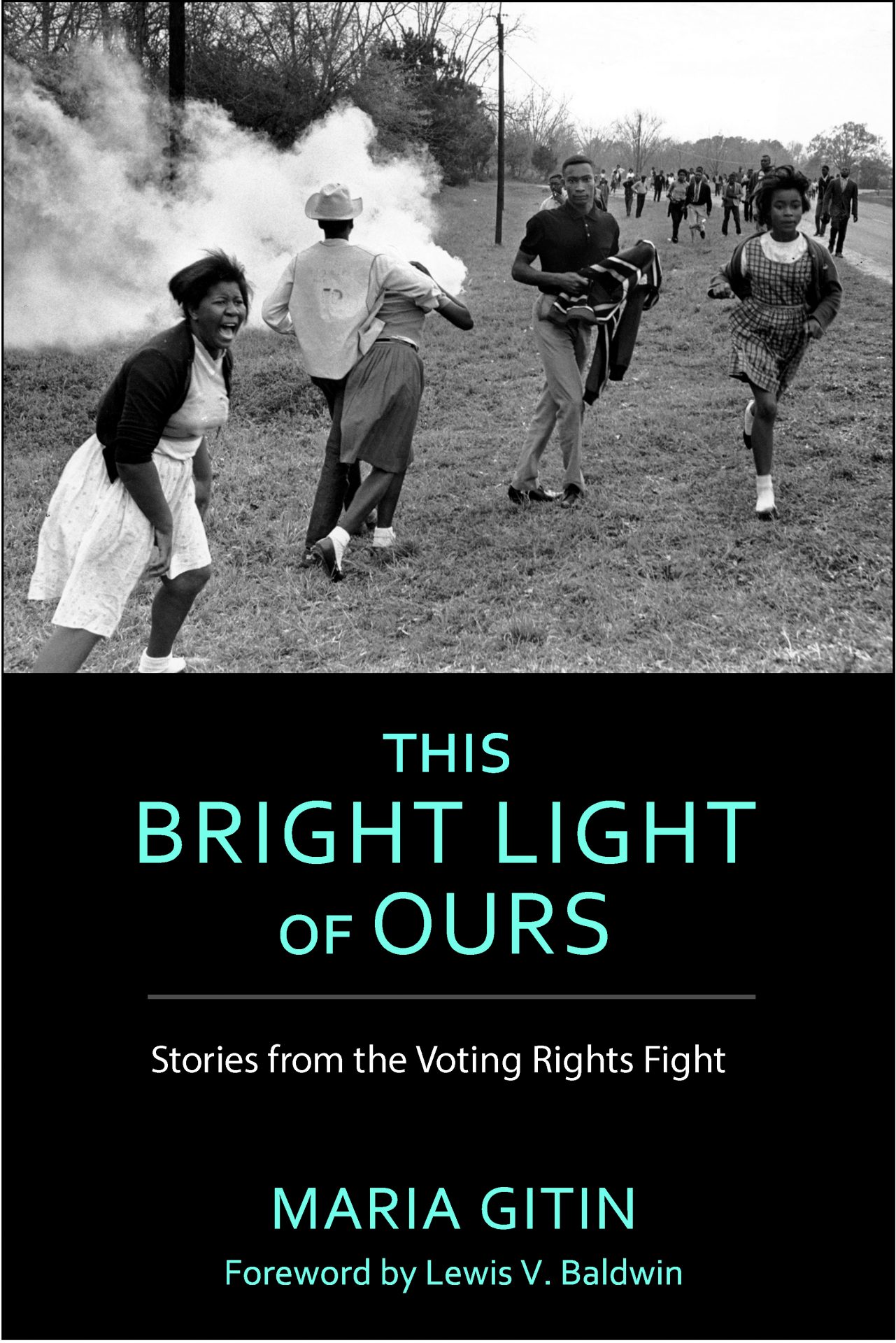 After the successful march from Selma to Montgomery in 1965, African American civil rights workers launched an all-out effort to register thousands of new Black voters in the Deep South. A few hundred white youth were invited to join them. Santa Cruz County resident and NAACP member Maria Gitin was an idealistic 19 year old college freshman at San Francisco State College who responded to Dr. Martin Luther King’s call to action. She will read from her memoir, “This Bright Light of Ours: Stories from the Voting Rights Fight,” (University of Alabama Press) which is the only in-depth account of this summer from a participant perspective. Former Watsonville resident and nationally acclaimed civil rights activist and photographer Bob Fitch contributed historic photos to the book, some of which will be presented in a slide show along with Gitin’s talk.

Maria Gitin has been the Martin Luther King Jr. Day keynote speaker for King County in Seattle; for the U.S. Army Defense Language Institute at the Presidio of Monterey and for the Martin Luther King Jr. Research and Education Institute at Stanford University, among her many other public presentations. She is curator of an art and history exhibit, “Vote! Your Voice is your Vote” which opens at the Santa Cruz County Government Center 3rd floor on January 27th.