Book Talk: The Castro Adobe in the Twentieth Century 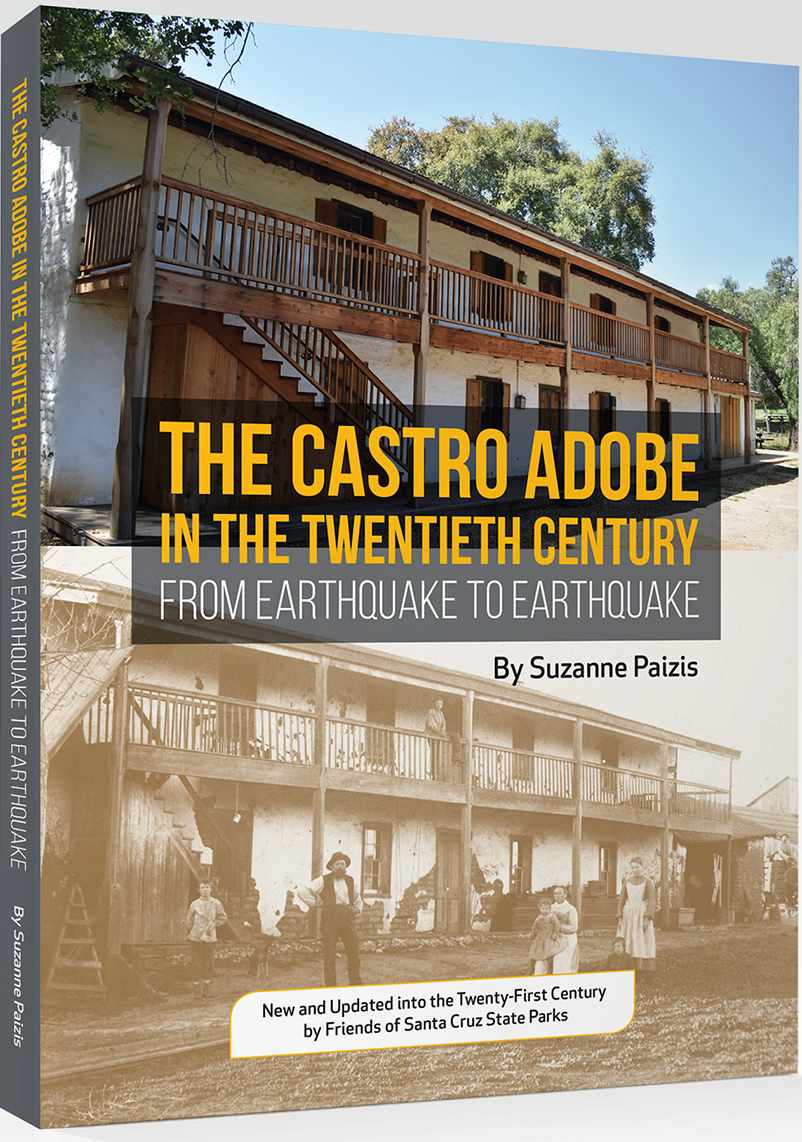 Writer, historian and one-time Castro Adobe owner Suzanne Paizis traced the history of the Castro Adobe and the many families who called it home from 1906–1989, compiling her research in The Castro Adobe in the Twentieth Century: From Earthquake to Earthquake, the unrivaled chronicle of the property and its inhabitants.

Working with respected writer Traci Hukill, Friends commissioned an update to the original book. In the second edition, nine new chapters pick up after the Loma Prieta Earthquake to tell the unlikely story of how a grand old adobe, fallen on hard times, is being reborn as the Castro Adobe State Historic Park with help from Friends of Santa Cruz State Parks, California State Parks and a community of passionate grassroots supporters.

The new book will be available for sale at the event. It is also sold at all ParkStore locations, Castro Adobe open houses and online (https://thatsmypark.vendecommerce.com/books-maps/products/castro-adobe-in-the-20th-century-earthquake-to-earthquake-by-suzanne-paizis-second-edition).