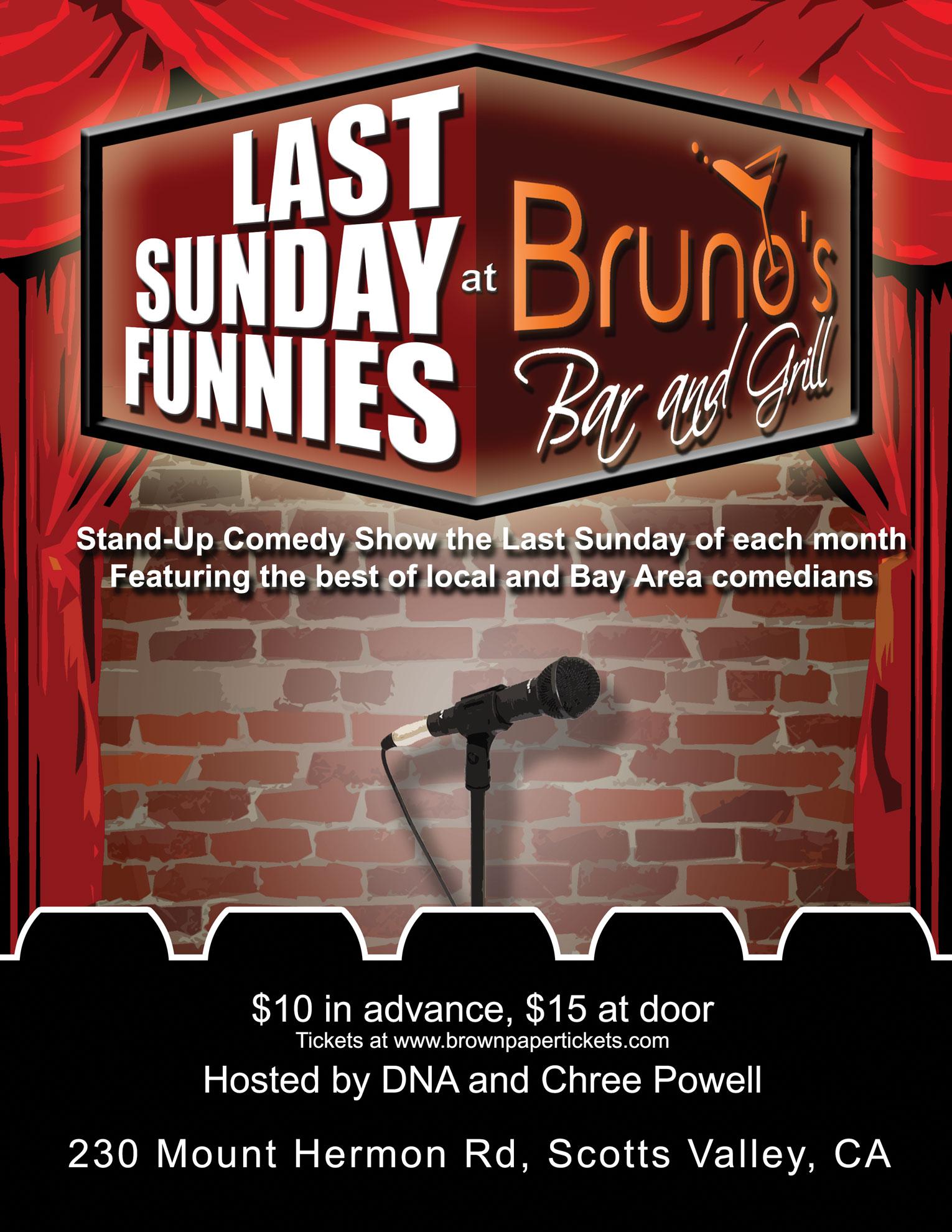 Every LAST SUNDAY at Bruno’s we bring the best comedians from around the state and around the world! This months headliner is DJ REAL!!

Nick Stargu is a musician, comedian, writer and filmmaker who is best known for his multimedia / musical comedy act, DJ REAL, which has been featured at Comedy Central’s Colossal Clusterfest, Big Sky Comedy Fest, Outside Lands, San Francisco Sketchfest, Bridgetown Comedy Festival and more! He most recently appeared on the TV show “Flophouse” on Viceland and as a host on NBC’s show “The Guest List” on Seeso. And he’s opened for Devo and Bridget Everett!

Nick also performs as Imaginary Radio with comedy partner, Drennon Davis. They have performed at festivals all over the country, including SXSW, the Funny or Die Oddball Festival and have recently appeared in NBC’s “Comedy Show Show” on Seeso, as well as the audio version of the show, hosted by Will Arnett.