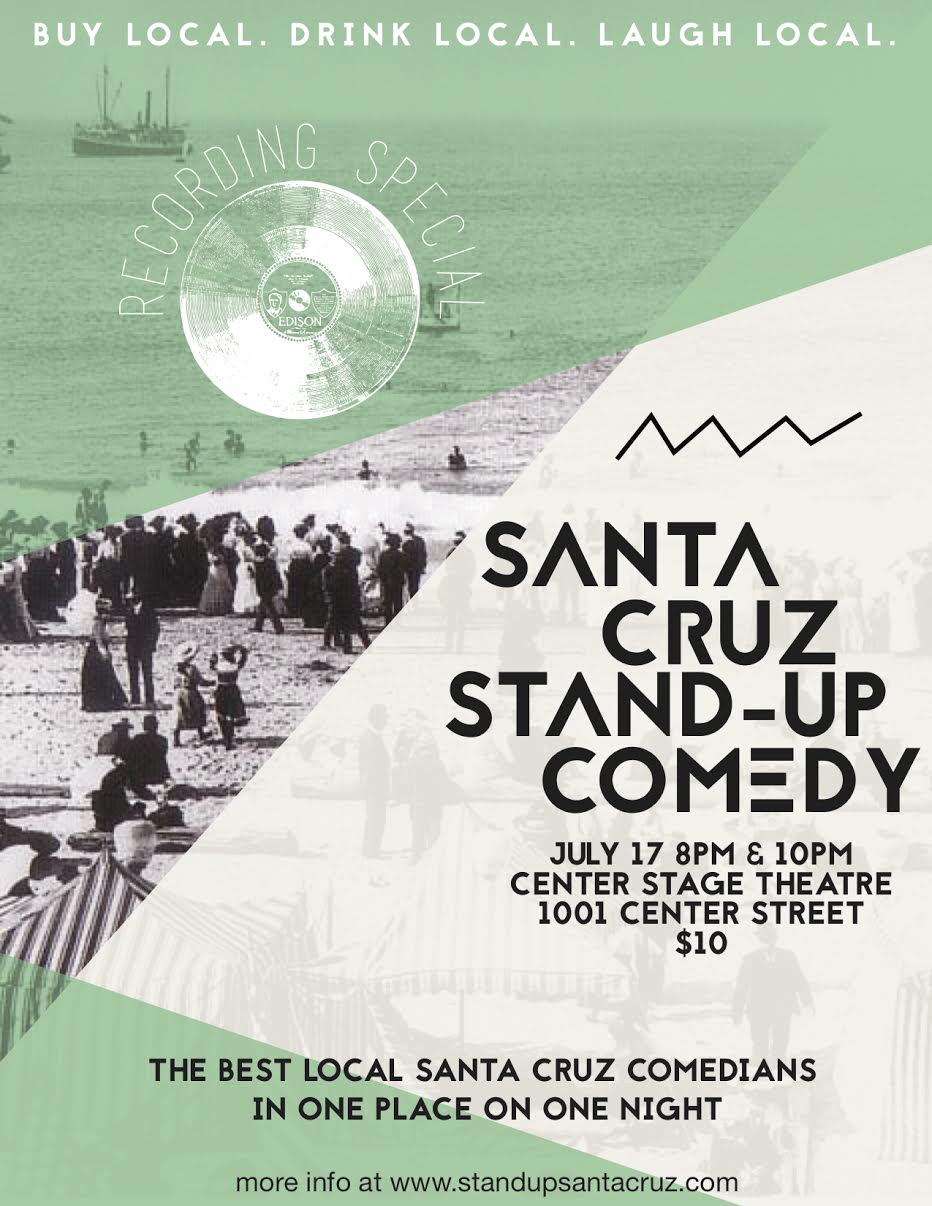 DNA’s Pop Up Comedy Club is at The Center Stage in downtown Santa Cruz. All shows are appropriate for ages 16+. Tonight’s show at 8pm and 10pm is a live recording of 30 local comics, a different 15 at each show, for a CD to be released later this year. Come support local live comedy!!