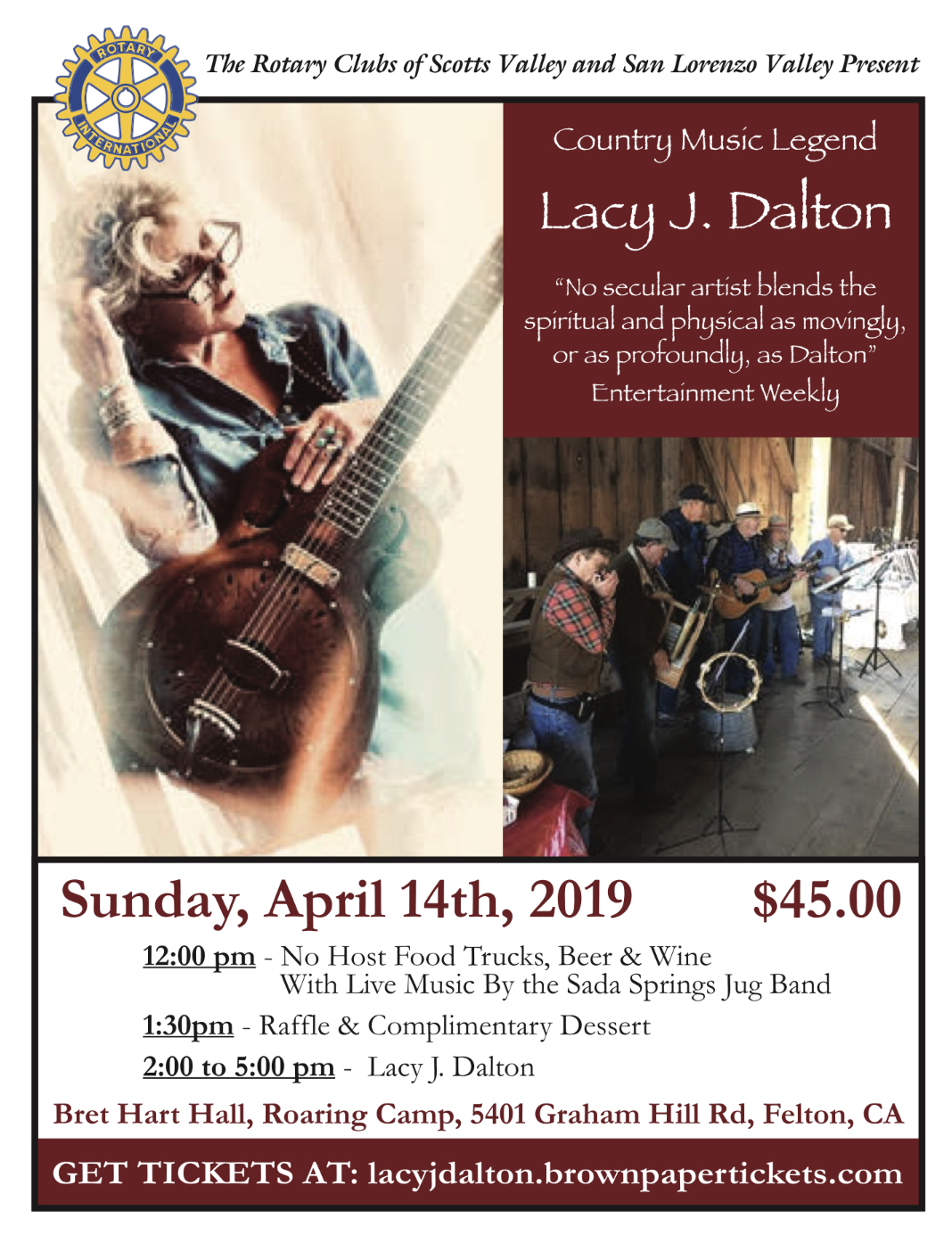 The Rotary Clubs of Scotts Valley & San Lorenzo Valley are teaming up to host an annual musical fundraiser on April 14th, 2019 featuring country music legend Lacy J. Dalton at Bret Hart Hall, Roaring Camp, 5401 Graham Hill Road in Felton. Proceeds from the show will help support the many good works that the two clubs do in the San Lorenzo Valley, Scotts Valley and beyond.

As a young artist, Ms. Dalton was named the County Music Association’s New Artist of the Year and subsequently recorded nearly 20 chart singles including several top 10’s. She is a former resident of Santa Cruz County and now lives in Nevada with her beloved dogs and horses, but is still writing, recording and touring.