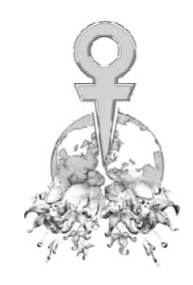 Please join us for Women Who Rock Our World, a conversation in a talk-show format followed by a rock music performance to honor the often unsung contribution of women to the counterculture and their radical influences, from the arts to public health.

Music will be performed by the legendary Ace of Cups, one of the first all-female rock bands of the San Francisco psychedelic scene, currently on tour making history yet again following the release of their first album. Back in the day, they shared the stage with Jimi Hendrix, The Band, the Grateful Dead, and others, as their songwriting, harmonies, and live performances gained popularity in the heady days of acid tests, protests and free concerts in Golden Gate Park. Bob Weir is a featured guest on the new album (but is not on the tour).

Longtime local arts and culture writer Wallace Baine will moderate a conversation with the following guests:

Kate Bowland—groundbreaking local pioneer of home birthing and midwifery, a practice that was illegal until Bowland helped bring this basic right of women to the California Supreme Court following her arrest by an undercover policewoman pretending to be pregnant. Bowland’s work radically empowered women to take back this most natural and ancient wisdom.

“When laws are unjust or immoral, it is our responsibility to disobey,” Bowland wrote in the 2011 anthology Into These Hands: Wisdom From Midwives.

Lynda Francis—editor of the Psychedelic Encyclopedia, cofounder of the Colloquium and Butterfly Productions that helped to bring psychedelic/alternative movements and speakers to Santa Cruz in the ’70’s and ’80s, including the first U.S. visit of Albert Hoffman. Francis is featured in the Hip Santa Cruz anthology, and has balanced her psychedelic interests with her role as a civic leader, including her time as executive director of the Grey Bears.

Anne Steinhardt—novelist-professor-musician Steinhardt came to Santa Cruz to teach writing at UC Santa Cruz, and also taught at Hartnell Community College in Salinas for 20 years. She has worked as a freelance journalist, a professional musician (she played bass in the local band Pele Juju, among other gigs), and authored three books that garnered positive reviews and awards: “Thunder LaBoom,” “How To Get Balled in Berkeley,” and “Pele Voodoo Live!”

Wallace Baine has been an arts writer, film critic, columnist and editor in Santa Cruz for more than 25 years. He is the author of “A Light in the Midst of Darkness,” a cultural history of the independent bookseller Bookshop Santa Cruz, as well as the book “Rhymes with Vain: Belabored Humor and Attempted Profundity,” and the story collection “The Last Temptation of Lincoln.” He is a staff writer for Good Times, Metro Silicon Valley and San Benito/South Valley magazine.

This evening promises to entertain, inform and inspire, with colorful tales of heroines who made waves, changed the course of history, and impacted our world.

The concert by the Ace of Cups is sponsored by Snazzy Productions.