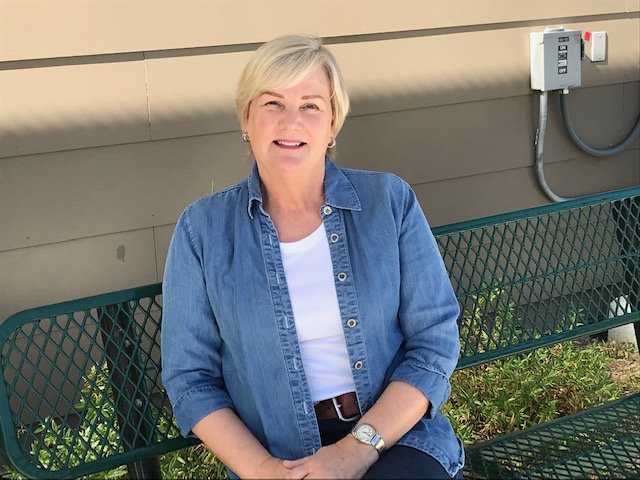 When Beth Carlisle-Hollenbeck took over the music program at Scotts Valley High it was a portable building hidden behind the gym. It held a few folding metal chairs and a dilapidated piano.
That was before the Kiwanis Club of Scotts Valley, County Office of Education, Universal Audio and Alan Parson’s Art & Science of Sound Recording came to the rescue.

“It was kind of the cart before the horse. We didn’t even have a class yet,” says Beth. “It became a total transformation.”

Fresh off several years spent building the music program for the San Lorenzo Valley School District, Beth plunged into her new task at the high school determined to leave no musician behind.

“Any kid who wanted to play an instrument had one in their hand,” says Beth, who rapidly grew the band class from 10 to 45 budding musicians. At the same time, her choir grew from zero to 40 vocalists. While this was taking place, Beth used the multi-purpose room at Scotts Valley Middle School to start a music feeder program for the high school.

She began every workday teaching the middle schoolers and then zipped over to the high school.

Beth then found a teacher at the high school who had an entire classroom that she was only using as an office, and was willing to give it up. That’s where the recording studio came to life. In this new space, Beth taught a class in music production and the audio recording arts. The class covered basic recording studio skills including analog audio theory, digital audio, signal flow, microphones, mic placement and tracking.

Many of the students taking band or chorus enrolled in the recording class. “I wanted to make them more well-rounded musicians,” she said.

To say the curriculum has been a success would be an understatement. In 2011, the program was given a $5,500 grant from the Grammy Foundation for Music Education. The class was then named by NAMM, (National Association of Music Merchants) as having one of the “Best Communities in Music Education” in 2013, 2014, 2016, and 2017.

The school was also one of three finalists (other winners were New York City and Chicago) to be awarded a visit from the John Lennon Educational School Bus. Essentially a studio on wheels, members of the non-profit organization helped students make a demo while on campus.

All good things must come to an end

At the end of this school year, Beth will enter into semi-retirement so she can spend time to her husband, Dr. Terry Hollenbeck, who has been suffering from a long illness.

Area residents recognize Dr. Hollenbeck as an emergency physician who practiced for many years at the Palo Alto Medical Center, as well writing his weekly medical advice column for the Press Banner.

Dirk Andrews will take over the music program at the high school, while the middle school will employ a new teacher.

Determined to stay in the music game, Beth will put together a music program for Cypress Charter High School. This work will be entirely online.

“I’m excited that there will be another music production class in the county,” says Beth, who plays clarinet, piano and guitar.

Beth leaves behind raving fans. “Beth would easily qualify as a Living National Treasure if we had such a program in the U.S.,” remarks local businessman Tim Johnson. “She has worked tirelessly to ensure the students in Scotts Valley get a rich musical experience.”

Meanwhile, Beth transitions to the next phase of her life happy with the work she has done.

“I was hired to build a music program and that’s what I’ve done,” says Beth, who plans to spend part of her time in their vacation home in Montana. “I wish they would have had this kind of curriculum when I was in school.”