Bruno’s Bar and Grill is Cooking!

Bruno’s Bar and Grill is Cooking! 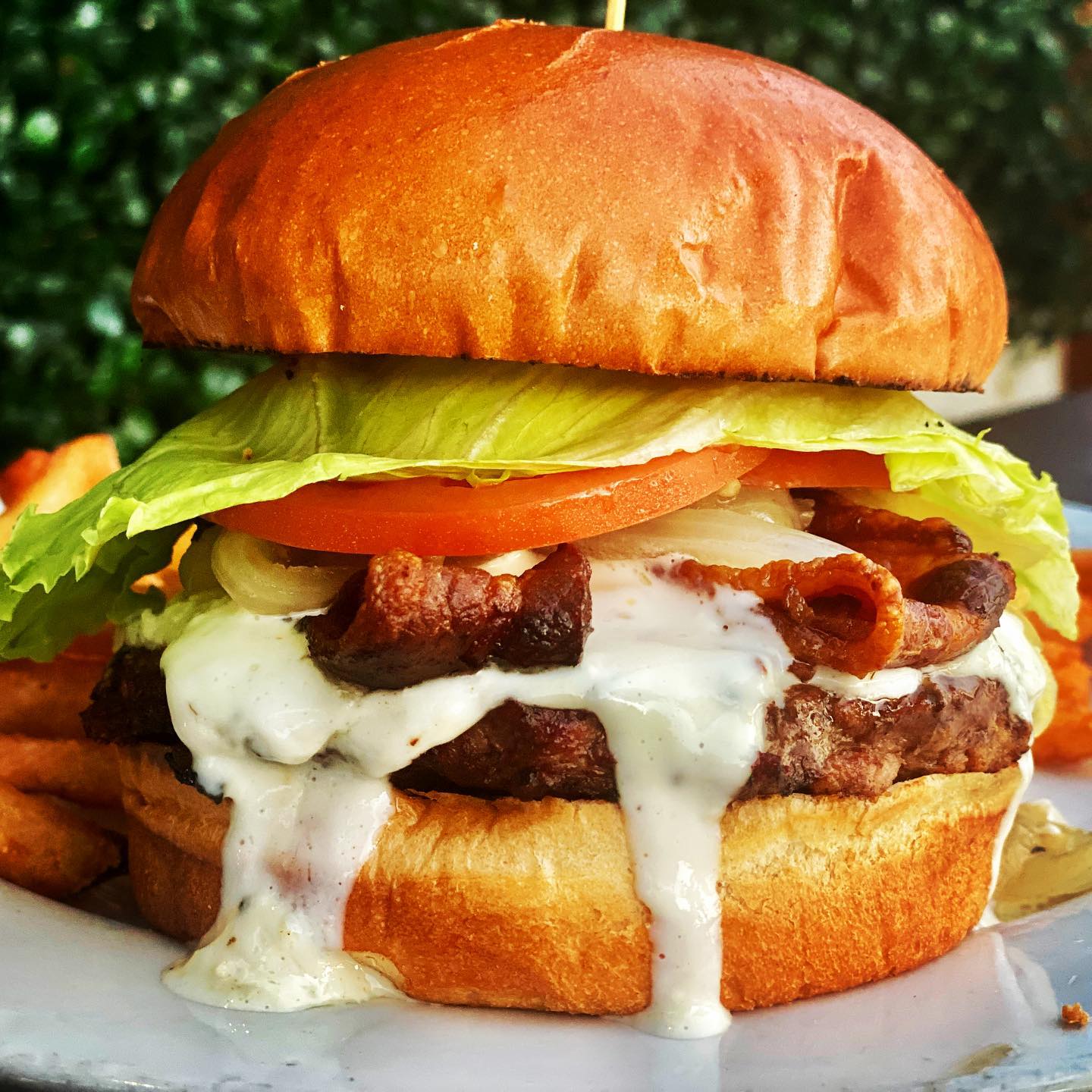 Bruno’s Bar and Grill is cooking, both literally and figuratively.

First off, it’s no longer a BBQ joint. “We have terrific salads, charcuterie, vegetarian items, pasta, and gluten-free dishes,” says Joanne Guzman, who purchased the eatery with her husband, Ro, exactly four years ago. “Ro makes weekly specials that are out of this world.” 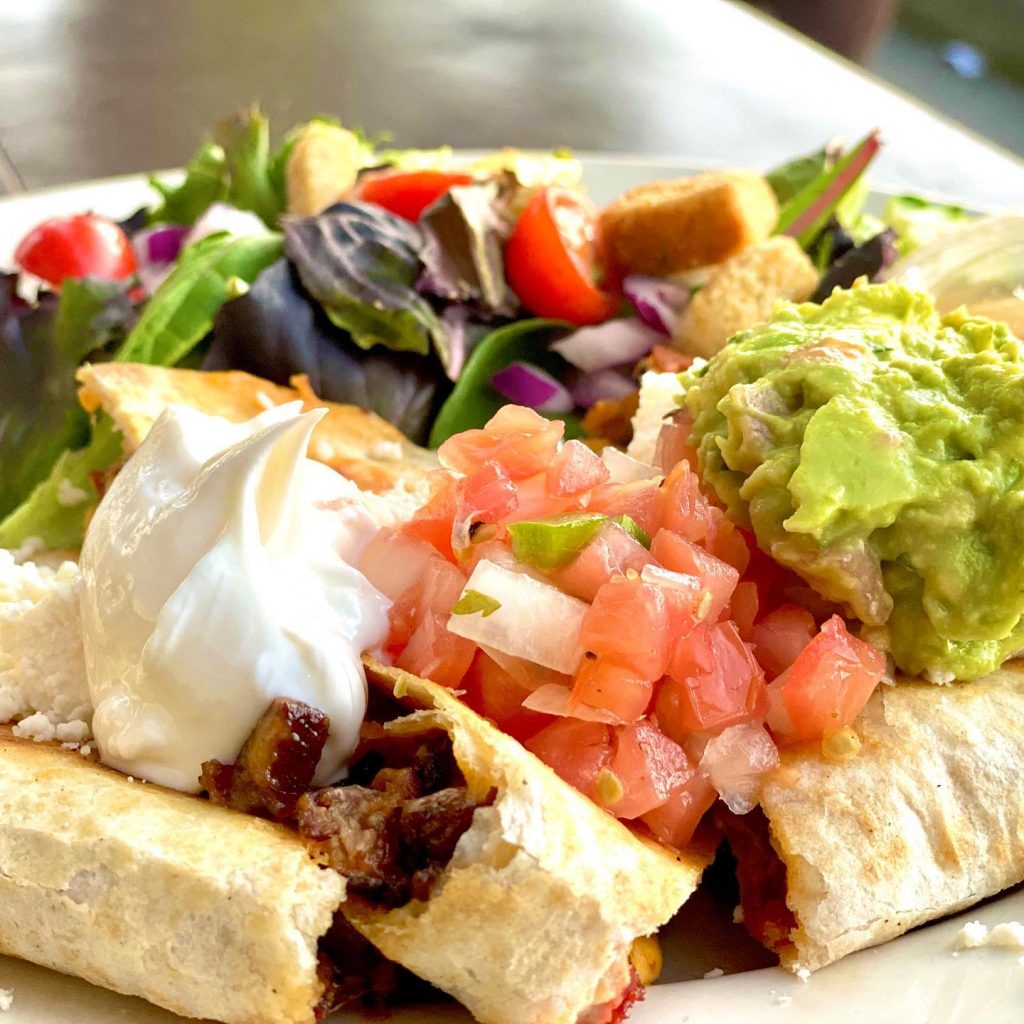 From burgers to taquitos, beer to specialty drinks, casual to elegant, Bruno’s does it all

Nestled in back of the Nob Hill Shopping Center on Mt. Hermon Road, Bruno’s (despite the name change) is continuing to serve as a magnet for the Scotts Valley Community.

In addition to the indoor dining area, Bruno’s also offers an outside area known as Cloud 9. The intimate space is as close to swank as you’ll find in the community. The Santa Cruz Sentinel named it runner up for the Best Outdoor Transformation Dining During the Pandemic in the entire county. 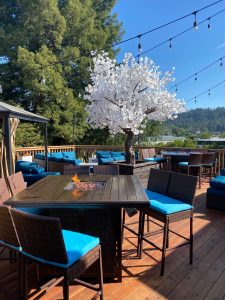 There are seven (soon to be nine) cozy nooks, some with tables and others with lush blue couches. There is a brand-new deck and contemporary tables are on the way. Originally opened as an adult-only cocktail get-away, Cloud 9, still adults-only, now offers a full menu for hungry and thirsty diners.

Talk about ambiance. There’s a newly installed 7-foot rain fountain, an 18-foot Ginkgo tree with fairy lights, fire tables at every seating area, VIP cabanas, egg chairs, and candle lights. The icing on the cake is a clear view of the Scotts Valley Mountains. “It’s beautiful,” says Joanne. “The mountains are a hidden gem that not everyone knows about.”

And that’s not all. The restaurant has an upstairs area divided in half so one side is perfect for banquets and meetings, while the other is a raucous sports bar (named favorite place to watch sports by Santa Cruz Swellie Awards four years in a row).

In addition to a collection of flat-screen TVs, the bar also has ping pong and a pool table. “It’s loud and it’s fun,” says Joanne.

Joanne and Ro consider themselves an integral part of the community. “When the pandemic first hit, when we were ordered to close the restaurant, we had a lot of food that was just delivered,” remembers Joanne. “For a week we cooked and gave away food for those who lost their jobs and others who needed help in the community.”

In addition, Bruno’s donated $10,000 in food to feed evacuees during the CZU Lightening Fire. They also provided free dinners twice monthly for most of the year to people and their families who lost their homes in the fire.

So what will you be having?