Congresswoman Eshoo Responds to Complaints by Constituents Re: USPS

Congresswoman Eshoo Responds to Complaints by Constituents Re: USPS 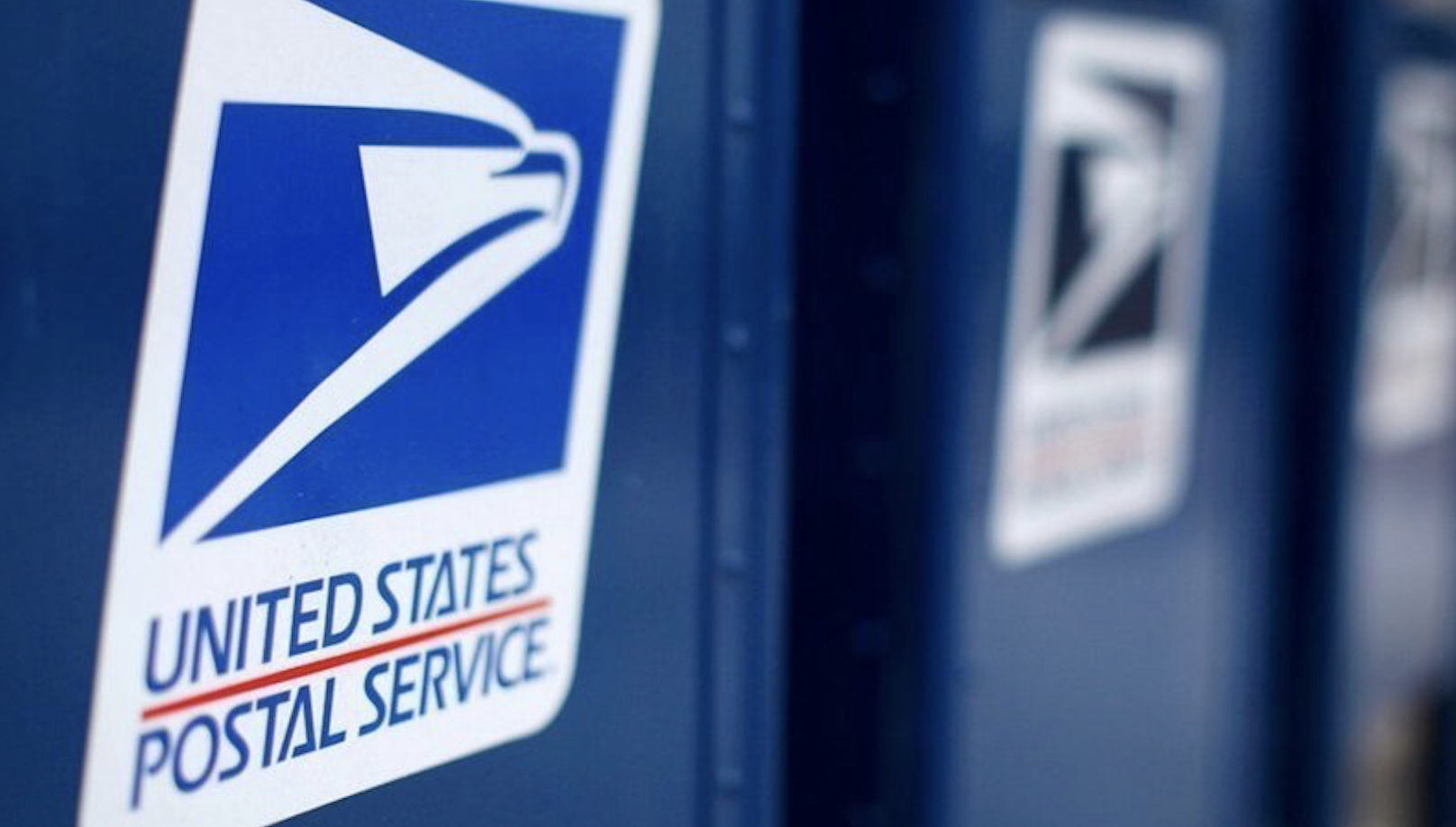 Congresswoman Anna Eshoo has responded to numerous complaints she had been getting from residents of the Scotts Valley area and has followed-up by issuing a letter to City Mayor Derek Timm to inform him of measures she is taking with USPS and also sent a letter to USPS District Manager to address the issue.

Complaints have been long standing, long before COVID-19 and have ranged from:

Constituents wishing to file a complaint are being asked to be directed to Nicholas Hargis at Eshoo’s District Office so that problems can be reported to Bay-Valley to get them resolved as quickly as possible. Mr. Hargis can be reached via email at [email protected] or by phone at 650-323-2984. 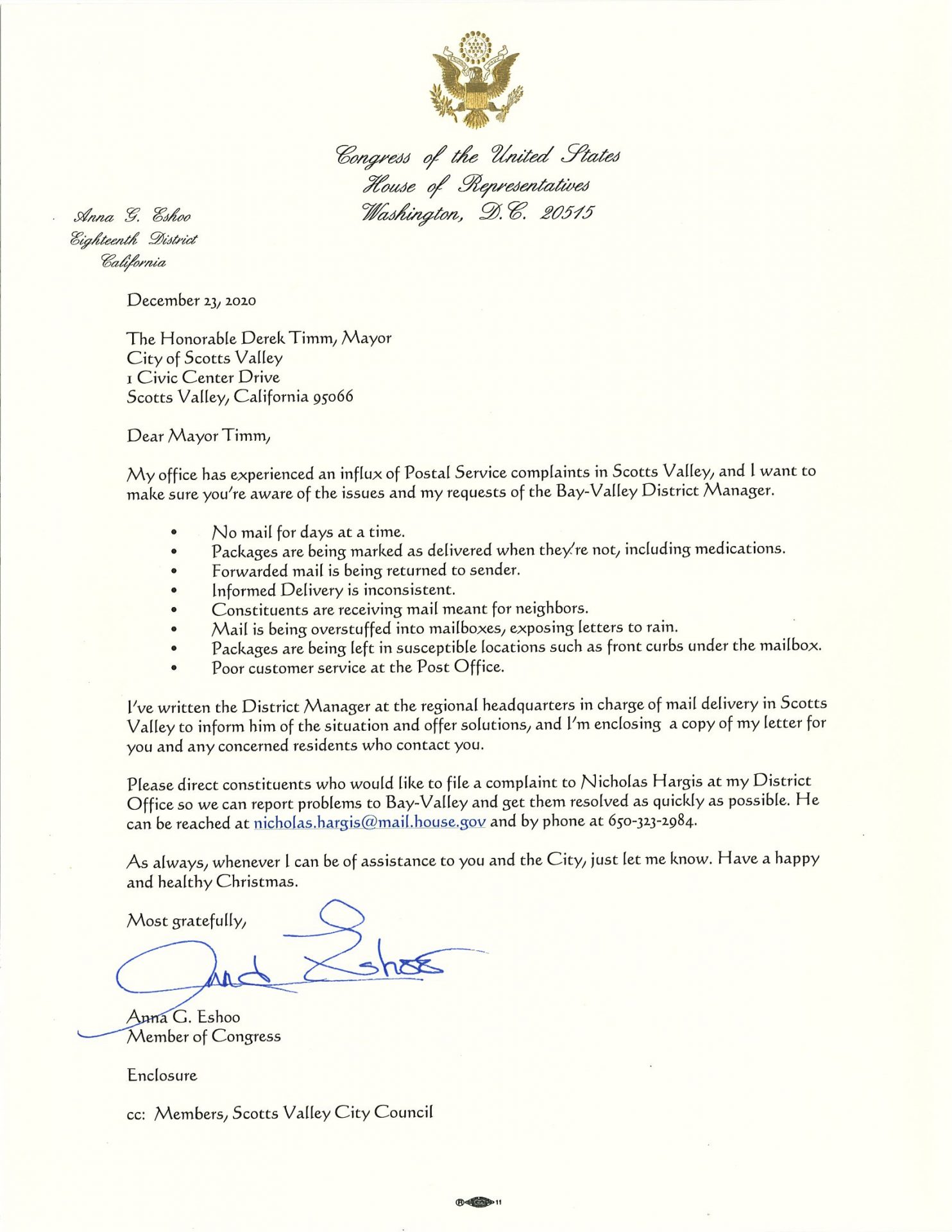 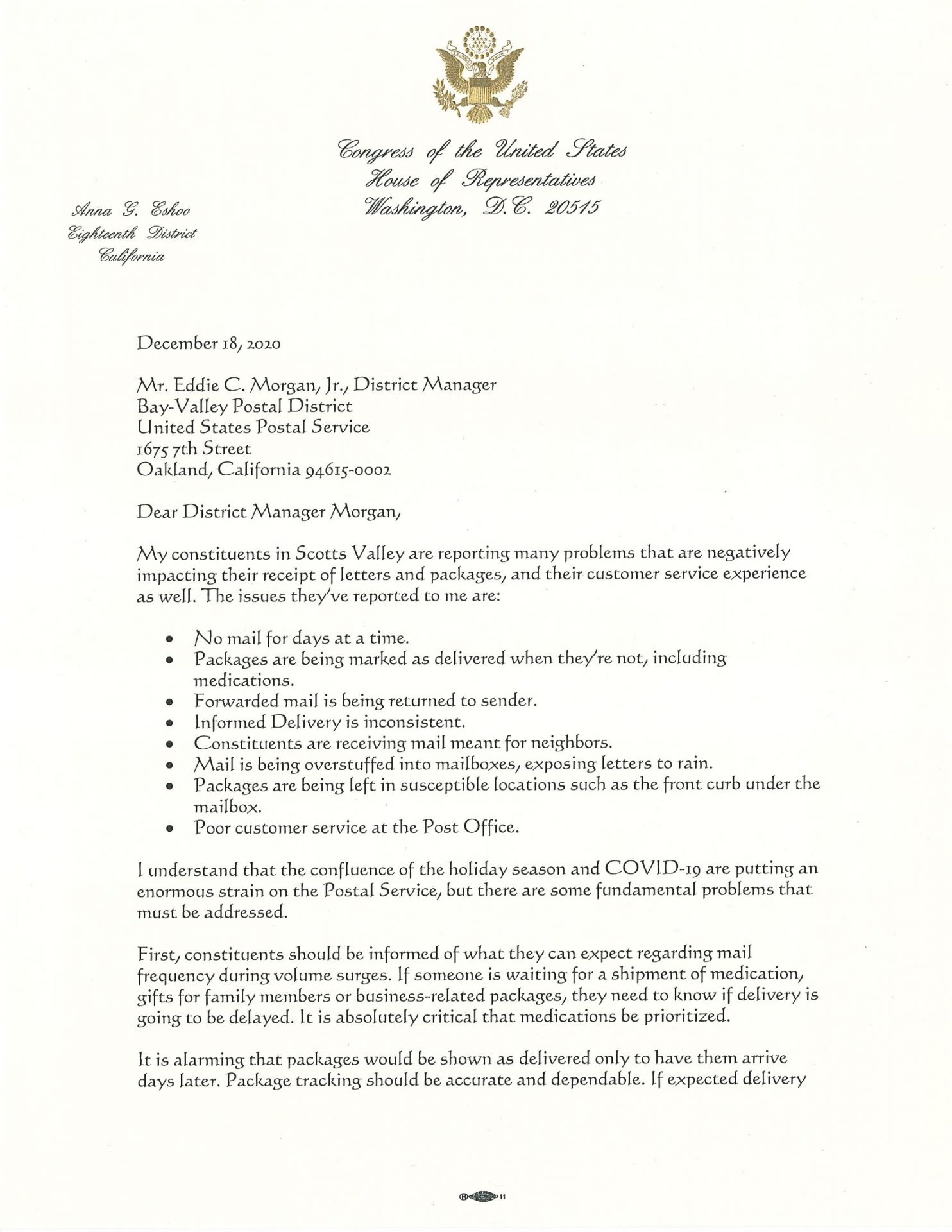 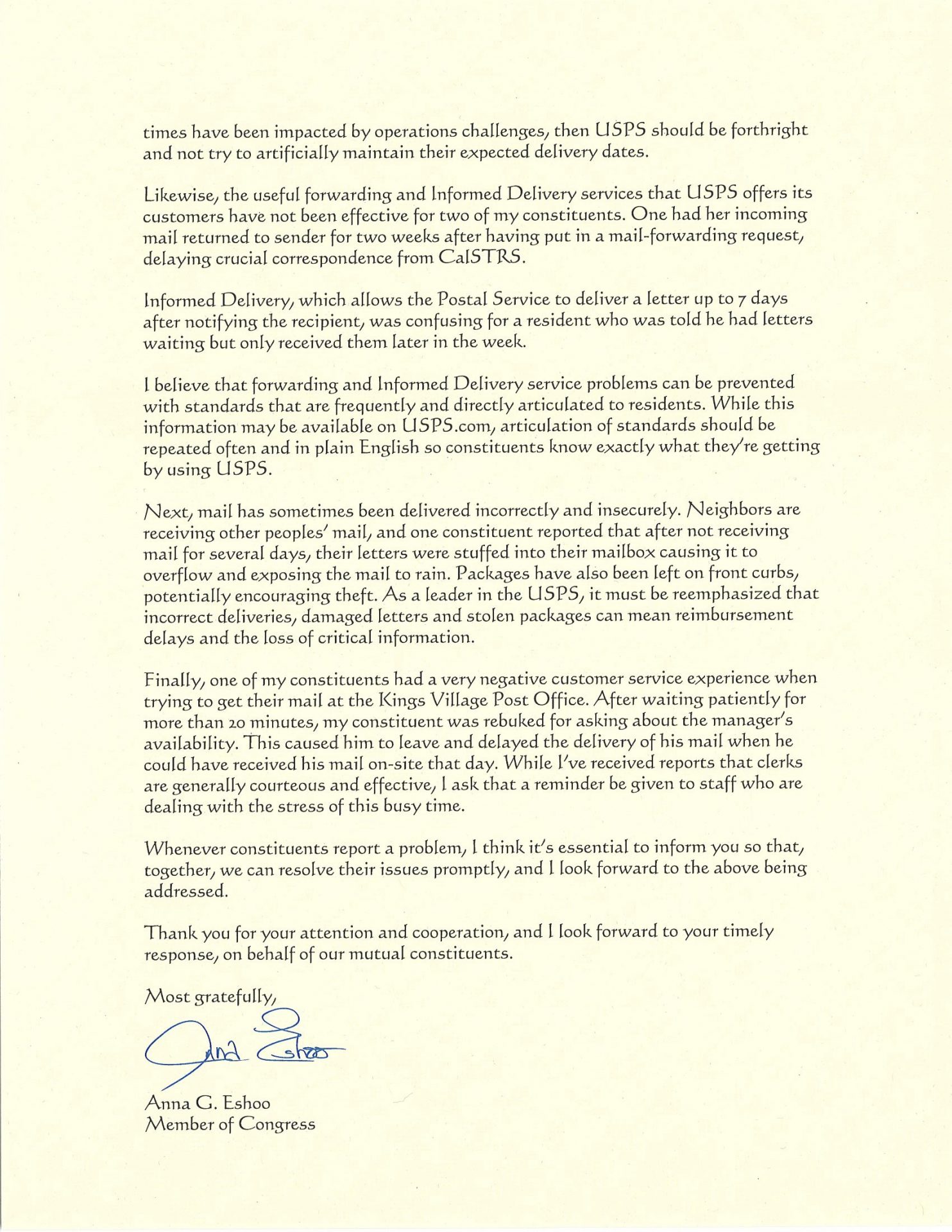