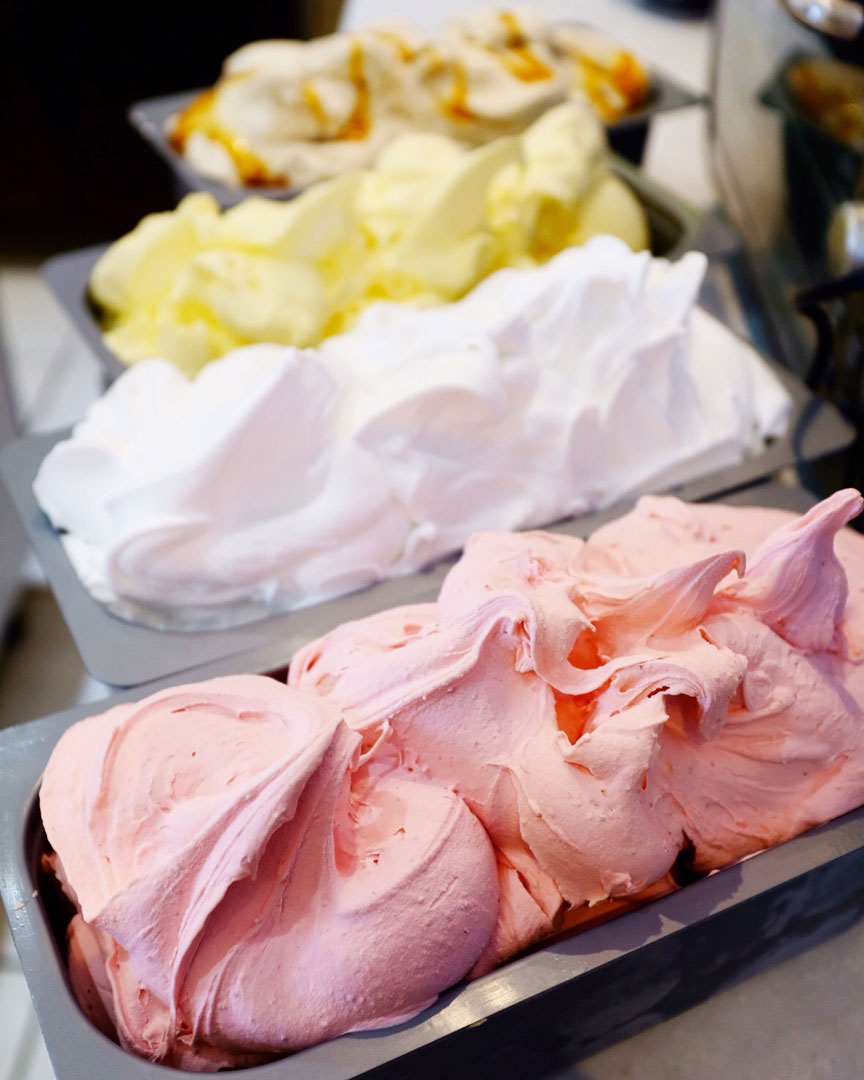 After 10 years of serving the lightest, best-tasting cupcakes this side of heaven, Cutesy Cupcakes will close its doors and enter a new era very soon.

Located at 235 Mt. Hermon Rd in the Safeway Shopping Center, Cutesy Cupcakes plans to transition into Indulge, offering 18 flavors of gelato, homemade cookies, and waffle cones made from scratch.

“It was a struggling business that was losing a lot of money,” explains owner Jeannette, adding that their first year in business they worked from home and made cupcakes in a toaster oven. “We were working almost for free, getting there to bake at 4a.m. and not leaving until that night at 10.”

Jeanette will continue being involved with her father Charles running the finances and brother Ben in charge of keeping the high-tech equipment running smoothly. Lacey, Jeanette’s daughter, will no longer be involved and is going back to school. Janeen Thompson, another business partner makes gelato and cookies in addition to being the bookkeeper

The entire location will be remodeled and there is a custom gelato case being made in Italy. It will take time to secure the proper permits from the city, as well as rebuilding the inside area. Scotts Valley gelato lovers should be able to Indulge in November.

“Cupcakes must be made in the morning, and they are only good for one day,” she says. “Gelato can be made in half the time in advance and frozen.”

Jeanette says they almost moved the business over to San Jose because of the larger population but reconsidered. “We decided to stay in Scotts Valley because we love the community and want to remain part of it.”

Perhaps the most compelling reason to switch to gelato “Making cupcakes is extremely labor-intensive. It’s high–level baking that can’t be easily taught,” she says. “We’ve been stuck in this kitchen the whole time. I’ve developed carpal tunnel syndrome.”

Another looming problem at Cutesy’s can be described as normal consumer behavior. With cupcakes 90 percent of our customers only come in once a year, most of the time for special events,” she says. “People tend to eat ice cream once a week. We can be profitable with gelato.”

Are you a Cutesy Cupcake fan? All is not lost as there are discussions on a new business using Cutesy Cupcakes recipes to make and deliver cupcakes. More info on this new development to follow soon…

Unique flavors being planned for Indulge include brownie caramel sundae and caramel toffee with bits of peanut butter Reese’s cup sprinkled in. “The possibilities of being creative with the flavors are just endless,” says Jeannette, who also plans on experimenting with gourmet flavors.