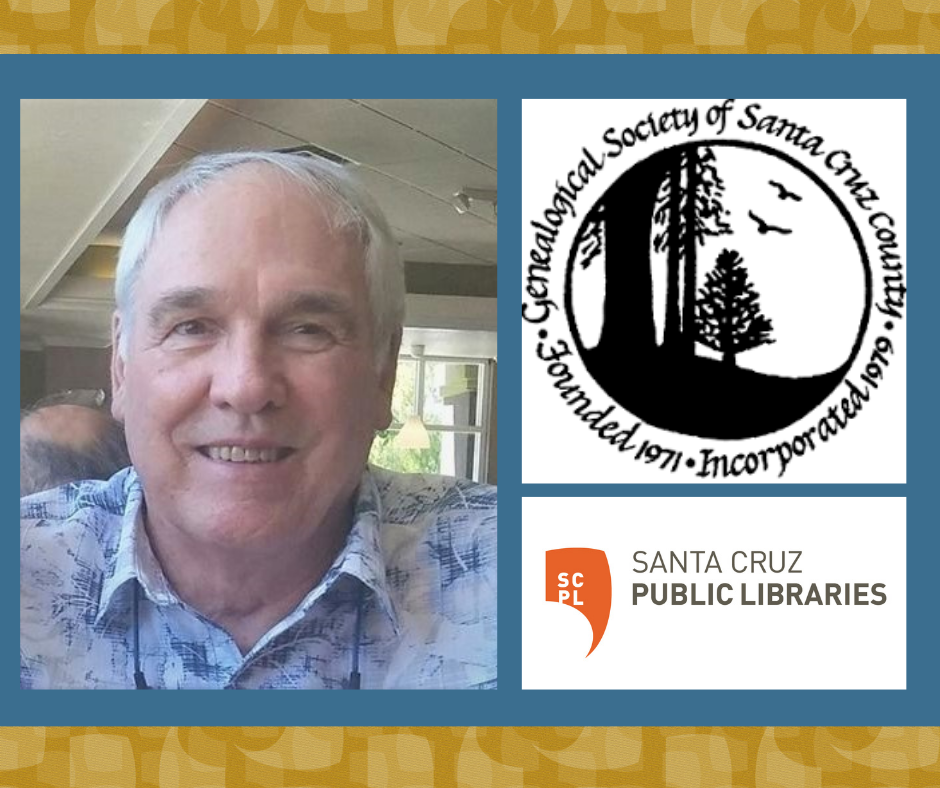 Terry Jackson’s family has been submitting family histories to what is now called FamilySearch for many, many years. As that information has come online, it has provided lots of interesting stories and has helped to clear up some family mysteries. Using some examples from his own research, Terry will demonstrate how FamilySearch can help us with our own research. We will also look at some fun things that come with a free FamilySearch account.

Terry Jackson is a retired Social Worker who now spends his time fishing, or finding more questions than answers in his genealogical research. He also enjoys what has become a rare opportunity to spend time with his grandkids! Terry is the descendant of Mormon immigrant families. His paternal grandmother’s parents arrived in the 1890s; his paternal grandfather’s forebears came in the 1850s. Terry’s maternal line stretches back to the early 1600s in Virginia and New England. His maternal ancestors were early converts to Mormonism and were among the first Mormon settlers in what became Utah and Idaho. All the family lines that Terry has traced from the U.S. have gone back to English, Scottish, and Irish roots. Terry is a 35-year resident of Seaside.

This event is online. You must register to receive the link.