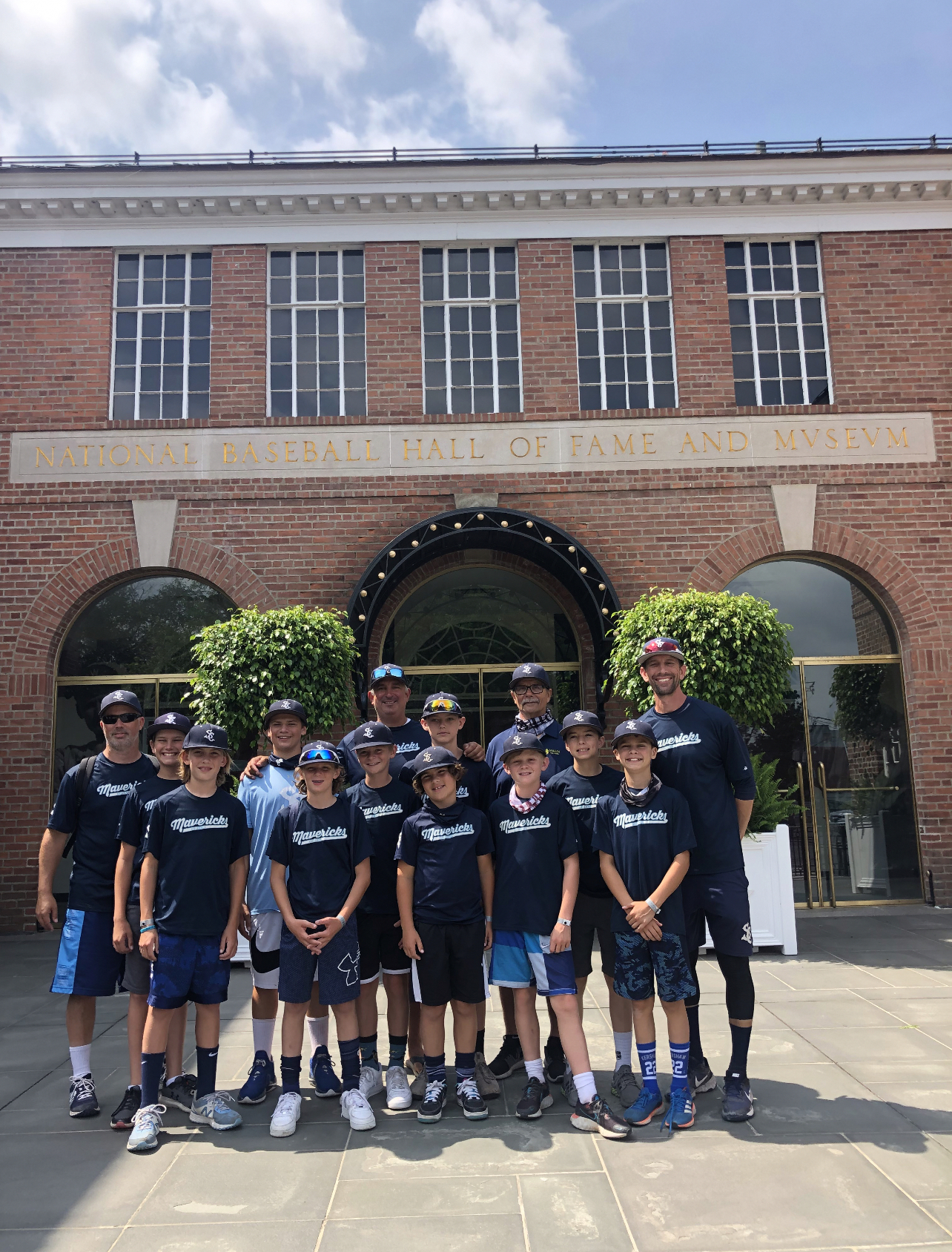 Earlier this summer, a group Santa Cruz County baseball players joined the Surf City Mavericks and lived out a dream.

Traveling to Cooperstown in upstate New York, 11 boys and their coaches took part in the annual baseball tournament that pits players against teams from all over the United States.

Not a bad ending to a year that began with all the kids stuck indoors and not even able to play ball due to the Covid lockdown.

“It was everybody’s vision to get there,” says coach Matt McDonnell. “Especially with all of the trials and tribulations just to set foot on the baseball field. It was pretty emotional.” 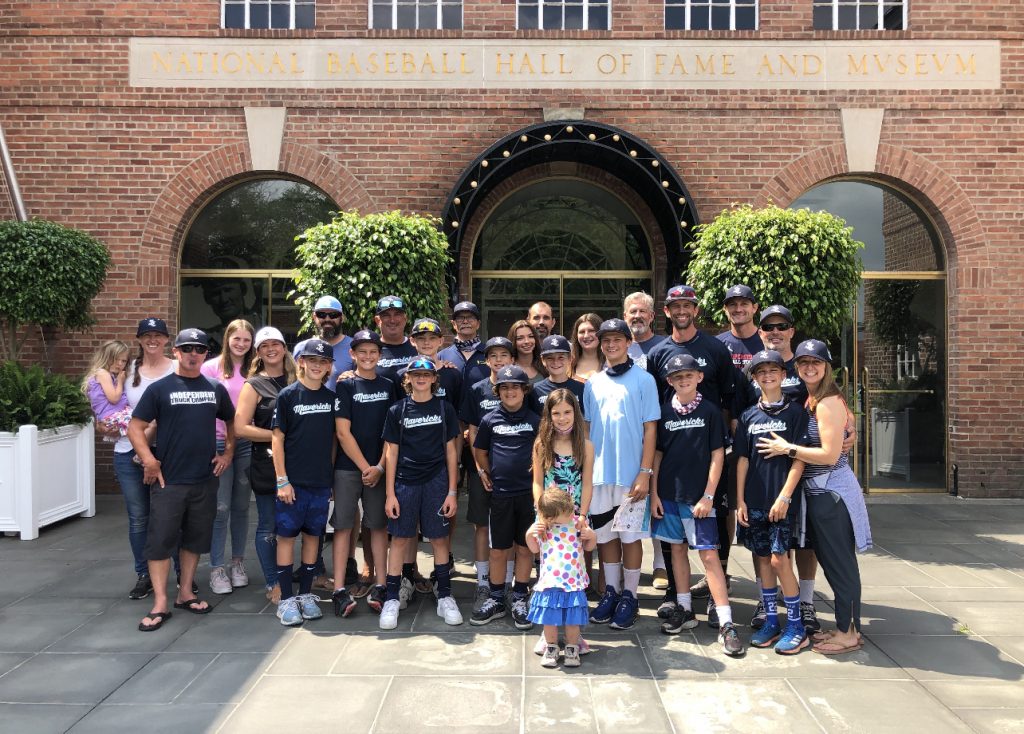 Out of the house and on to the Diamond

Sometime in July last year, Warren Gravely, Jeff Acton, Jim Martin and Matt decided there must be a way to get the Mavericks back on the field before their skills got rusty.

“It was the first time the boys were unencumbered,” says Matt.  “It was a little piece of normalcy.”

So he set up practice three times a week. All the while adhering to strict Covid protocols.

“It kept the boys playing when there was nothing else to do,” says Matt, adding it was also a bonding experience. “A lot of the boys (ages 11 and 12) have been friends since second grade.”

After working out for a while, the team put their proverbial toe in the water, traveling to baseball tournaments within the state, even traveling to Arizona because opportunities were so limited in California. “This was all so we would be ready to play in Cooperstown,” says Matt.

All the while, they maintained the collective dream of traveling to the Cooperstown All-Star Village. “I didn’t think it would happen,” says Matt, referring to the financial and logistical details that needed to be arranged.

The Cooperstown All-Star Village was founded in 1999 by Martin and Brenda Patton, a local business couple with a vision to provide young baseball players ages with a major league baseball experience.

The Pattons built a world-class facility with professional ballfields and uniforms for the players.   The final result is Cooperstown All Star Village is America’s first and only baseball resort and tournament camp where players compete in week-long tournaments.

There were 45 teams in the four-day tournament. The Mavericks played against: Royal Blue Hawks from PA, Newport Surf from Southern CA, Elite from Illinois, East Coast Power Baseball from PA, Orinda Renegades from Nor CA, and the KIYBSC Bucs, Kent Island, MD

The Mavericks went 4-2-1, and that’s counting the rain and hail delay in one game.

“It was great for the small-town boys, who have a limited opportunity to play in large tournaments,” says Matt. “We’re always a competitive team but we were a bit younger than many players who were 13.”

Of course, the icing on the cake was their trip to the Baseball Hall of Fame, capping off the trip of a lifetime.

*Did not travel to Cooperstown