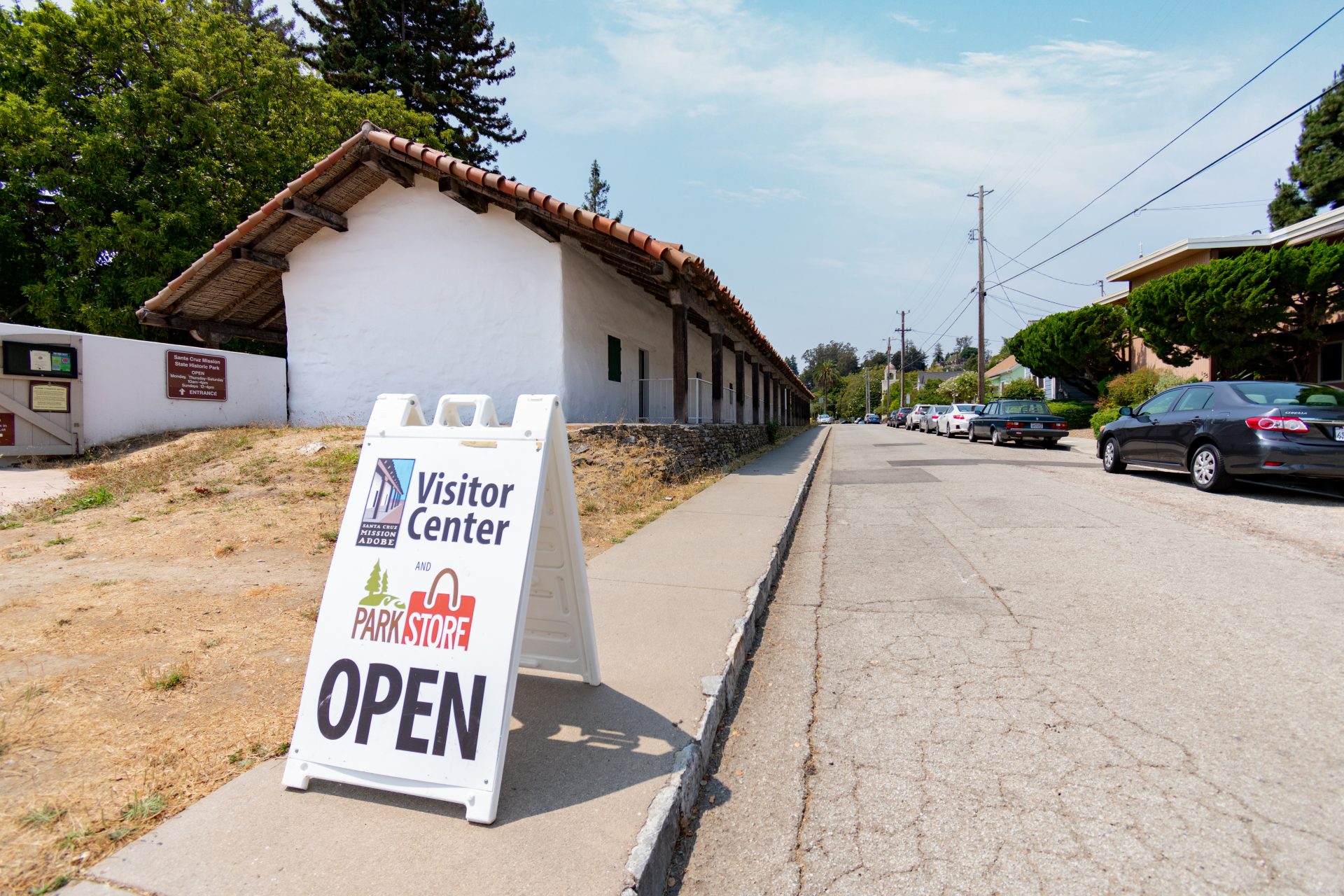 Friends of Santa Cruz State Parks is celebrating 10 years since the organization rallied the community to save Santa Cruz Mission State Historic Park from closure. In spring of 2012, with a looming state budget shortfall, the Mission was one of hundreds of State Parks across California slated for closure before Friends stepped in to co-manage and fund park operations.

Built between 1822 and 1824 by local Ohlonean and Yokuts Indians, Santa Cruz Mission SHP is home to one of the oldest buildings in Santa Cruz County. The park’s signature adobe is the only remaining structure from Mission Santa Cruz, founded in 1791. The Mission was built on the traditional lands of the Uypi people, and many Californian Native American tribes and families were impacted by it. Park staff have consulted with the local Native community to listen to and support their needs, and interpretation at the Mission has been updated in collaboration with the Amah Mutsun Tribal Band. Learn more: Santa Cruz Mission SHP (ca.gov).

The Mission was secularized in 1834. After decades of private ownership, the adobe was sold to the State of California, extensively restored and finally opened in 1991 to the public as Santa Cruz Mission SHP.

“Taking a leadership role in operating the Mission was a pivotal moment for Friends and our decades-long partnership with State Parks,” said Bonny Hawley, executive director of Friends. “We are proud of the work we’ve done to raise awareness about the Mission, support improvements and build community understanding of the park’s complex history.”

Friends funds interpretation services and a portion of park operations, as well as runs the Mission ParkStore. Friends, in partnership with State Parks implemented key improvements at the park including a remodel of the patio, the opening of new interpretive exhibits, renovated outdoor cooking facilities, floor replacement and improvements, garden restoration and new hours of operation to serve thousands of local school children.

Friends also has worked hard to put the Mission “on the map” for visitors, through events and special programs, including the wildly successful Mole and Mariachi Festival, concerts, a fashion show, First Friday art shows, Movies at the Mission, Tacos on the Terrace, translation of State Parks materials to Spanish, use of the Mission for private events, and the publication of The Mission Santa Cruz Mystery by Melanie J Mayer, which is available online.

The Mission is one of just four adobe buildings left in Santa Cruz County and is the only building of its kind preserved as a museum in the State of California. Santa Cruz Mission SHP is located at 144 School St. in Santa Cruz. It is open daily Thursday through Monday and is now welcoming back in-person school field trips.