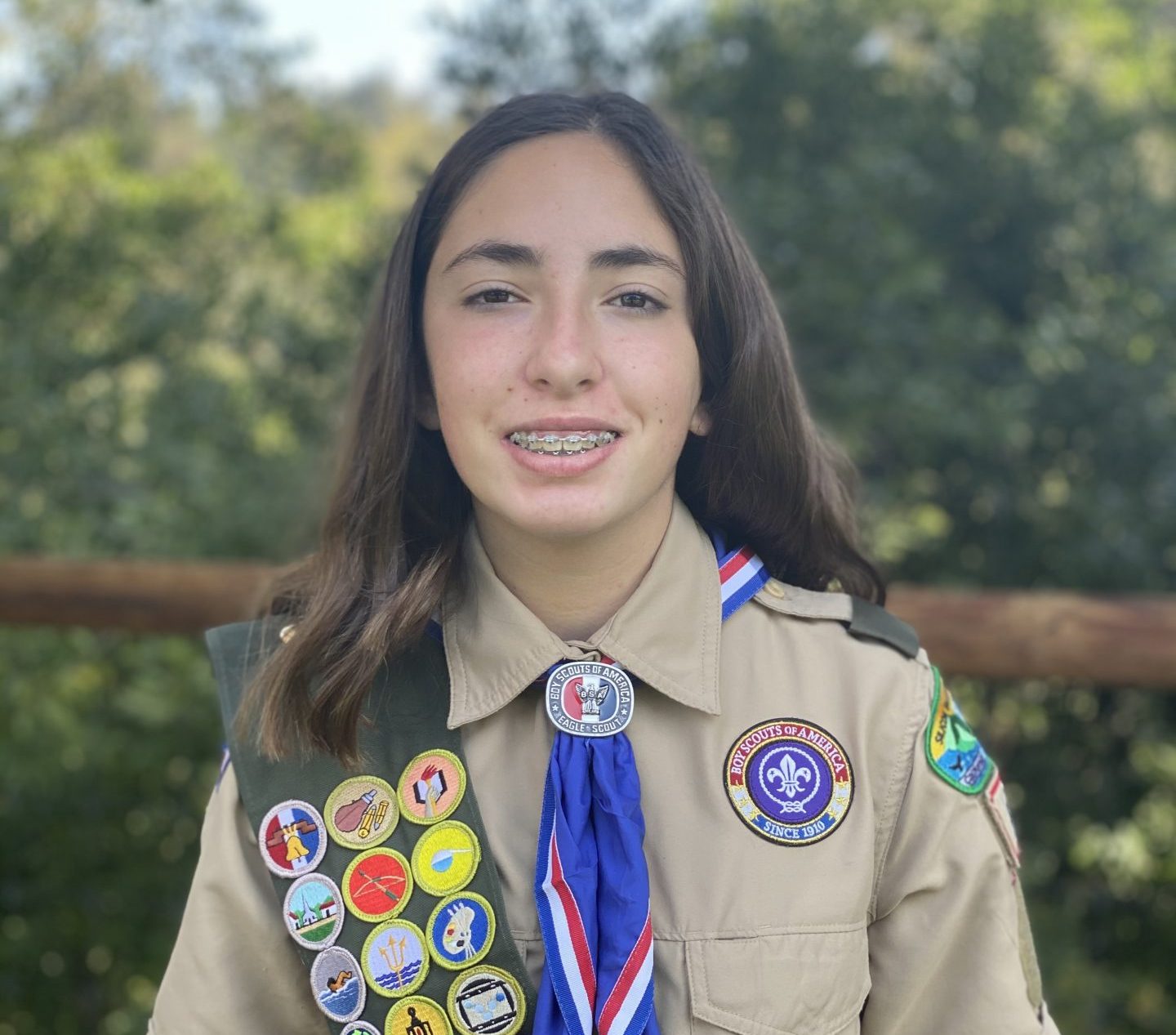 Leah Cawley is walking in rarified air as the first young woman in Monterey Bay to earn her Eagle Scout Badge.

Eagle Scout is the highest rank attainable in the Boy Scouts of America. Since its inception in 1911, only 4 percent of Scouts have earned this rank. The honor is based on earning 21 merit badges, attitude, service and leadership.

“It feels really good after all the work I’ve put in over the last two years,” says Leah, 13. Leah is one of only 14 girls in the Silicon Valley/Monterey Bay troops to achieve the honor.

Quite an accomplishment for all the girls, considering the Boy Scouts only opened its ranks to girls two years ago.

One significant task that Leah, who attends Scotts Valley Middle School, accomplished was to build a rainwater harvest system over the PTA shed at Vine Hill Elementary School.

The rainwater harvest system was part of Leah’s Eagle Scout Service Project. The project’s intent is for the Scout to demonstrate leadership of others while performing a project for the benefit of any religious institution, any school, or his community. The 255-gallon collection system runs to a downspout, which goes to a drip line that irrigate plants in the school’s Life Lab.

“It reduces flooding and lowers the school’s water bills,” says Leah, who attended elementary school at Vine Hill. “I wanted to give back to the Life Lab.”

Leah’s feat was noted by Congresswoman Anna Eshoo, who sent her a letter acknowledging her lofty accomplishment. The Scotts Valley Rotary Club also joined recognized her.

Because of all her hard work, Leah was one of only a handful of students accepted into the prestigious Archbishop Mitty High School in San Jose. She will transfer there after graduating from middle school.

It seems like the sky is the limit for the young woman. “I want to be a marine biologist,” she says. The ocean is really cool. I want to explore it more.”

One can bet that she will do anything she puts her mind to.

Live Your Dream at 34 Casa Way in Scotts Valley!