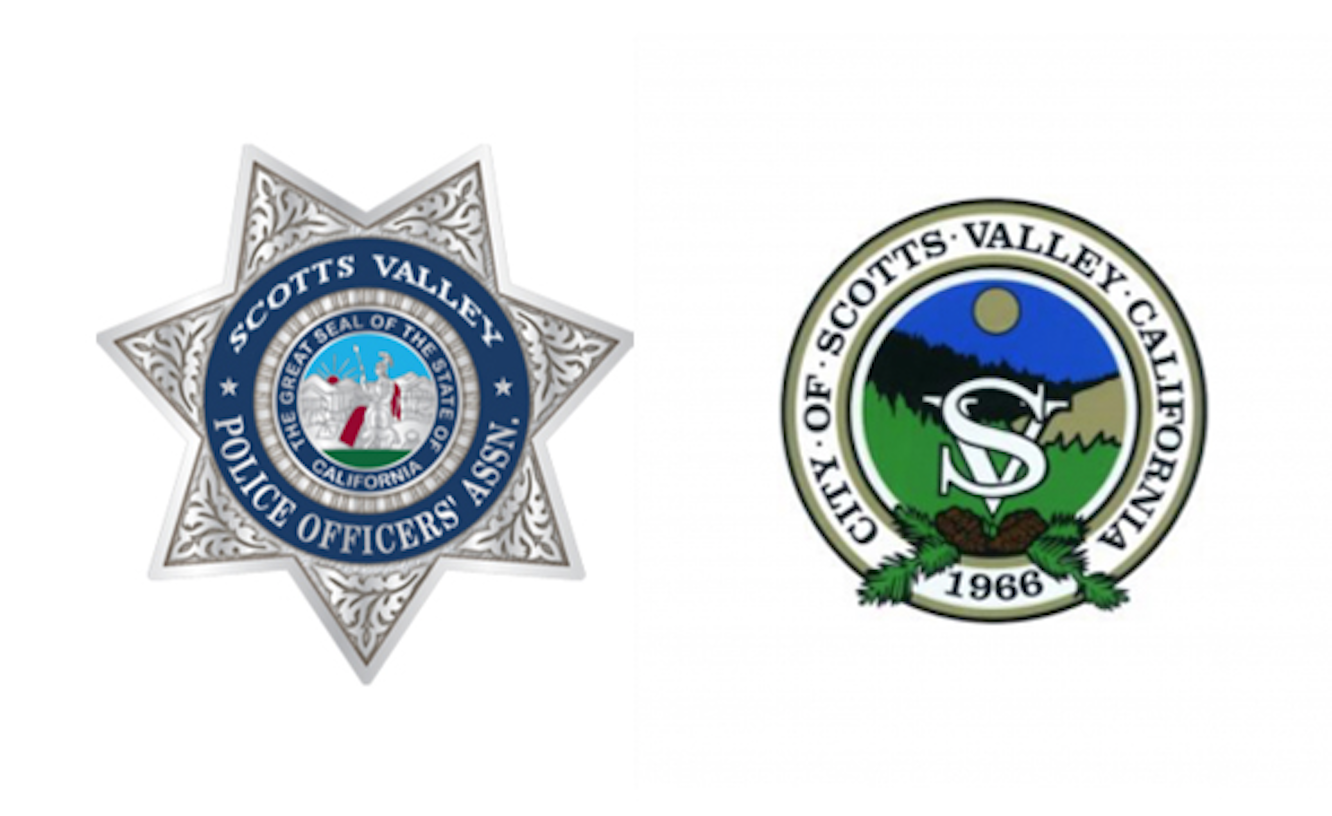 The following is a posting and letter from the Scotts Valley Police Officers Association that we were recently asked to share, followed by a response (scroll down) to the letter by current Mayor, Derek Timm.

Stop the Bait and Switch with your tax dollars and save your PD.

Our fellow community members / tax payers / friends, your dedicated Police Officers’ Association can no longer remain silent about a lack of transparency regarding the critical status of your police department, the dramatic decrease in services (resulting in spiking crime trends) and the allocation of your tax dollars which are not consistent with your expressed intentions.

We are in the process of drafting a document to explain all of these in great detail and will make this available for your review on the Scotts Valley Police Officer Association Facebook page and our Instagram. The following is a short example of some of the information contained therein.
The City of Scotts Valley recognized a staffing emergency at the police department due to exorbitantly low pay (28% less than next comparable) and they came to the voters to pass Measure Z to prevent a reduction in Police services. Our community overwhelmingly supported this measure as they value living in a safe community.
Since the passage of this measure:

• 0 cents have been given to the PD or their officers.
• 0 Detectives / Investigations Unit is where the department currently stands because of an increasing staffing crisis.
• 0 traffic enforcement Officers. - Staffing is down to 50% of budgeted positions and the majority of our experienced, tenured officers have lateraled elsewhere, including two Sergeants going to other agencies as officers.
The City Finance Director had an abrupt departure from employment with the City with minimal explanation.
One staggering statistic: in 2019 burglary calls for the year in Scotts Valley numbered 48 and nearing the end of 2020 we currently have 87.
As our entire community struggles to navigate all of the challenges of COVID-19, we are right beside you and understand many of the unforeseen hardships. Many of your Officers have spouses who have lost jobs, have children at home participating in distance education and have the constant worry of inadvertently bringing the virus home and infecting their families. Many of your officers were forced to evacuate their homes during the recent fires while still working double time to protect the citizens and their property. We suffer and we fight right along side the amazing members of this community.
The POA and the City entered into contract negotiations in March of this year, immediately after the passage of Measure Z. Due to the unknown impact of COVID-19, and despite their promises to the community and their officers, the City chose to offer 0% pay raises.
Discussions continued past the contract end date in July with no changes. The POA has been working without a contract since that time. At our most recent discussion, the actual impact of COVID-19 on the financial outlook of Scotts Valley, which was initially presented as extremely dire, has dramatically improved and our financial reserves, which were initially estimated to drop down to 17% (still much higher than all other jurisdictions in this county), will be double that figure.
We want to inform the community about these glaring issues, our critically low staffing levels, and explain them all in greater detail while addressing how this has and will continue to impact the safety and security of Scotts Valley.
Please check in again next week when we will provide a comprehensive analysis of the current state of affairs at SVPD.

Our Scotts Valley Police Officers do so much for our Community, and everyone in leadership agrees that we want to support them in every way we can. To say this year has been difficult is an understatement, not only for our Police but for all our businesses and our community members.

At the beginning of March, if Measure Z had failed, budget projections showed our City being in the red in 2021 and heading toward a financial reckoning. But Measure Z succeeded, and we were all feeling hopeful about the City being able to provide pay increases to our officers, as well as solidify the finances of the City.

However, that relief soon turned to concern when just two weeks later, the first Covid lockdown began. As hotels and restaurants shuttered, so did our hope about the state of City finances. Projections showed our City budget down nearly 20%. To make matters worse, the pandemic made it impossible to predict when revenues would return, or what the future economic climate would look like.

As a result of the budget, we had to lay off long standing and well-loved City staff, make many strategic shifts and change our focus to the City’s survival. Measure Z was to go into effect on July 1st, and that now became a life-raft- rather than a rescue boat. To add insult to injury, we then faced wildfires and evacuations which further hurt City finances. Further, the City did not start receiving Measure Z funds until Oct/Nov. While the Sheriff and other Cities in our County began laying off officers, we were able to maintain because of Measure Z and our caution. As the year evolved, the budget picture began to look a little better- but mostly because much of the savings were from unfilled positions that were frozen.

At year end, our hotels are not back to normal, and are now facing a 2nd shutdown. The TOT tax revenue the City receives from hotels, was down nearly 30%, plus there are losses the City is still facing from the shutdown that will come out of our general fund. The latest lockdown will last a minimum of 3 weeks, and its budget impacts are unknown at this point. Restaurants receipts were down 50-60% during the first lockdown, and we anticipate similar losses with the current shutdown, with resulting budget impacts. Our retail sales receipts on the other hand were not down as much as anticipated, and our City began receiving some tax revenue from online shopping, which has helped.

It is never a good plan to spend with reckless abandon, and as stewards of our City’s budget, we must instead spend carefully with mindfulness to what our community can support based on real data. No one could have predicted what 2020 had in store for us, and we are following the financial recommendations made by economists and financial analysts. To have our Police Department feeling undervalued breaks my heart. We hold our PD in such high esteem, and their importance to us this year cannot be overstated.

It is easier to point fingers at each other than to point them ahead. Let’s instead point toward the future together where we can get our Police Department back to full staffing. If you see a SVPD officer, say thank you. Their sacrifices this year will not be forgotten. From this tragic year our City will emerge stronger, and we hope to be able to provide our PD with funding that matches our gratitude.