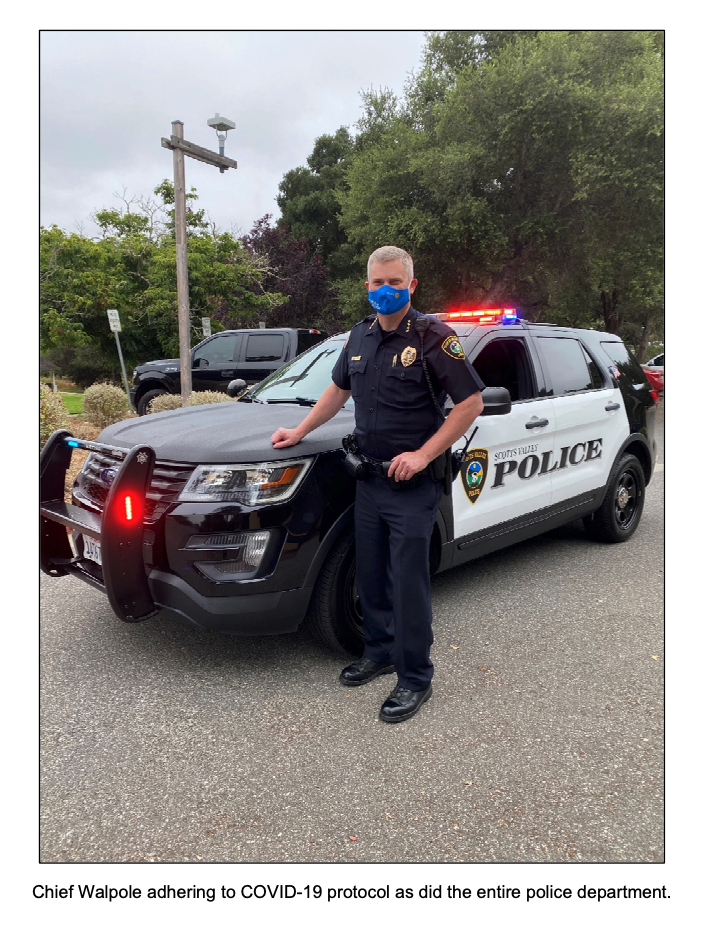 The Scotts Valley Police Department has just released its 2020 report. While some crime was up, some was also down and Scotts Valley remains the safest city in Santa Cruz County. 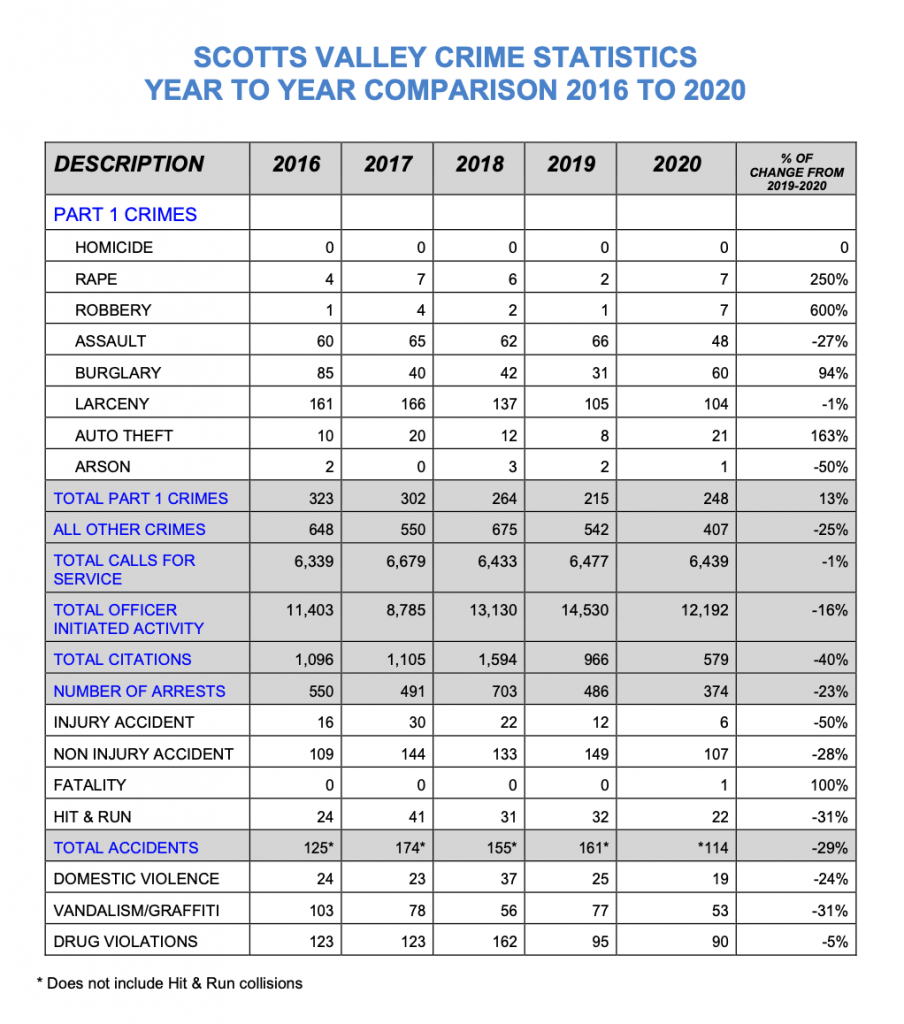 Total part one crimes (rape, robbery, assault, burglary, larceny, auto theft, arson) were up 13%, while all other crime was down 25%.
Total citations were down 40% as was number of arrests by 23%.
Total accidents were down 29%, domestic violence down 24%, vandalism/graffiti down 31% and drug violations were down 5%.
• Read the entire report including a recap of 2020 from the perspective of SVPD at: https://myscottsvalley.com/wp-content/uploads/2021/08/SVPD-Year-End-Report-2020-FINAL.pdf