The Hangar at Sky Park Takes Off

The Hangar at Sky Park Takes Off 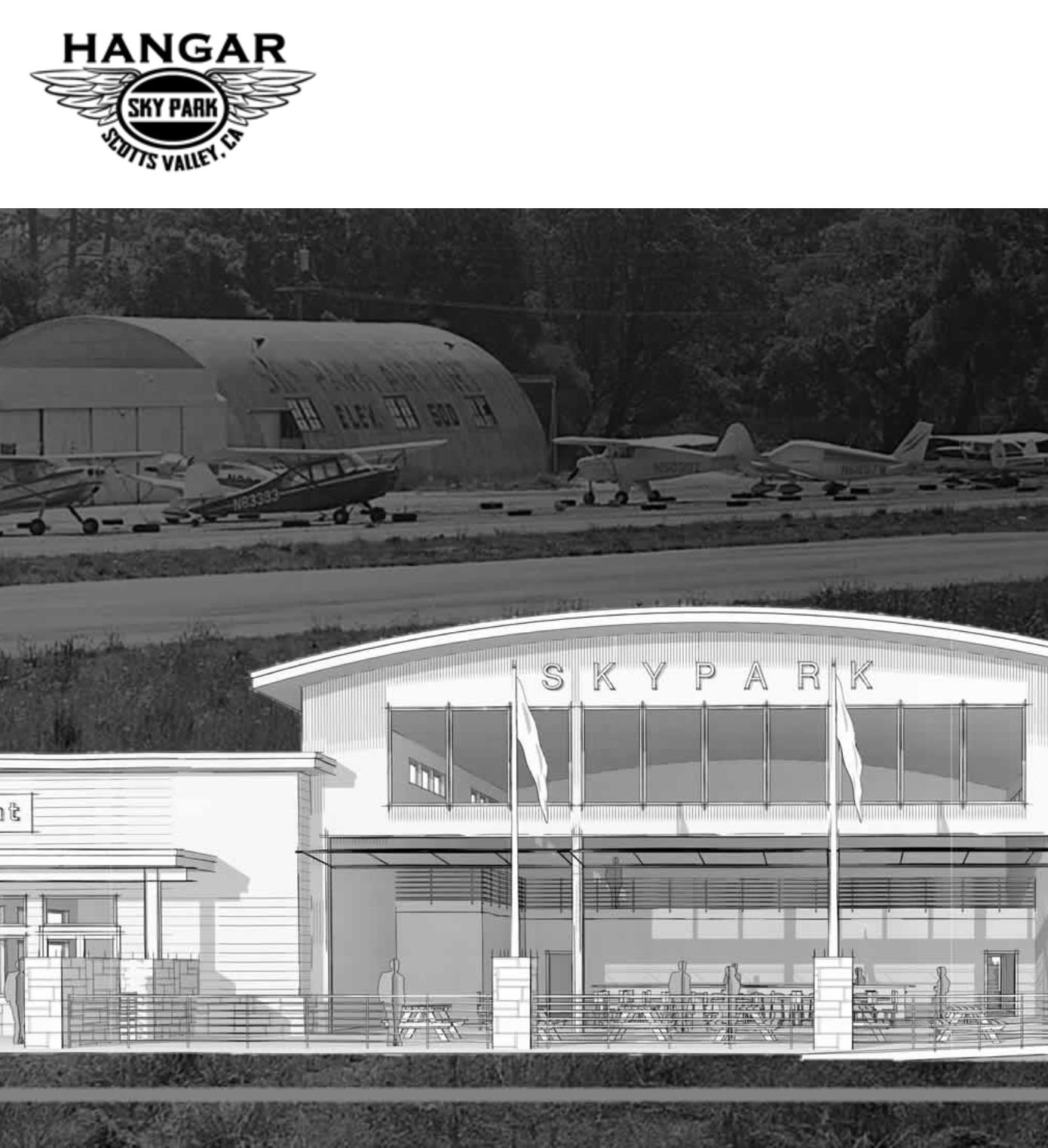 Three of the four retail spaces are now leased at the new Hangar at Sky Park, with the first tenant slated to move in later this summer.

The approximately 12,000 square-foot-building is located at 260 Mt. Hermon Road on the former site of Suburban Propane, adjacent to the now-vacant K-Mart.

“The Hangar at Sky Park is a creative economic development,” says Corbett Wright, who developed the site with partner Rob Stuart. “We’re looking at things as a long-term investment.”

The Penny Ice Creamery will be the first business to take occupancy in early August. They will, however, also have a presence in the Scotts Valley 4th of July Parade.

The shop is owned and operated by Chef Kendra Baker and business partner Zach Davis, who have Penny Ice Creamery locations in downtown Santa Cruz, Mid-County, and Aptos.

“The big difference with our ice cream is we make it completely from scratch,” says Davis, referring to the company’s gourmet ice cream and sorbet.

The dynamic duo is well-aware that some skittish businesspeople might say the aftermath of the pandemic could be a risky time to open a store. “It’s an interesting time to think about opening something new,” says Davis. “We want to maintain the faith that we’ll get through this.”

The next store to take occupancy in late August will be For Home by Zinnias. Owned and operated by Dedra & Tim Bennett, the current store in Graham Center is an eclectic gift shop and has been serving the community for 15 years.

Their new location at the Hangar in Sky Park will focus on unique items for the home. Items will include beautifully crafted home goods, curated textiles, cozy furniture, and elegant tabletops. The store will also employ design professionals to assist patrons.

The Tap Room, which will also have a restaurant, is slated to open sometime in late fall. The Tap Room has ample outside seating as well as inside. More details will be revealed this summer.

Originally scheduled to open in the summer of 2020, the project came to a full stop when the pandemic swept the world. “It’s been difficult building during Covid,” says Wright. “It was hard to get inspections and materials. It took eight months to get the heaters. It’s difficult enough when you don’t have a pandemic.”

The Hangar at Sky Park is just part of a larger vision called Town Center. The Town Center has been discussed for 20 years but has run into snags with various buyers because of the complicated ownership of the land. The City of Santa Cruz owns the land right in the middle of the would-be project. Two private parties own the other two plots of land.

Santa Cruz owns a part of the property because the Sky Park Airport served the county from 1947-1983.

As the saying goes, better late than never!