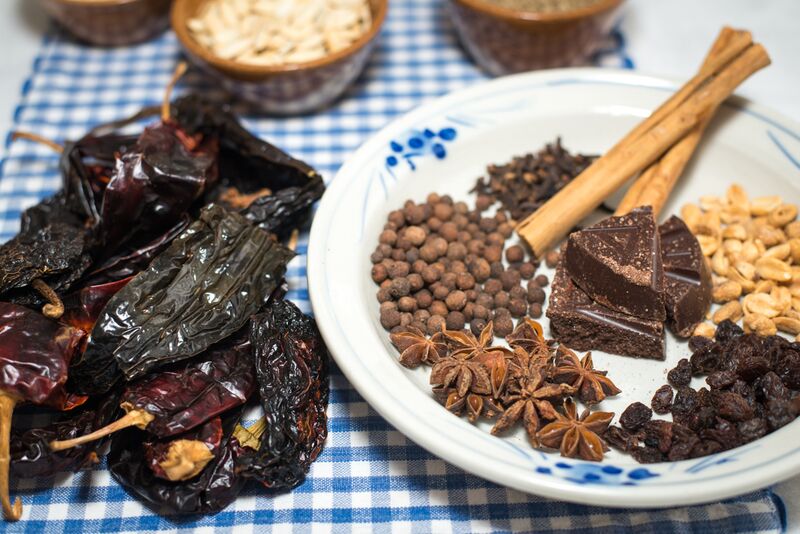 Friends of Santa Cruz State Parks (Friends), a non-profit organization dedicated to sustaining the legacy of our local state parks and beaches, has announced the chefs and judges taking part in its third annual Mole & Mariachi Festival.

The festival will be held on Saturday, Sept. 19 from 11 a.m. to 5 p.m. at Santa Cruz Mission State Historic Park (144 School St.) in downtown Santa Cruz. Admission is free.

Six competitors will prepare mole, a traditional Mexican sauce, sometimes made using chocolate, for festival-goers to sample. Mole tasting kits will be available for $10.

Festival attendees and a panel of local celebrity judges will rate the mole and awards will be bestowed on the best sauces in two categories: Peoples’ Choice and Judges’ Choice. The event is a benefit for Friends in support of Santa Cruz Mission State Historic Park restoration projects, educational programming for school children and community cultural events at the park.

Festival guests may purchase great local food, beverages — including beer from Discretion Brewing and chavelas, a drink made with beer, tomato juice and spices — and raffle tickets. Free activities for children include piñatas every hour, face painting, crafts, bubbles and a mural project coordinated by the Santa Cruz Museum of Art and History.

In addition to mole, attendees will enjoy a wide variety of offerings from food vendors including The Penny Ice Creamery, Garcia Fish Tacos, El Chipotle, Taqueria Lidia and Sazon Mexicano, as well as churros and more.

A diverse array of artists will display and sell work at the Mole & Mariachi Festival, including folk art and handmade crafts from Mexico by Hand and Mexican-themed decoupage plates from Creative Women. Printmakers participating in the Ayotzinapa 43 project will offer original prints and postcards. Artesanias, Alejandro’s Trade and Sivia’s Studio also will have items for sale. Friends’ ParkStore will also offer merchandise, with proceeds benefitting local state parks and beaches.

Proceeds from the festival benefit the park, including restoration and improvement projects. For more information, visit http://www.thatsmypark.org/projects/santa-cruz-mission/mole-andmariachi-festival.

The Santa Cruz Mission State Historic Park, “Your State Park Downtown,” is home to the oldest building in Santa Cruz County. Built between 1822 and 1824 by local Ohlonean and Yokuts Indians, the park’s signature adobe is the only remaining structure from Mission Santa Cruz, founded in 1791. One of just four adobe buildings left in Santa Cruz County — and sometimes confused with the nearby replica mission chapel — it is the only building of its kind preserved as a museum in the State of California. The adobe served as housing for Neophyte families who lived and worked at the Mission, which operated until 1834 when it was secularized. After decades of private ownership, the adobe was sold to the State of California, extensively restored and finally opened in 1991 to the public as the Santa Cruz Mission SHP.

Friends of Santa Cruz State Parks saved Santa Cruz Mission SHP from closure in 2012. Friends funds interpretation services and a portion of park operations, and also runs the Mission ParkStore. In addition, Friends has implemented key improvements at the park, including a remodel of the patio, the opening of new interpretive exhibits, renovated outdoor cooking facilities and new hours of operation to serve local school children. Friends also established the Summer Series, a popular series of cultural events at the Mission that culminates with the Mole & Mariachi Festival each September. The park is supported by the Mission Committee, members of which include representatives of Friends, State Parks and dedicated community volunteers.