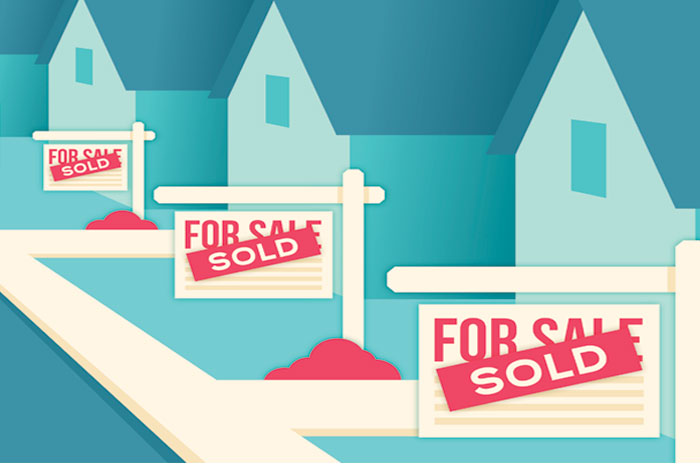 Is this the hottest that we have ever seen the Scotts Valley real estate market?

I do not know that it has ever been this hot for a first half of any year. The stats show an incredible and sizzling market that could have been even hotter, but it cooled off earlier than normal in the beginning of May up until around mid-July.

Every year we see a cooling period that lasts 2-3 months at most as we get towards the end of the school year, graduations, vacations and people taking a break to enjoy the great outdoors that our area offers. Late May through August is when we typically see the cooling period, but this year the cooling period started about a month sooner with the anticipation of California opening back up on June 15th that had an entire state itching to get out of their homes.

However, the market does appear to be heating back up again. More on that later.

To put it in perspective, the average sales price in the Scotts Valley area for the first half of 2021 was $1,597,891 which is a whopping $462,000 higher than at the end of the first half of 2020 ($1,135,891). This does not mean that homes went up almost $500k in value, but it means that this year people were not afraid to spend big dollars on higher priced homes and the numbers reflected just that. Although, some homes and neighborhoods did experience a huge rate of appreciation and more people paid more for the same homes year-over-year. In many cases, buyers paid $200-300k more than what others were paying just a few months prior for the same type of home and neighborhood.

But it also does not mean that in order to buy a home you have to pay close to $1.5 million. On the contrary, there were 31 closings in the first half between $750k and $1.2 million that were single family homes and a total of 35 condos and townhouses with an average sales price of $760,748.

Right now the industry is averaging a 20 days on market, which is 14 days less than the 34 days on market average in the same time span last year. That is a difference of 59%. Simply put, the demand was much greater this first half of the year than last year and in the past five years.

But not only did homes sell for over $50k above asking on average, more homes than ever closed coming in at 156 closed sales in the first six months. That beat out the previous record of 155 back in 2002 when Skypark homes homes sold for $475k and the Vineyards sold for $650k, remember that? And the last time we had over 100 homes sell in the first 6 months of the year was 2015.

So homes averaged almost $1.6 million in sales price, sold for over $50k above asking (103% of sales price average), at almost $500k more than the same time the year before, at a 59% faster pace, with the highest amount of sales on record for any first half… Yes, this first half was the hottest we have ever seen. EVER.

And yes, the new sales prices of today are now the new norm.

If you recall, I closed a sale in January in Skypark for the largest floorplan for $1.4 million and it was big news, a record price for the development that sent shock-waves throughout town. Now I am closing this coming week on a smaller model at Skypark again at a record price, located at 304 Piper Cub Court.

• Related: How we sold a house in Skypark for $1.4M and what it meant for area prices

I just closed a home in the Deerfield development at a record sales price of $1,750,000 at 14 Deerfield Drive which was $50k higher than a closing on the same street with a pool just weeks prior. But that record will be shattered on a new sale that I just put into escrow and is closing within a week of this writing at 22 Deerfield Drive.

Remember that beautiful home I listed at 2001 Bean Creek Road for $1,599,000? It sold in a week at almost $300k over the asking price. It was a spectacular home that was a lot of fun to get ready, stage and have our outstanding professional photography and videography crew work on. It had over 50 different sets of home buyers at the open house and the parking was full the entire 3 hours of the open house. It was truly special and was priced and marketed perfectly. 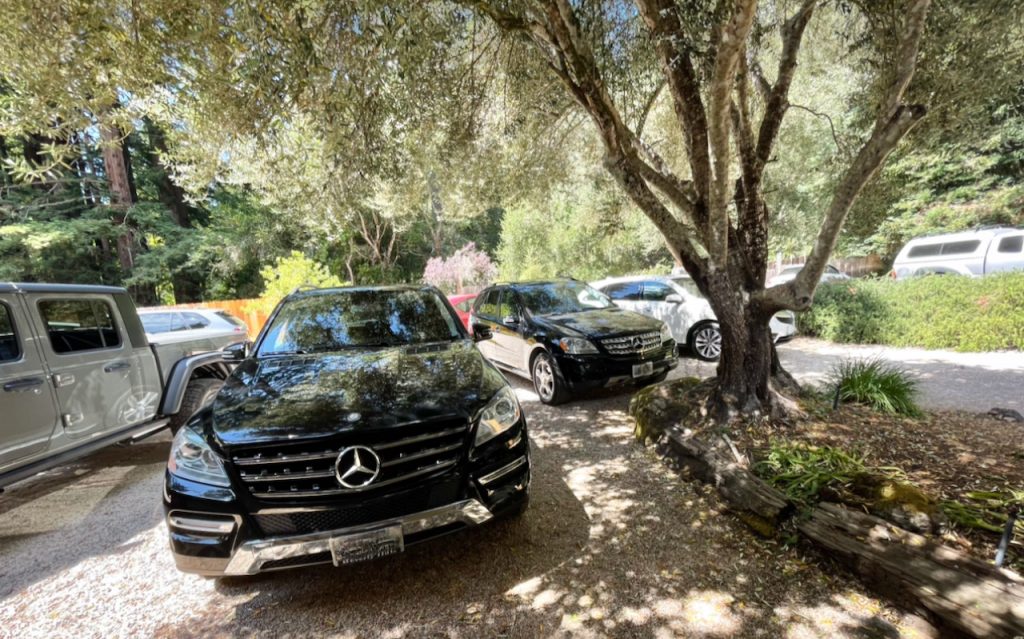 Also this year, a home at 895 Rider Ridge Road in Santa Cruz (Zoned in Scotts Valley area) sold for $605k above asking on April 25th.

I could go on and on, but you get the picture. But what is also important to note is that not all homes will sell for $200k over-asking or even at asking. Some homes are in a special spot, a special floorplan and home, and some are in a particular area and have been updated or remodeled tremendously. Not all homes are the same, even if in the same neighborhood. Some homes are updated, some are not. Some are right next door to a gas station while others are next to a beautiful park.

What is also important is that you get your home looking as nice as possible with the right paint, staging, photography, video and marketing because you never get a second chance for a first impression. I still can’t believe, in 2021, some of the photos I see of homes on MLS. You have to make an impact from the beginning and your home has to capture people’s interest in addition to being marketed to the tens of thousands of people that are out shopping for a home. I just can’t overstate this.

WHERE IS THE MARKET HEADED?

So where do we go from here? As stated, the prices of homes you see today are the new norm. I have been writing this for some time now and it holds true that Scotts Valley was undervalued for decades but it has now been discovered. 20 years ago you could buy a share of Apple for a fraction of what you would be paying today. I remember hearing stories of grandparents stressing over their mortgage payments for a $15,000 house. It is all relative to time and how prices change through the years and real estate is no different.

Now, with interest rates staying relatively low and making home-ownership more affordable, especially in this area which is a lot more affordable than Silicon Valley, I expect a solid second half of the year. In fact, I am once again feeling the market heating up a bit as I put 5 homes on the market in the last month and 4 out of the 5 sold with multiple offers within a week. The 5th already has an offer after a week that we may be negotiating with. Again, I do not see it coming close to the first half, but even then it will remain solid with the supply and demand ratio being as unbalanced as it is.

If you are a home buyer and you were looking for a good deal, you missed the peak for home buyers a couple of months ago. But you can still get a good buy if you look hard enough and are realistic with your expectations. But if I can give you two things to think about that will help you, they are:

As stated above, if you are a home seller, get your home ready, stage it, use the best photography and video along with custom websites and make sure your agent has a powerful marketing and action plan that includes social media. There is a reason why some agents get most of the business, are the most recommended and why their sales price averages are the best in the business. It does not come by accident. Its strategic planning and follow-through. 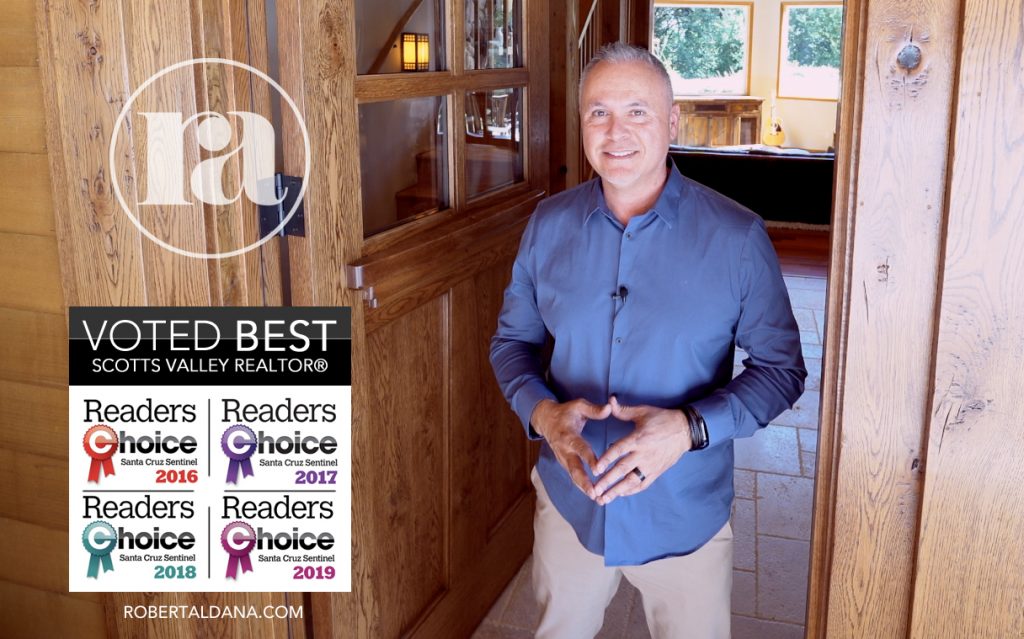 ABOUT ROB: Robert Aldana is a 35+ year licensed real estate veteran with Keller Williams Realty, recognized as being in the top 1.5% of agents in the Nation and also a long-term resident and homeowner in Scotts Valley.

Robert is the agent chosen by more Scotts Valley area home sellers and buyers than any agent or team, and was awarded the Santa Cruz Sentinel Readers Choice Award as the Best REALTOR® in Scotts Valley for four straight years. Robert is also the ALL-TIME leading real estate agent in Scotts Valley sales, and most recommended agent in the NextDoor online community.