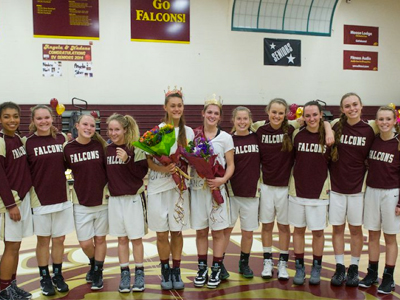 Both players led the Lady Falcons to a successful season and into post-season play. The dynamic duo were also only the 3rd and 4th player to score 1,000 points in team history, a rare feat to accomplish, and much rarer to both do it in the same season AND in the same game.