Alternatives for SVMS During Construction of New School Being Discussed

Alternatives for SVMS During Construction of New School Being Discussed 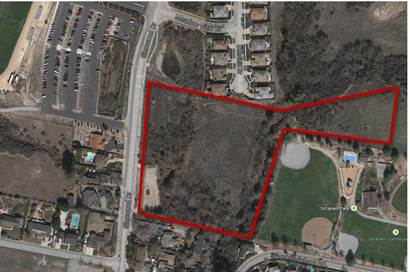 With the passage of Measure A, the Scotts Valley Middle School with be completely rebuilt and there have been questions, concerns and research as to where the students will be placed during the construction. The three “best” solutions at this time are:

The following report has been prepared by Wade Leishman with great detail and a thorough analysis of each of the above scenarios and solutions.

If you have an interest is hearing more and giving your input, please plan on attending the next SVUSD Board Meeting on Tuesday, December 9th at 6pm which will take place at the City Council Chambers at One Civic Center Drive, in Scotts Valley. Click here for more information and map to the meeting.

If you have any questions, please post them below or go to the Facebook posting to encourage a group discussion on this very important matter.

The goal of the committee was to review/discuss possible options/alternatives for “alternative housing” of where we can temporarily relocate the SVMS students while construction on the new middle school occurs. In a perfect (although aggressive timeline), the hope is that an alternative location could be decided on, with build-out starting ASAP, for the kids to begin classes at temporary site in the fall of next year (2015) and then demo / reconstruction on SVMS starting right after the end of this 2014/2015 school year this summer taking 2 to 2.5 years to complete.  If the stars align, the reconstructed Middle School could possibly be ready for the 2017/2018 School Year (or possibly Winter Break at the end of 2017 in a less perfect scenario).

There were a number of sites throughout SV and surrounding areas that were reviewed and discussed by the committee for possible fit for space, safety, traffic, etc.  Options ranged between empty lots that would be big and flat enough to house enough portables to existing empty office type space, like “Borland” Building and Aviza (some which would require significant code upgrades or EPA issues to meet state school standards), to unoccupied school buildings outside of Scotts Valley (which means alternative transportation like bussing).  Some of these locations were removed from consideration due to lack of space, lack of a willing owner, already committed occupants or developments (i.e. SkyPark/Town Center and Bethany), too lengthy of a time expected to be able to occupy/build/retrofit, too much $ to retrofit, safety and environment concerns, lack of adequate traffic/parking options, etc.  At the end there were only 2 “real” options that the committee felt would even be possible and worth discussing with the School Board (with a 3rd report possibility in the empty “Target” lot next to the Hilton, although there were doubts if the owner would be willing to negotiate so not vetted by the committee).

One of many other conversations revolved around the possibility the breaking up the grades and leaving some with the elementary school and others move up to SVHS during the new school build time.  Logistically the discussion led to this being nearly impossible between the space needed at the Elem Schools for the portables essentially removing complete play/field area, lack of parking/traffic plus the complete revamp of the current teacher/curriculum between the grades (i.e. some teacher at SVMS crossing all grades, plus all of the “support” staff).  At the end of the day the committee felt this was too disruptive to the overall educational “process” and the “system” that has made SVMS so successful, educationally to have this be a viable option to consider.

The SVMS Alternative Housing Committee will be presenting findings (pros/cons, etc) and “recommendation” of most preferred possible option for alternative SVMS location which was Shugart Park (block of land owned by the city across Glenwood Dr. from the High School where the planned dog park is going to eventually go next to Deerfield neighborhood, shown in Google Maps below).  At initial review, the space is a logistical fit in space/flatness and with adequate prep would meet all of the “must have” requirements for this temporary location.  This would involve the placement of a number of portables (possibly some rented, some purchased with eventual replacement of aging rentals at other school sites once done at this site).  This location would likely require staggering of school start times and ½ days between the temporary Middle School, Vine Hill Elem and SVHS to address traffic as well as shared use of some parts of the High School and Siltanen Park for athletics, etc.  This site is not without concerns or logistical issues and some “unknowns” that would need to be addressed as well as imperfect costs estimates, but keeps the students “in town” and meets all of the space/safety/parking and other education continuity requirements for this temporary middle school scenario.

The only other semi-viable alternative housing option was vacant Redwood Elementary School in Ben Lomond.  I personally expressed considerable concerns with any “out of SV” option and basically said that I would remove my children from the school system before I would have them bussed to Ben Lomond (or W.S. of Santa Cruz, which was eventually removed as a viable option because of building occupancy issues).  The distance and traffic and time, bussing costs were all major “cons” during the committee discussions for the Redwood Elementary option.  Bussing options alone were estimated between $500K-$2Mil/year plus 30-45 minutes travel time (minimum each way) and everything that means to the students and families.  The Redwood Elementary building is newish/modern and would have required only minimal portable additions to provide all of the needed space for the Middle School.  The cons for this option greatly outweighed the pros and the committee felt that the public backlash for moving 600+ kids from SV to SLV for 2 years for middle school would be at a significant negative impact to our community and families and not something that we would hope the School Board would consider lightly.

There is another option, called “Phasing” where the kids wouldn’t be removed from the main SVMS site and the construction would go on around them with relocation on the current SVMS location throughout the project to portable buildings on the current playing field, with several on-site relocations possible during the process.  This would likely mean 3-4 years (or possibly longer) of total construction for the new school and absolute worst case/least preferred method by the Teachers, district leaders, and likely would mean the longest build time, most impact and disruption to the education process, plus safety concerns, traffic concerns, etc.  The new SVMS Architect/builder (whom was selected in late Oct) will present more information/details about the “Phasing” option at the School Board meeting in December.

There will be a public comments period and as this review/discussion is a scheduled Board agenda item, there will be the availability for public comment during the review period.  I’m recommending any and all interested parents to attend the School Board meeting next month, listen to the presentations and raise questions and express opinions to the School Board, who has ultimate decision responsibility/authority. The committee is offering data/opinions/recommendation of our findings with the less than complete data that we have (i.e. don’t have 100% final/negotiated costs for any/all alternatives)