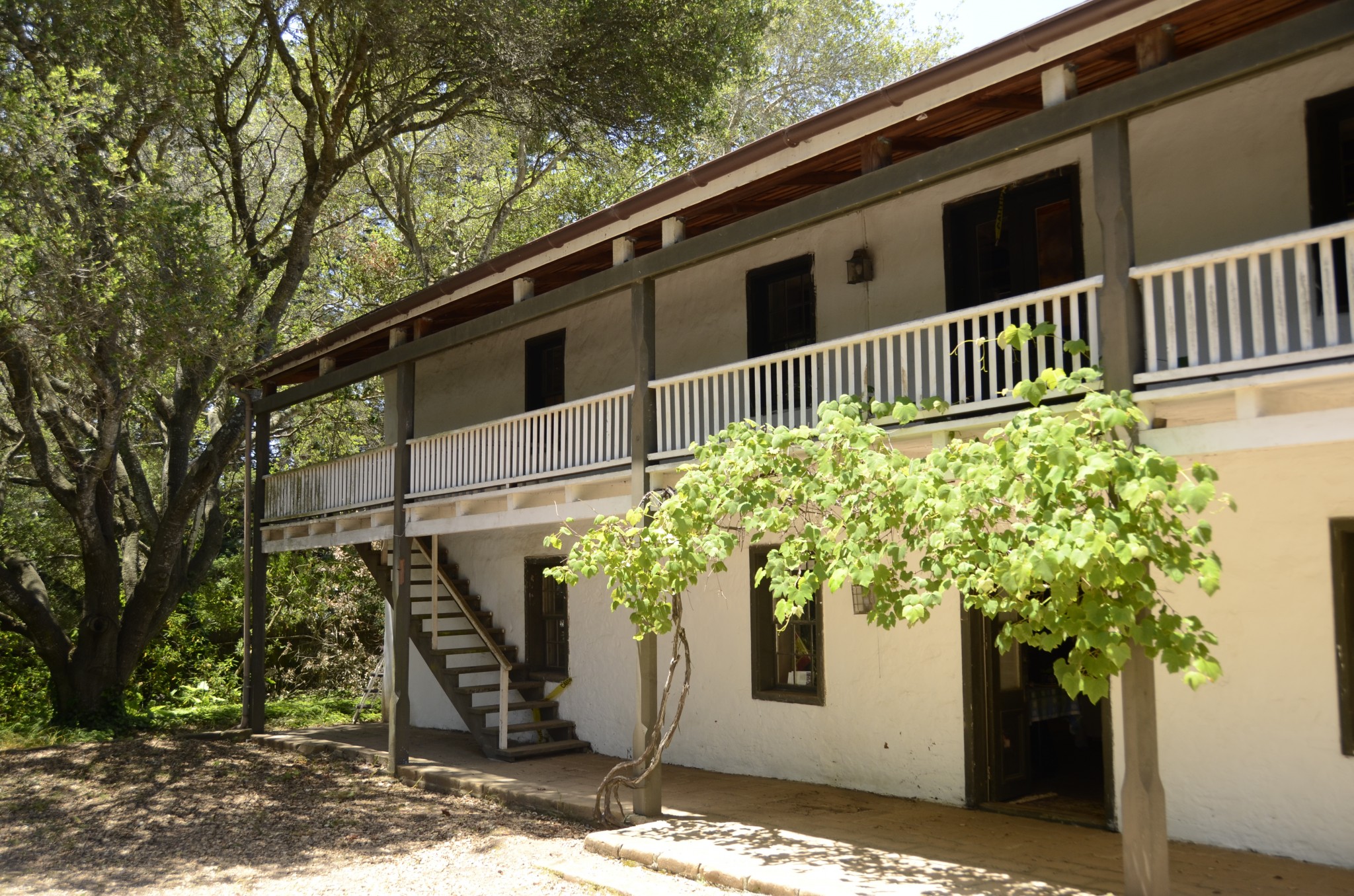 Friends of Santa Cruz State Parks (Friends), a local non-profit supporting 32 state parks and beaches in Santa Cruz and San Mateo counties, along with California State Parks, has announced the Castro Adobe State Historic Park will be open to the public six Saturdays in 2016. Admission is free with donations to support the park gratefully accepted.

Located in Larkin Valley, near Watsonville, the two-story Castro Adobe, built between 1848-49, is one of the finest examples of a rancho hacienda in the Monterey Bay area. Open House visitors will be able to tour the property including the restored cocina (kitchen) and the Potter-Church Garden. The garden is a unique outdoor space originally created by then-owners Elizabeth and David Potter (1968-72), in consultation with noted landscape architect Thomas Church.

Each open house will be themed to highlight an aspect of the historic property. The Open House Days begin Feb. 20 with “Romance on the Rancho.” Enjoy traditional hot chocolate, make tortillas, stroll through the historic garden and more. Future dates include:

The open houses will be 11 a.m. to 3 p.m., with the exception of the August evening event. State Park Interpretive Rangers and Friends’ volunteers will be on hand to offer a “sneak peak” into the restoration process and to assist visitors who would like to enjoy handmade tortillas cooked on the recently reconstructed brasero (stove).

The Castro Adobe is located at 184 Old Adobe Road, north of Watsonville. Parking is extremely limited, so carpooling is encouraged.

Friends is leading a multi-year restoration effort to preserve and interpret the site and is partnering with California State Parks to open the adobe as a State Historic Park. It is Santa Cruz County’s second State Historic Park and the first non-beach state park in the Pajaro Valley. The Castro Adobe is open on a limited basis for special events, such as Open House Days. To follow progress on the restoration effort, visit www.ThatsMyPark.org/projects/castro-adobe.