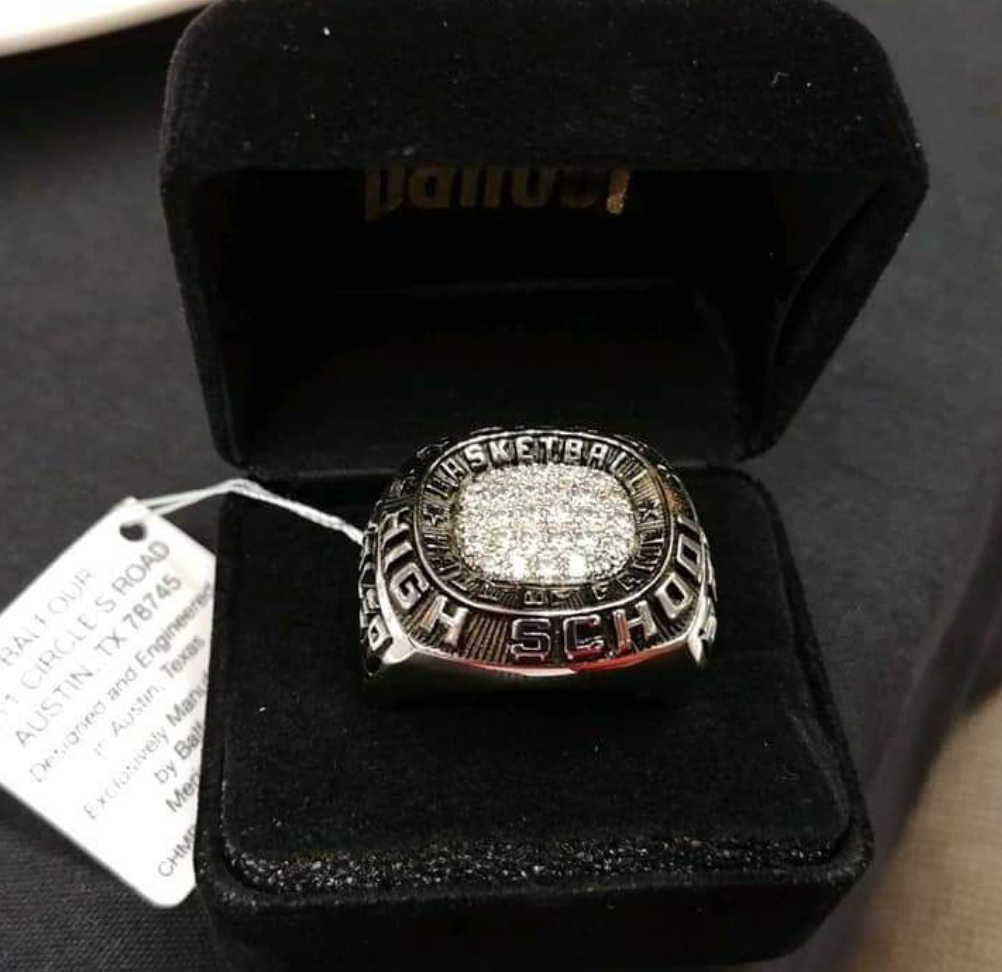 It hardly seems like 45 years ago that longtime Felton resident Dennis Tealer led the Gonzales Apaches boy basketball team to the 1974 state championship.

Tealer was reminded of his achievements last month when he was inducted into the 2019 Texas Association of Basketball Coaches Hall of Fame, the first-ever Gonzales athlete to achieve the honor.

“I was actually shocked,” said Tealer when notified of being recognized. “I knew I was nominated as early as 20 years ago. But I hadn’t heard a whole lot since then.”

It turns out his former Coach Roy Halamicek had been advocating on his behalf. “He was a thorn in people’s side and beat the bush a lot and eventually wore people down,” joked Tealer.

In mid-May, Tealer and his wife, Brenda, traveled to San Antonio (about 70 miles from Gonzales) to take part in the 2019 induction ceremony at the El Tropicana Riverwalk Hotel.

“It was a blast seeing a handful of my old teammates,” Tealer said, 63. “It couldn’t have gone better.”

No doubt they spoke of midway through the 1974 season when two starters quit the team, and hopes of winning were dashed. But as the season progressed the Apaches picked up steam and had a legitimate chance to win all the marbles – the first time since 1958.

To call Gonzales a small town would be putting it mildly. The last census taken in 2010 showed fewer than 8,000 people lived there.

Tealer ended the 1973-74 season averaging 29 points per game and 18 rebounds per game, totaling 1,100 points, which is currently 27th in the all-time single season scoring list in Texas. His career 2,176 points is currently 94th best in the state all time.

The Apaches went on to win the state championship game 77-62 against Crosby.

After high school, Tealer went on to sign with the University of Houston, but quickly realized that college wasn’t the right fit. “Big city, big university, wasn’t necessarily a good fit for me, so I transferred after one semester to Texas Lutheran University over in Seguin where I played for three years and graduated,” Tealer said.

Tealer has lived in Felton for the past 13 years and has worked as a deputy in San Mateo County since 2019. Before that he spent 25 years with the Palo Alto Police Dept.

He plans to retire next April.

Tealer downplays any heroics on his part.

“I feel as though a lot of it had to do with being at the right place at the right time coupled with hard work and dedication and having really good teammates,” he said. “I know there have been many good athletes before me and after me and sometimes things just line up for you and you’re able to have good matchups and be blessed with good teammates who you can work with and get some really outstanding things done. I don’t think it’s Dennis Tealer so much as it was circumstances.”

It may have been circumstances, but it was also a lot of Dennis Tealer.