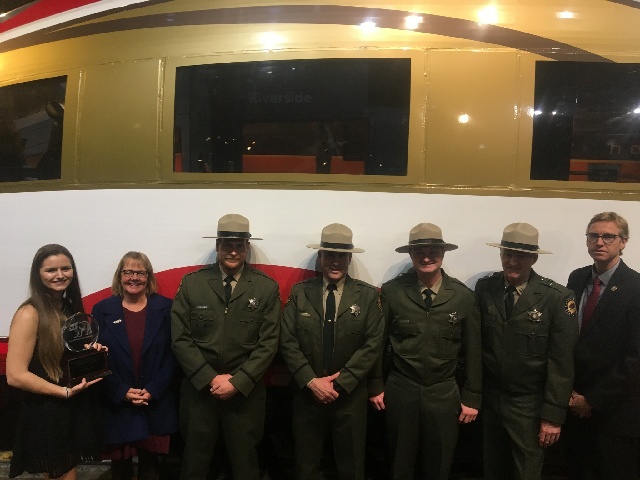 Friends of Santa Cruz State Parks (Friends) has announced that one Friends’ employee and three local State Parks employees have been honored by California State Parks for their contributions at a recent ceremony in Sacramento.

The Mott Award, named after William Penn Mott, Jr., State Parks Director from 1967-85 and National Parks Director from 1985-87, was created to challenge park professionals to find new and exciting ways to respond to change and accomplish the mission of California State Parks.  Because state funding was not available, Tabone and Anderson and California State Parks, partnered with Johnson and Friends to create a modern trail camp reservation system. The online reservation system provides prospective campers with information about the backcountry trail camps, allows campers to check campsite availability and make a reservation online. The system is estimated to assist thousands of park visitors annually.

Brett Reid, State Parks Ranger, was honored with the Director’s Recognition for Special Act or Special Service for saving two lives at Sunset State Beach. Reid, a 16-year veteran State Parks ranger, responded to a water rescue at Sunset State Beach the afternoon of Feb. 21, 2016. Five people had been trapped in a rip current. Three made it to shore on their own and were being tended to by another ranger, but two were still struggling about 40 yards off shore. With lifeguards 20 minutes away, Reid put on a wetsuit and pulled both people to shore where waiting medical personnel provided care.

Reid was not trained as a lifeguard and was not expected to make water rescues. The Director’s Recognition for Special Act or Special Service is awarded to those who perform an extraordinary act of heroism extending far above the normal call of duty.

“I was humbly reminded that acts of heroism and brilliant innovation are all in a day’s work for our Park employees and dedicated partners,” Spoher said.