Guys and Dolls Coming to SVHS

Guys and Dolls Coming to SVHS 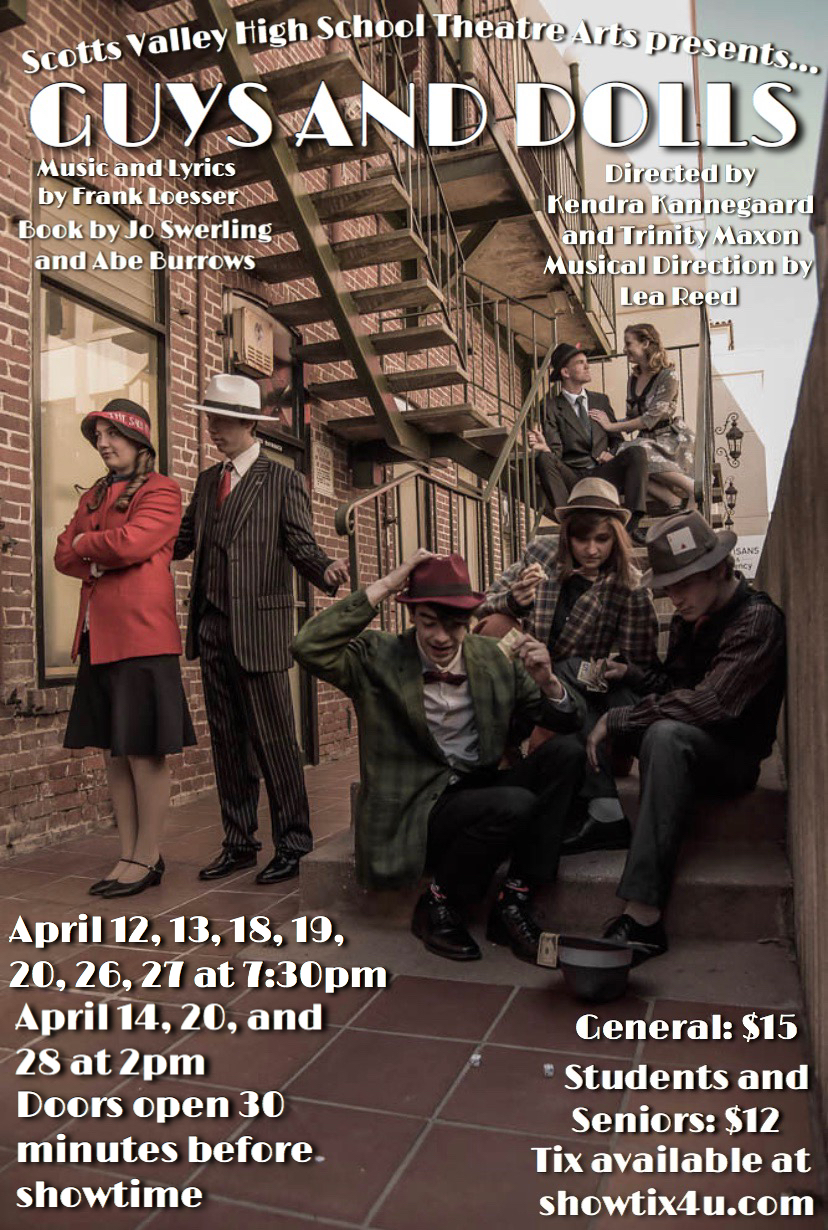 Guys and Dolls is a romantic comedy and musical theatre classic. On the streets of New York, the well-known craps game promoter, Nathan Detroit (played by Justin Burnett and Mikey Bruce), finds himself short on dough. The cops and other gamblers are breathing down his neck, anxious to hear where the next big game will be held.

On top of trying to arrange the game, Nathan has to contend with his long time fiancée, nightclub performer Miss Adelaide (Peyton Turowski), who laments the fact that they aren’t married yet. Desperate for money, Nathan makes a bet with one of the “highest players of them all,” Sky Masterson (Elijah Wenn).

Nathan challenges Sky to accompany the prim and proper missionary, Sarah Brown (Haley Clarke and Brianna Campbell), to Havana. Nathan is confident Sky won’t be able to convince her to go. Never one to welch on a bet, Sky sets out to woo Sarah, resulting in a whirlwind adventure that takes the audience from the streets and nightclubs of the Big Apple to a café in Cuba, and even down the New York sewers.

With a multitalented cast of thirty-seven students singing classics like “Luck Be a Lady”, “A Bushel and a Peck” and “Sit Down You’re Rocking the Boat”, this show is one you definitely won’t want to miss.

Tickets are $15 for general and $12 for Students/Seniors. Purchase them online at www.showtix4u.com/events/16415 or at the door beginning a half hour before curtain. For more information and photos, visit www.facebook.com/events/404501597032882.