Helping Fallen Officers and First Responders in Times of Need

Helping Fallen Officers and First Responders in Times of Need 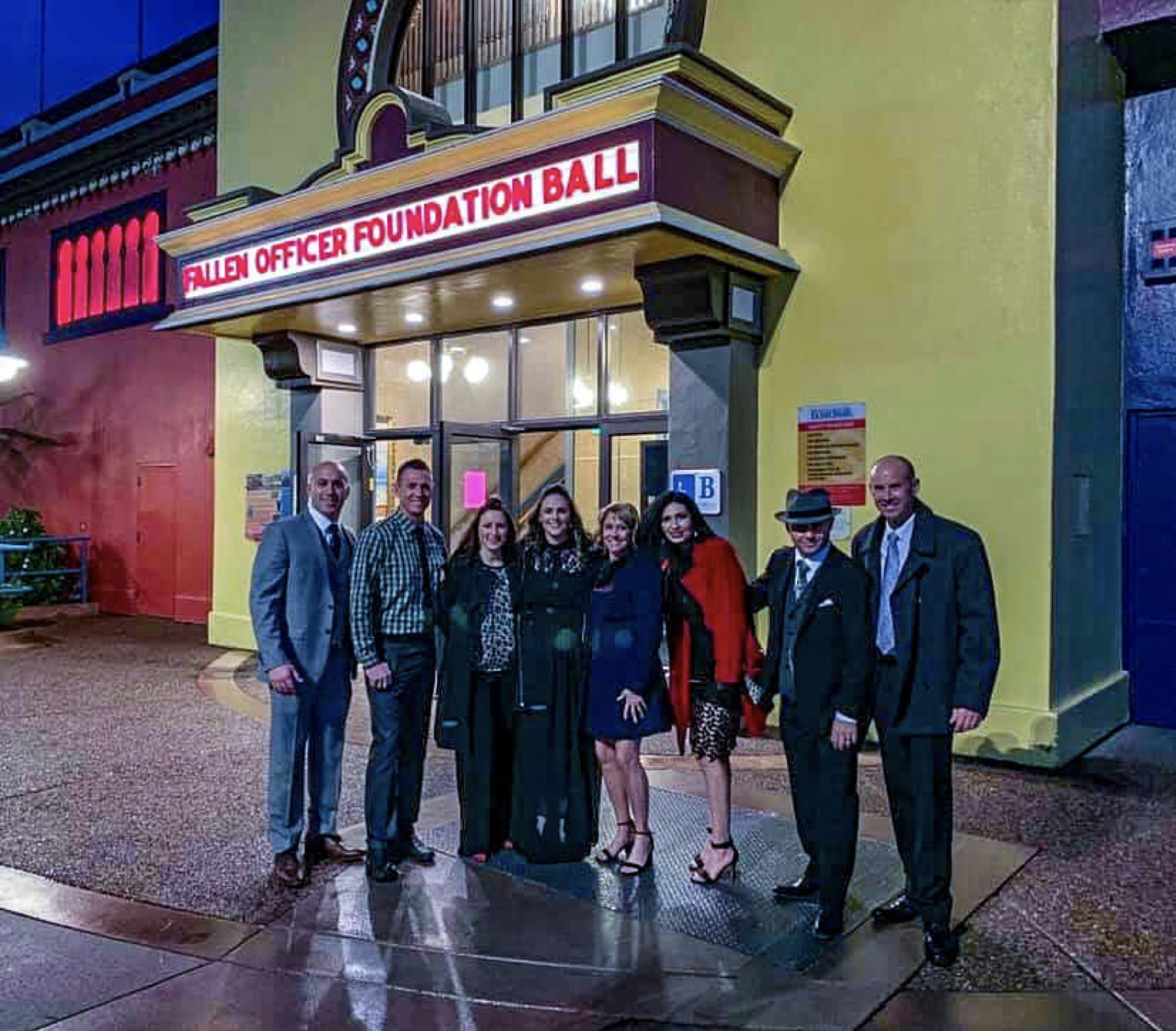 The Fallen Officers Foundation recently had their yearly fundraiser ball and it proved to be yet another success having sold out with over 500 attendees.

The foundation, started in 2004, has raised tens of thousands of dollars each year to assist fallen officers, firefighters, and other first responders and their families in times of need.

“The Fallen Officer Foundation is a non-profit organization dedicated to providing support and financial assistance to Santa Cruz County First Responders and their families during times of crisis and special need.” – FOF Mission Statement

How it all started

In 2004, Captain Robert Jones was riding his new Road Bike on Hwy 1 when he was struck head-on by an SUV driven by a young teenage girl who looked down to adjust her stereo. He was not to expected to survive, but after 3 ½ months in the hospital (in a coma for 3 months) his wife Toni of 3 years brought him home where he needed 24-hr care.

Robert had been an athlete, MVP of his school’s football team, a Black Belt in Martial Arts and an avid surfer. He was not a quitter and neither was his wife, and a group of his friends in law enforcement and fire service put together what became the Fallen Officer Foundation to assist Robert & his wife. They raised funds for a vehicle that could transport Robert and funds to help with his 24 hr care.

In 2006 a wheel chair challenge was planned to increase awareness of FOF and he was pushed in his wheelchair night and day to San Luis Obispo raising over $12,000.

Shortly after this event, Robert’s health took a turn for the worse and he passed at his home with his wife by his side on March 13, 2007. His ashes have been spread over his favorite surfing spots.

Since then the foundation has raised money for over 50 peace officers, firefighters, other first responders and their families to help them get through the challenges that they faced when tragedies hit. The Foundation is comprised of a volunteer board, most are current, retired first responders or family members of first responders

The President of the Foundation is Scotts Valley’s Donna Lind whom herself is a retired Sergeant from the Scotts Valley Police Department with 40 years of service with the City of Scotts Valley. As passionate as they come and no stranger to public service, Donna’s motivation has been making a difference for first responders and their families during difficult times.

“It means a great deal to be able to be there for our local first responders in their time of need and to see the results of our work in their faces makes it all worth it,” said Donna. “These are the people who are the last to ask for help and I’m so glad there is an organization that they know is here for them.”

The Fallen Officer Foundation Ball is one event, a successful one, but there are also many other ways of getting involved and contributing. The Foundation is an all volunteer 501(c)(3) non-profit benefit corporation. All donations are tax deductible and all contributions go directly to First Responders and their families.

If you are interested in learning more, getting involved or contributing, visit their website at https://fallenofficerfoundation.com. You can also visit their Facebook page by clicking here.