Local Fires Has Locals on Edge

Local Fires Has Locals on Edge 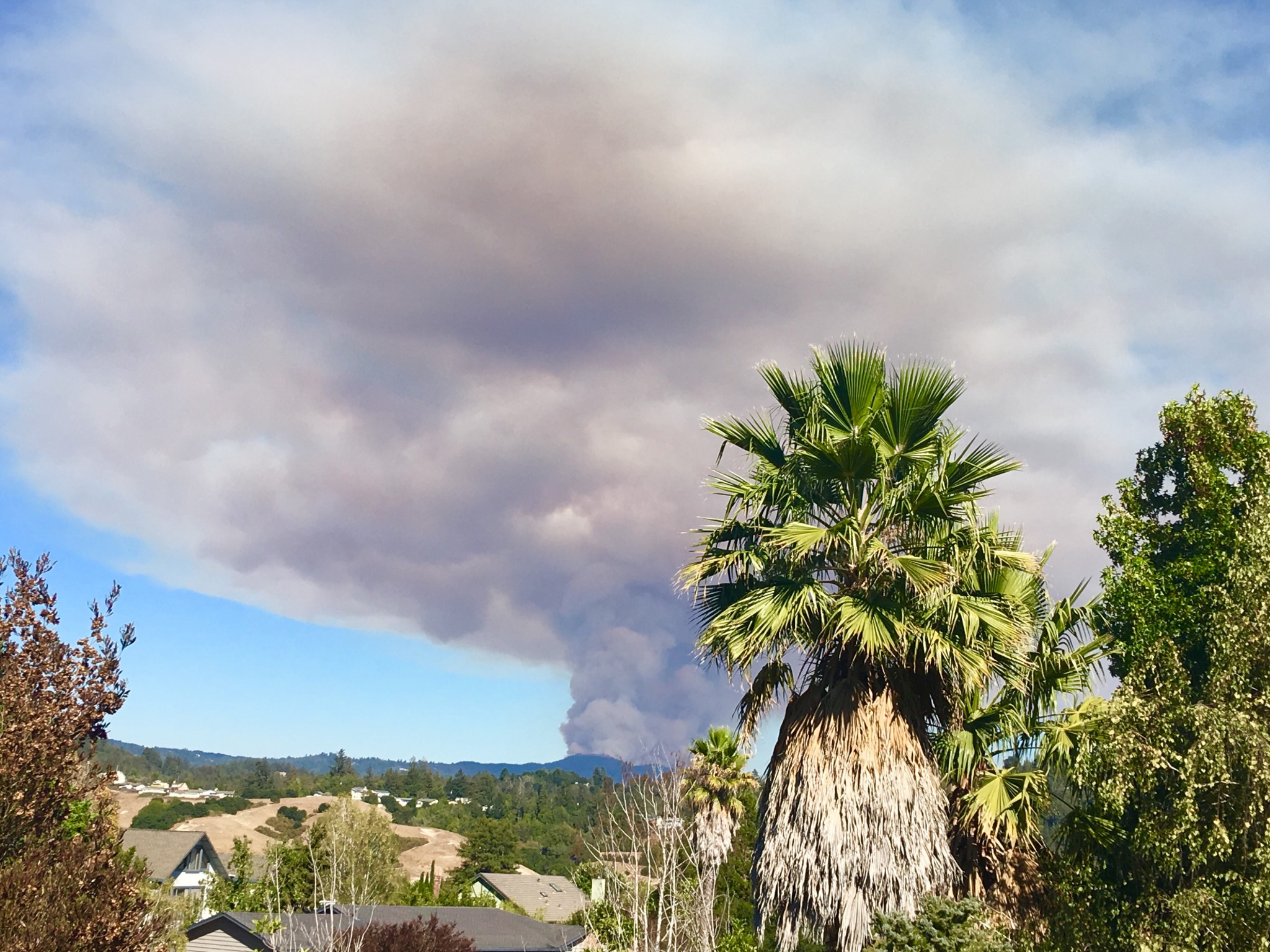 With a pair of local fires, most notably the 1,000+ acre Loma Fire that is still only 5% contained (as of this writing) located east of the 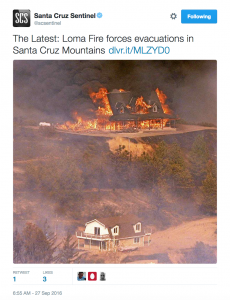 Summit, and a later one that was reported sometime around 9:45pm on Monday evening in Scotts Valley in the 2000 block of Lockhart Gulch Road, locals were on edge yesterday.

The fires had many paying close attention to the happenings of the fires while watching the Presidential Debate last night, constantly glancing and reading their iPhones as they read numerous posts on social media like Twitter and Facebook to catch up on the local fires. The images and videos that were being shared were many times shocking and invoked a certain level of fear among many local residents who are too familiar with past fires in the Santa Cruz mountains.

The Scotts Valley Police Department sent an alert to its residents that Scotts Valley residents were not being threatened by the Loma despite the scary images that were being seen and also broadcast “LIVE” on the My Scotts Valley Facebook page.

They also sent an alert this morning at approximately 5:57am that the Lockhart Gulch fire was fully contained as of 5:30am.

Forest fires can be a scary situation which can quickly get out of hand. Last week the Santa Cruz Sentinel reported in an article that the Soberanes Fire in Big Sur which has been burning for over 60 days now is now the costliest fire in US History, according to National Interagency Fire Center data with the center estimating the current cost of fighting the fire at almost $200 million. As it stands, that fire is approximately 55% contained.

The local Loma Fire spans over 1,000 acres and is only 5% contained, according to a report by Cal Fire. It has caused evacuations and has destroyed at least one home and threatens 300 other homes and structures. 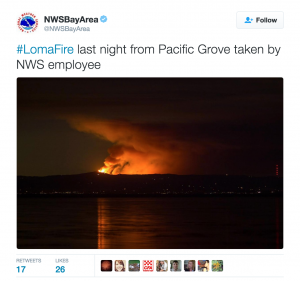 Websites and Facebook pages to note for more information as the fire continues are:

*Please share any other pages that you may know of that are relevant to these events so we can post them here.