WEDNESDAY, June 14 – The torch begins its journey in Watsonville at 08:00 AM before heading through Aptos, Capitola, Santa Cruz, and ending the day in Scotts Valley. Torch runners from the Scotts Valley Police Department will receive the torch on Wednesday June 14th at approximately 2:00 p.m. at the Scotts Valley Hilton Hotel. Scotts Valley Police personnel will proceed down Mt Hermon Rd. to Scotts Valley Dr., up Glenwood Dr. to the city limits. Contact Reserve Officer John Hohmann for additional information @ 252-4187.

The Flame of Hope will travel hundreds of miles throughout 21 counties arriving in Davis, California on Friday June 23 for the opening ceremonies of the summer games. Every Officer running the torch has earned the right to be a “Guardian of the Flame” by raising funds and awareness for the Special Olympics.

As one of the state’s largest grass roots fundraising efforts, the Law Enforcement Torch Run has become the single largest supporter of Special Olympics Northern California, a free year-round sports program that serves almost 19,000 children and adults with developmental disabilities.

For additional information on the Torch Run visit: http://www.sonc.org/events/law-enforcement-torch-run 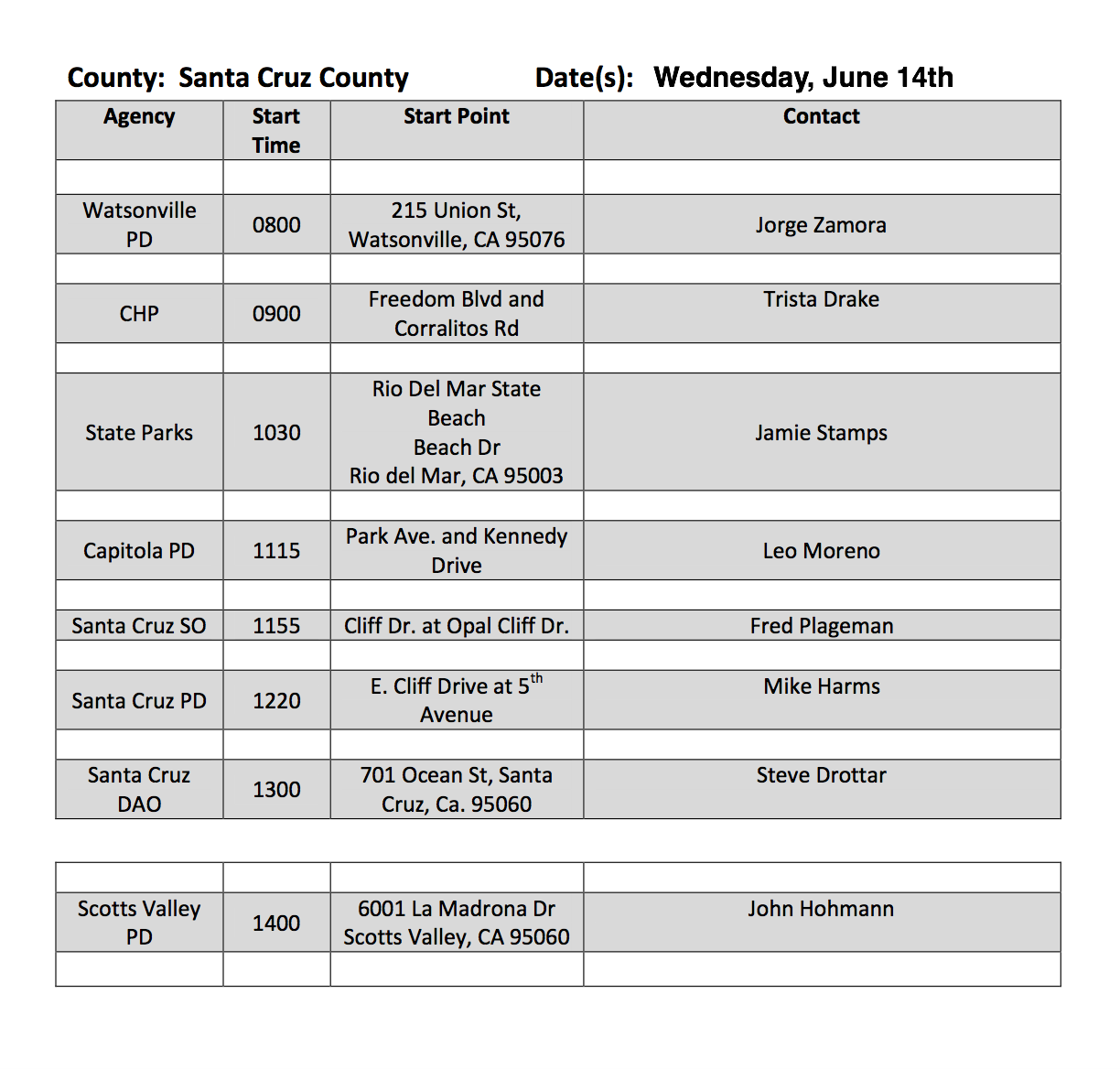