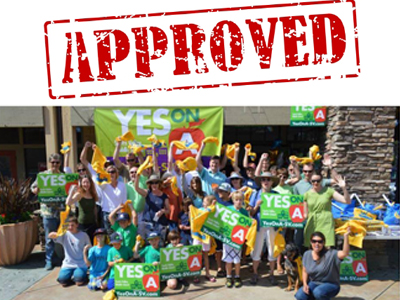 In an overwhelming fashion, Scotts Valley’s Measure A passed with a vote of 71.3% which will bring a new middle school to our city. The current middle school was built in 1941 and has been criticized for the inability to use modern and safer methods of education as the building appears to have clearly lived out it’s usefulness.

Permits are expected to take up to a year to finalize with construction following soon after.

Click here to read an article by the Santa Cruz Sentinel

Former Scotts Valley High School girl’s basketball coach Jim Hart won the election for Santa Cruz County Sheriff in dominating fashion as he captured 65% of the votes, with his closest competitor being Roger Wildey with 22% of the votes.

Click here to read an article on the Santa Cruz Sentinel