Momentum Builds Towards Moving SVMS to Shugart Park During Rebuild

Momentum Builds Towards Moving SVMS to Shugart Park During Rebuild 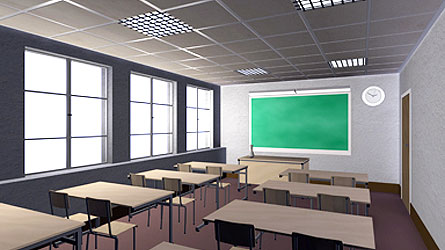 In a well attended meeting at the Scotts Valley City Council Chambers last night by the Scotts Valley Unified School District Board as well as interested parents and local residents, the SVMS Alternative Housing Committee reported to the school board that after numerous meetings, discussions and their due diligence, they voted to recommend by a margin of 8-2 to have the students of SVMS relocate to Shugart Park on Glenwood Drive, directly across the street from the high school while the new middle school is being built.

The Alternative Housing Committee is comprised of approximately a dozen parents. The school district reached out to parents who had children in or close to being in middle school at the time the new school would be built and received over 50 applicants.

Numerous options were explored, according to the committee, with some of them being:

The committee explained the pro’s and con’s of each as follows:

Other Options and Considerations

Phasing was also a topic of discussion that is still being explored. Meaning, the possibility of kids being able to go to the a temporary location with possible portables and then being relocated to the new middle school facilities as parts of the 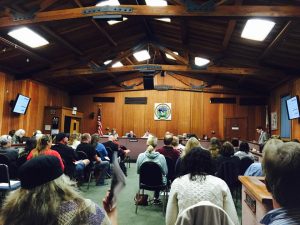 school are built. A discussion is still needing to be had with the architects of the new middle school to determine the feasibility of phasing and it is expected that it will be had at the school district board meeting on January 27th, 2015.

Another topic of discussion was the traffic and congestion that would be present if the middle school was moved to the Shugart area, but it was also discussed that if it were to end up in Shugart that the starting and ending times of both the middle school and high school could be staggered in order to alleviate the problem of having parents and traffic coming and going all at the same time.

A big concern, and a valid one was the fact that many parents have openly stated that they would be taking their kids out of the school district and either home school them or find other solutions rather than transporting them to the San Lorenzo Valley area. In the event that this were to happen, the school district could lose a tremendous amount of funding dollars and it could have a substantial financial impact for years to come.

As it stands, the decision has not yet been made, only recommendations have been given. Once the board hears the report and/or opinion from the architect about the phasing option in January, as well as reviews the recommendations by the Alternative Housing Committee, they are expected to make a decision in February, 2015.

The decision as to where to have the middle school children attend during the rebuild is an important one and the need to explore all options cannot be overstated. Its better to do the due diligence that is needed to make sure that the best possible decision is made, rather than to make a hastily decision that will be regretted later. This is a decision that will affect families from the beginning of the 2015 school year to (hopefully) 2017, or possibly 2018.