Mother of Injured Young Man Reaches Out to Community

Mother of Injured Young Man Reaches Out to Community 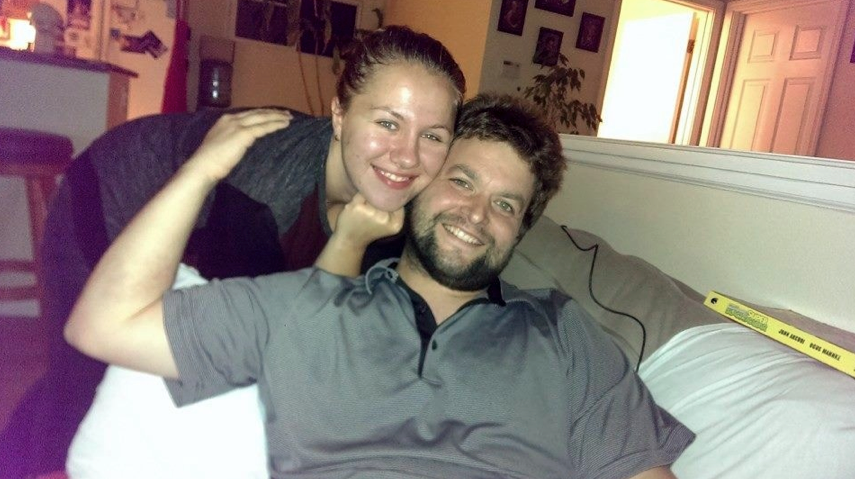 A letter and announcement to the My Scotts Valley CommUNITY from the mother of injured man, Audrey Johnson:

On Friday September 19th, Perry “David” Ralston Jr was riding his motorcycle Highway 9 from Santa Cruz to Felton and was involved in a collision with a pickup truck as he passed the entrance to Henry Cowell Redwoods State Park. David sustained critical injuries and was Life Flighted to Stanford. Despite the surgeon’s best efforts to save his leg, it had to be amputated below the right knee. Titanium rods were needed to repair multiple breaks to his femur. David was informed about the loss of his leg in the ICU recovery room. Another surgery was needed a few days later and David remained at Stanford until he was released Sept 26th, when he began his long road to recovery at home.

David was born and raised in Santa Cruz and grew up in the small town of Felton. He has strong ties to the community and attended Felton Bible Church with his family, attending their AWANA program and even volunteering as a leader at Vacation Bible School as a teenager. David attended San Lorenzo Valley elementary and Jr. High and graduated from SLV High in 2005. He was actively involved in drama and was a cast member for productions of Footloose, The Laramie Project and Lord of the Flies.

As the full time shipping supervisor at BRG Sports in Scotts Valley (formerly Easton Bell) David has enjoyed being part of their outstanding team and following his accident he and his family have been truly touched by the outpouring of professional and personal support. David also worked part-time as bartender at Bruno’s BBQ in Scotts Valley.

For several years now, David has helped organize airsoft games for Santa Cruz Airsoft Militia (SCAM – www.scairsoftmilitia.com).   In addition to encouraging fun, camaraderie, teamwork and good sportsmanship it has been a great way to stay fit and out in nature. Gun safety has always been important to him and he gives shooting / self-defense lessons in his spare time. David is extremely patriotic and has the utmost respect and admiration for military personnel.

As he enjoys the outdoors and being physically active, David enjoys mountain biking and has even posted several guides on local trails on his YouTube channel (ralstontech) via his GoPro.

David sits on the Board of Directors for the Santa Cruz County Darts Association (www.santacruzdarts.org) and is the B League Representative as well as captain of the “Armed and Hammered” team. The new season begins this Saturday with a banquet at the Poet and Patriot.

As a local boy, David is a loyal Giants, 49er and Sharks fan. As a young football player he even had the opportunity to attend camp with 49er coach Steve Mariucci.

David recently got engaged to his girlfriend Anna and they had planned to marry in April, but due to the financial and physical issues resulting from the accident, their wedding plans have been postponed. His fiancée was able to fly out and is helping during his recovery.

David is an amazingly resilient young man with a wicked sense of humor. This has served him well throughout his life, but it now plays a critical role as he learns to adjust to the changes he faces (wheelchair, walker, daily injections, wound care, prosthetics, etc.). Simple things like showering, dressing, getting around and even cooking all present new challenges to life without a leg.

David is grateful for the support of his family & friends who have visited him and for the attention provided by the first responders, including an unknown veteran who placed a tourniquet on his badly bleeding leg until EMT crews arrived and another who called his Mom. Losing a leg has been tough, but losing his life would have been unbearable, so from his Mom, “Thank you from the bottom of my heart!”

Despite his positive outlook, there are obviously unforeseen financial difficulties David could not possible have budgeted for (lost/reduced income, mounting medical bills, special equipment and even transportation to and from Stanford and physical therapy). You can help. We have set up a fundraising account to help offset these expenses. To donate please use one of the following:

Well wishes, cards or encouragement can be sent to: