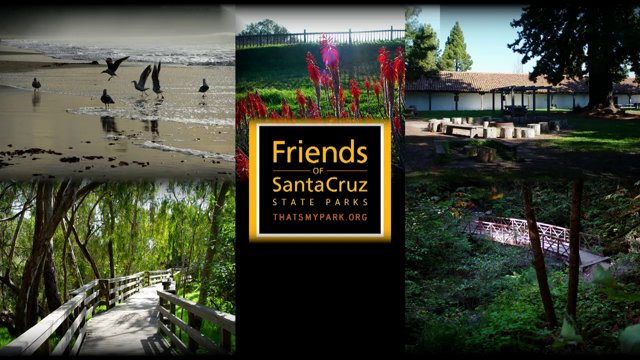 The 2015 Summer Series kicks off May 1 with the first of three First Friday Art events, featuring a FashionTEENS showcase. The FashionTEENS program invites fashion-oriented middle and high school students from throughout Santa Cruz County to explore art and creativity.

Two other First Friday art events will be a part of this year’s Summer Series. PIVOT Fashion will have a show June 5 and, on Aug. 7, several local artist groups will come together for Plein Air in Action. The Watercolor Society of Santa Cruz, Urban Sketchers and the Plein Air Meetup group will converge on the Santa Cruz Mission for a live Plein Air event.

The concert, called Music @ the Mission, will feature the Mylo Jenkins, a Santa Cruz-based Americana band. Families are invited to picnic on the lawn during the show, 4-7 p.m. on Saturday, May 30.

The inspirational surfing movie, Soul Surfer, will be shown for the first Movies @ the Mission night, Saturday, July 18. The Disney classic, The Gnome-Mobile, which was partially filmed in Big Basin, will be shown on Saturday, Aug. 22. Both films are family-friendly selections, and attendees are invited to bring lawn chairs or blankets to get cozy in the outdoor space at the Mission. The Snack Shack will be open, with proceeds from food and beverage sales to benefit the park.

For Movies @ the Mission, doors open at 7 p.m. and films start at sunset.

The hugely popular Mole & Mariachi Festival returns Sept. 19, from 11 a.m. to 5 p.m. Admission is free and the park will be full of music, food and children’s activities. Tasting kits will be for sale to allow tasting multiple, mouth-watering private recipes from local chefs.

About Santa Cruz Mission State Historic Park
The Santa Cruz Mission State Historic Park, “Your State Park Downtown,” is home to the oldest building in Santa Cruz County. Built between 1822 and 1824 by local Ohlonean and Yokuts Indians, the park’s signature adobe is the only remaining structure from Mission Santa Cruz, founded in 1791. One of just four adobe buildings left in Santa Cruz County — and sometimes confused with the nearby replica mission chapel — it is the only building of its kind preserved as a museum in the State of California. The adobe served as housing for Neophyte families who lived and worked at the Mission, which operated until 1834 when it was secularized. After decades of private ownership, the adobe was sold to the State of California, extensively restored and finally opened in 1991 to the public as the Santa Cruz Mission SHP.

Friends of Santa Cruz State Parks saved Santa Cruz Mission SHP from closure in 2012. Friends funds interpretation services and a portion of park operations, and also runs the Mission ParkStore. In addition, Friends helped implement key improvements at the park, including the opening of new interpretive exhibits, renovated outdoor cooking facilities and new hours of operation to serve local school children. Friends also established the Summer Series, a popular series of cultural events at the Mission that culminates with the Mole & Mariachi Festival each September. The park is supported by the Mission Committee, members of which include representatives of Friends, State Parks and dedicated community volunteers.

About Friends of Santa Cruz State Parks
Friends of Santa Cruz State Parks is an entrepreneurial nonprofit sustaining the legacy of our state parks and beaches. Through an innovative partnership with California State Parks, and by leveraging local community support, Friends has provided millions of dollars of funding for educational programs, visitor services and capital projects. Founded in 1976, Friends is passionately dedicated to the preservation of our spectacular natural environment and rich cultural history. Friends also operates six ParkStores, offering nature- and history-themed merchandise for sale to benefit local parks and beaches. ParkStore locations include Natural Bridges, New Brighton, Santa Cruz Mission, Seacliff, Wilder Ranch and Online. Learn more at ThatsMyPark.org or via Facebook, Instagram, Twitter, YouTube and Pinterest.