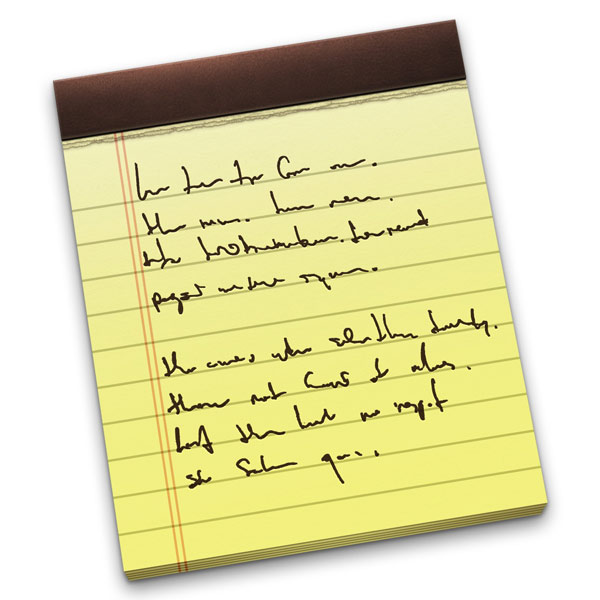 The views expressed here are my own as a parent of future SVMS Students (which will happen during the expected rebuild), and a SV Resident since 2006 (employed in SV since 1999).  My views are in no way sponsored, sanctioned or approved by anyone other than me! I don’t purport that all of my information is 100% perfect, and this is a readout from my personal notes that I took during the meeting. I apologize for the verbosity.

I will start with a bit of personal editorial and sharing what might not be a terribly popular opinion. Including me (and not counting the 2 who were presenting as part of SV Sports Complex conversation), there were only 3 members of the ‘public” in attendance at tonight’s board meeting. If the community at large is so concerned and/or angry (as viewed by many posts on social media) and wanted to express displeasure with the project, or try to get more information about real facts, why in the world were there only 3 community members in the Scotts Valley City Council Chambers tonight?

After the meeting, one of the board members said that they welcome anyone from the community who disagree with what they are doing or how they are doing it or want to ‘throw stones”, come to the board meeting and ask questions, become an active and positive part of the conversation and don’t just sit behind your keyboard and complain on Facebook. I understand that not everyone can drop everything on short notice and go to a board meeting; we are all busy, have jobs and family obligations, etc. but ONLY 3 members of the public showing up to hear about such a “hot” issue in town is just an embarrassing turnout…. people care enough to complain on social media, but don’t care enough to come complain directly to the people that need to hear your concerns and may actually be able do something about them.

It also seems to be a bit of a project “re-branding” underway… “Rebuilding SVMS Project” (on title page of PowerPoint slides shared tonight), instead of any mention of or talking about a “New Scotts Valley Middle School”. Superintendent Weaver said they have been using “rebuilding” terminology throughout the entire process, but my opinion expressed to her was that I believed that the public perception was more on the side of a “new” Scotts Valley Middle School… meaning there is/was an expectation of a complete tear-down and rebuild, and hearing that might not be the case can be a bit of a shock and disappointment for those that had those expectations (as I did).

OK, less of Wade’s “Soapbox” and more of the “Rebuilding SVMS Project Update” from the meeting;

Throughout the first half of 2015 there were several community meetings with parents, faculty, and students discussing wants and musts as part of the design planning process.  Many conceptual design ideas and discussions happened during those sessions and from those, several “possible” options were drafted.

The $60Mil number floated on Facebook was for the the “dream” Scenario (From Community design workshop #4 Concept – 3/25/2015), the “Christmas wishlist” of “wants” across the board for everything, more space, the best of everything.  These was no mention of any plan or any design anywhere in tonight’s meeting that was anything approaching $100Mil, or anything more than $60Mil.

There was a discussion regarding why there wasn’t a design in place before the bond measure or why there wasn’t a better estimate on the money needed to build the school. or why we didn’t ask for what maybe the costs were going to actually be.   First, a political answer… the pre-polling showed that people were not going to be supportive of a bond measure larger than the $35Mil that was passed ($33 for SVMS, $2 for updates to Elementary schools).  Two previous larger bond measure both failed.  Additionally a lot has changed since 2011/2012 when the plans for bond measure planning started.  There was some discussion around cost escalation factors, 8% increase Materials/Labor Costs + 12-13% increases in contingencies that needed to be built into a reserve budget.  There was no money before the bond measure to go hire a design firm and architect to draw up designs and then go to bid to get real estimates and then ask for that amount in the bond.  So at the end of the day, it feels like they asked for as much money as they thought they could get voters to approve based on fairly (very) rough estimates of what it could cost to rebuild a middle school 3/4 years ago.  Not certain how that process could have been handled better give the dollar, time and political constraints.

After determining that $60Mil option wasn’t going to be even remotely workable with a max $33Mil budget, the design group went back to review other alternatives that would have a better chance of fitting into the available project budget while re-evaluating those things that were “wants” vs. those that are “needs”.  From design workshop #5 – 02-Jun-2015, option #10 was selected as the next best possible alternative to discuss and work towards additional planning on.

The highlights;
– Leaves a lot of current footprint in place
– Parking only slightly changed / Drop Off/Pick queuing slightly altered (i.e. garage/shed removed from back of lot, teacher parking moved to main lot, etc).
– No change to existing fields (not saying there won’t be changes, but initial focus on buildings, etc).
– Did mention that they expect track lane to be added as they move forward, so there will be some adjustment to current fields.
– A new admin building closer to parking lot for visitor check in.
– New entry plaza/campus entry at front of school (SV Dr / Bean Creek)
– Approximately 60% of the campus would be completely  Brand New buildings – 40% are existing but basically gutted
– A few of the existing building have “good bones”, tear down to studs, and build completely new around, new walls, electrical, plumbing, etc (much less $)
– Roofs on several building only a few years old and well within good usable life.
– Look as an opportunity to show and teach sustainability, reuse of goods with serviceable life, and not just throwing away things that still “have value”,
– Potentially keep a small feeling (hopefully the good parts) of the old school while building new around it.
– 3 existing classrooms middle of campus would be reused (with new entry to courtyard sides).
– New Admin Building near parking lot, 2 new buildings at front of campus (SV Drive Side), possibly one would be 2 story.

While not yet prepared to commit to final $’s this early in the planning for this draft option/concept, it was asked and the Superintendent was optimistic that it could be made to work within the budget allowed by the bond measure.

Important to note that this is still just a concept, something for them to plan against, do cost estimates, figure out if it hits all of the “musts”, and then go back and review and discuss with the School Board and get their approval before anything moves forward.

Nothing is set it stone… this is an alternative, that is being reviewed in hopes of getting closer to what the final plans will look like.  This is an iterative process, and this is the next iteration of the planning/design process.
“It’s going to look and feel like a brand new school… not just a remodel or a refresh, it’s a full real construction project”

State funding possibilities which could add to the amount available for the project;
– AB300 – $500K Conservative Estimate
– New Construction Eligibility – $6.5Mil pending next State-Wide bond election – Nov 2016 first opportunity (if I understood correctly there might be State Bond $’s to pay us to tear down 25 year old portables)

Discussion of Phasing vs. Alternative Housing (Moving students off site during the build)
– More or less off the table (Shugart Park)
– Phasing plan almost certain (no Board vote or approval at this meeting).
– Cost $2.5Mil+ ballpark cost estimates validated by 2 Contractors.
– CEQA – Expect environmental impact to be substantial = substantial mitigation (= Time and Money)
– Overall school build project would take longer to move off site during project

The Board recognized that community members and parents have concerns over phasing specifics and the project team hopes to have a more definite descriptions on where the kids will be in relation to the construction throughout the project, etc.

– Once design plan agreed upon, expect a more formal/detailed recommended phasing plan at next board meeting (Aug?)
– Want to alleviate safety concerns and limit disruption to educational process
– Also concern for the school’s neighbors and want to be able to communicate when things are happening (construction, equipment coming and going, etc).
– Superintendent Weaver has participated in school phasing projects in the past and experienced, has examples, photos, etc of other phasing projects and plans.

Next Steps:
– Recommend Phasing options after plan/design and make final phasing recommendations
– Weekly core teams meeting during the summer
– Review and recommend building “methodology options (i.e. Stick build/Prefab/Modular)
– Possible that the main construction timeline could be shortened depending on the construction methods used to build
– Return to next Board meeting with estimated construction schedule.

Closing Comments
The board really emphasized that the everyone needs to focus on the “output” which is the quality of the education and those things that affect the teaching/learning environment for the students. Pointed to the quality of the education that the school and that faculty have produced for years in a facility long past its useful life and nearly falling down in the current SVMS.

The Board reiterated that if people are concerned, or want to know more about what’s happening, or to express opinions, displeasure, etc, the BEST way to do that is to show up at the board meetings and become a part of that conversation in person.

Superintendent Weaver hopes to publish the slides from this evening’s meeting along with more detailed conceptual/draft, planning renditions of the various concepts very shortly, expect over the next several days/next week things should begin being posted on the SVUSD Website and/or Facebook Page, etc.  She welcome’s positive and constructive public comment and discussion.