Portion of Graham Hill Road to be closed Oct. 26-27

Portion of Graham Hill Road to be closed Oct. 26-27 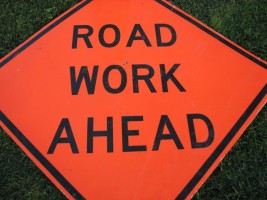 Graham Hill Road will be closed to traffic in both directions on Monday and Tuesday, Oct. 26 and 27, from 8:30 a.m. to 4:30 p.m.. the San Lorenzo Valley Water District announced. Detours will be in effect and motorists are encouraged to take alternate routes.

Graham Hill Road will be closed between Roaring Camp Road and Lockewood Lane for roadway sealing. These two days will entail full closure of both lanes, northbound and southbound for sealing of the roadway prior to the rainy season. Sealing of the roadway is a key phase of the intertie project, a joint effort between San Lorenzo Valley Water District, Scotts Valley Water District and the Mount Hermon Association. When completed, the intertie project will allow the districts to share water resources in emergencies such as fires and natural disasters.

Construction on both roads will occur simultaneously to reduce traffic impacts and to enhance efficiency.