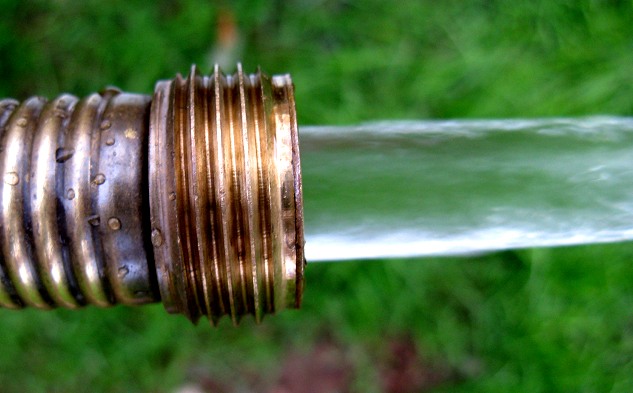 Recently, the Scotts Valley Water District reached out to some locals via social media to meet and discuss the proposed water rate increases. One of the locals was Matt Clark. Matt reached out to MSV to share his thoughts on the meeting and we decided to share his comments and thoughts in their entirety as a letter to the editor as follows:

I spent 75 minutes Wednesday with Piret Harmon (SVWD GM), Chris Perri (SVWD board member) and a couple other customers (Donna Lind was able to attend as well) to discuss the rate increases, projects, planning and the generally-felt outrage by customers facing a 90%++ water bill increase over the next five years.

I learned a lot from the exchange. First, the SVWD has been poorly communicating the reasons behind the increases, their finances, project timelines and prioritization of projects, etc. Beyond that failure and to their credit, they have offered to the public to make time to meet and address concerns about the increases, so if you have them, CALL them and set a time to talk. According to Piret, they have been sending emails to customers, including info in our bills, have had open work sessions, have been working with the Press-Banner to advise people – and it just hasn’t been hitting until we all got the (required by law) mailer recently. They appear genuinely interested in explaining clearly – they do realize that people are very upset – and they now realize that people aren’t going to sift through byzantine reports and planning schedules (or budgets) on the District website.  Piret is now answering questions on NextDoor as a customer (as ND prohibits agencies from officially representing on the site).

We did discuss their adding a customer forum area on their website that accepts topics and discusses them openly – and can be ordered and searched by topic (which ND cannot).

Second: planning for the big maintenance projects has been managed dismally under the historical leadership (management and board) – looking at the ~65% increase in cost over the last 10-12 years it looks like the District was mainly covering small projects and fixed-cost increases (Repair & Maintenance, personnel, debt service, etc), rather than trying to bring large-cost project items into a serious rate increase discussion (IMO the thought must have been a wait until it’s a ‘have-to-have situation’, rather than a ‘plan-for situation’). This has led to some big priority-project deferred costs ahead – such as the State-mandated storage tank improvements and the planned pump station water quality improvements ($3M right there).  That second item should defray some comments here regarding water taste, amount of treatment required/added (etc).

Water main replacement and e-meters (as an active cost of replacing failed meters) are an ongoing cost. E-meters are more expensive than regular meters, however the selling point from the Water District is that they can actively monitor water use – and the valuable part of that for homeowners is leak monitoring (which can cost homeowners hundreds/thousands of dollars without ever noticing). They are going in as older meters fail, not on a wholesale-basis.

Looking at the most-common question of why there isn’t a 25% Use rate increase to offset the 25% Use revenue dropoff, it becomes clear there isn’t enough money in doing just that to pay for required maintenance. In addition, the SVWD says they have had to use reserve funds for the last year due to the Use revenue drop-off (also: late developer fees, which should improve with 1440 and Lexington developments coming on line – hopefully this next fiscal year), so their debt coverage ratio and operating expenses fund is low.  While there is no mandate as to how much cash they need to have on hand (beyond what their loan holders require for compliance), the Water District insists they are using well-known formulas used by other water agencies to calculate what they should have in reserve for a revenue stream that is “lumpy” in nature.  As to raising our Meter (service) rates as well as our Use rates, the Water District said it chose to balance the two.  It could have increased the Use rates across all tiers by 60%+, but because of the variability of the Use pattern (more in summer, less in winter) they feel it would have been a poor fiscal planning move, so they chose to blend the increase between the Use and Meter fees.

Of note: the Rate Plan is created and approved (but not set) on a 5-year horizon basis. By law, once the Rate Plan is established for that 5-year period, the maximum allowable increase percentage for any year cannot be changed nor exceeded.  So the Water District plans for a ‘maximum potential’ and in our meeting was very clear in stating the increases 25 / 15 / 10 / 10 / 10 are maximums – that they will increase rates 25% the first year out of need, but subsequent increases will depend on need and how project planning (like the aquifer recharge program – see below) shapes up.  They are NOT planning on a customer water use “bounce back” for increased revenues (meaning: when doing financial planning they are expecting customers to use the same amount of water they are using now in the years ahead).

Of interest to many: the aquifer recharge program is very early in planning and despite that $15M price tag on your notice, NO decision to do anything but study the efficacy and ROI of the project has been made.  The SVWD has said that if the data returns as expected this could “drought proof” Scotts Valley for generations – even if we have decades-long drought conditions.  Also, they anticipate raising half of that price tag from Prop 1 funds and also getting partners on the project (like SLVWD, who also draw water from the Lompico aquifer).  Something that needs more answers:  who else is drawing water from this aquifer and how much are they drawing?  There are several private wells – and at least one other water district – so our input is that there HAS to be other parties paying into this recharge program – SVWD water customers cannot be the only source of funding for this.

Of note: our aquifers are currently “in balance”.  The average user consuming 16k gallons bi-monthly keeps our aquifer in balance, provided we have average-wet winters.  At a 12k rate it will naturally recharge should we have average-wet winters.  We WILL have water with our current usage, unless the drought persists for a longer period of time (say, another 5 years or to Piret’s comment – something like south Australia’s drought, which I believe is something like 15 years ongoing).  So, this particular project – which is very future-facing and climate-change anticipatory – continues to draw a lot of (I feel warranted) scrutiny from customers, but I’ll say again that this is in the science phase right now – the SVWD says the project will not happen if the numbers don’t work out and if the Water District cannot find government and partner funding for it.

The Water District has scaled staffing back to necessary minimum levels.  They pay at the midrange for Santa Cruz County. They are not increasing benefits (only making cost increases).  This isn’t an employee binge from what I can gather, although offering comp and benefits to the Board (while not a new thing) does give some customers heartburn.

So, with a better understanding of what the Water District is facing, is doing and is planning – and the stages of ‘what is’ and ‘which might be’, there are still some real challenges to get past as customers.  The customers at the table Wednesday asked very direct and realistically-cynical questions of the management.  We’ve never known an agency to set a budget increase number and NOT hit it (or come amazingly close) and we’ve known all kinds of agencies who have substituted projects in planning for other projects (or other benefits, etc).  A primary question we had (and still have, as it hasn’t been resolved by more than a “believe us we will not raise more than we have to” statement) is simple: If the agency effectively doubles its revenues to “push through” these possible projects, what will they do in five years’ time when their operating revs are TWICE what they are today?  More projects?  Raises?  More staff?  Gold-lined boardrooms?  The answer from the Water District is that annual planning – and the annual vote on that particular year’s rate increase – is the key, as projects like the aquifer recharge program (and the Prop 1 and partner funding and science / efficacy data) will define whether those projects move forward – and whether rates increase.

So what you’re faced with is a choice.  Do you trust them to manage themselves with their vision of a long-term sustainable water ecosystem?  Or do you send a letter of protest to the Water District and have them go back to a planning phase that includes rate potentials in years 2, 3, 4, 5 that are lower? One clear takeaway for everyone should be that paying attention to SVWD projects and budgeting is crucial at this point and going forward – the Board seats are elected by us.