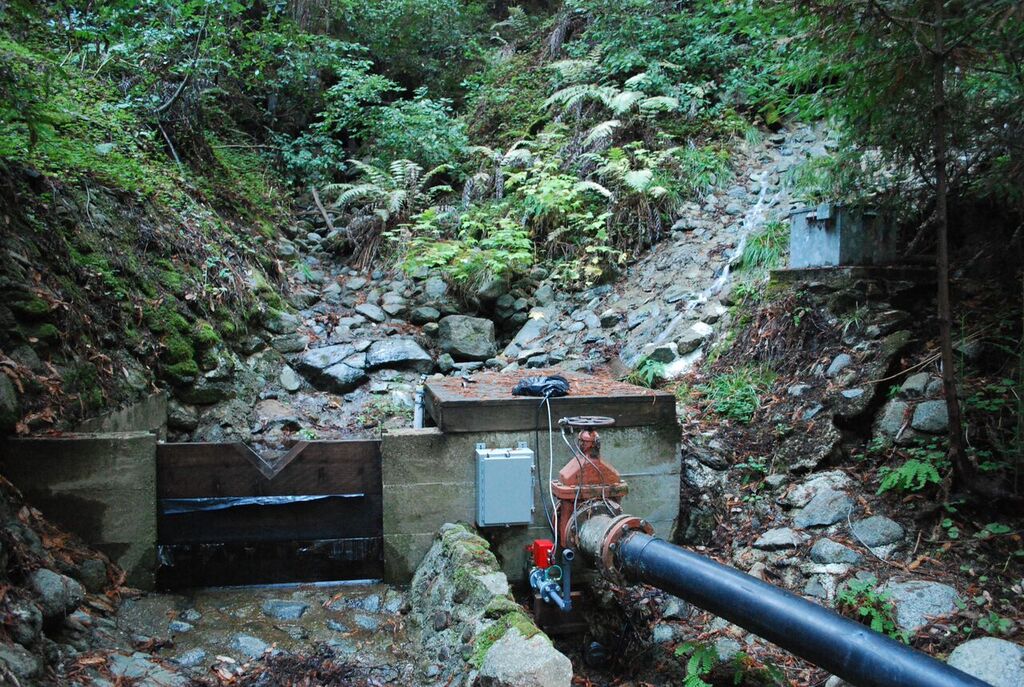 The San Lorenzo Valley Water District (SLVWD) staff works hard to ensure customers have access to drinking water that meets or exceeds all State and Federal drinking water standards. The process to do so involves sampling and testing water, protecting the watershed and maintaining the distribution system.

SLVWD protects and manages over 2,200 acres of watershed land to ensure the highest quality water possible and to enhance groundwater recharge. In the San Lorenzo Valley, 60 percent our water emerges from the ground in springs and flows down small creeks through second-growth, undeveloped redwood forest. The other 40 percent comes from groundwater in the Santa Margarita Aquifer. These sources produce unpolluted water with a neutral pH, which enables SLVWD to avoid using corrosion control additives.

Lead is an unusual water contaminant due to the fact that it seldom occurs naturally in water supplies like rivers, wells and lakes. Lead enters drinking water primarily as a result of the corrosion of materials containing lead in the water distribution system and household plumbing. These materials include lead-based solder used to join copper pipe. The SLVWD water distribution system does not contain any lead service lines. Additionally, solder used in household plumbing containing greater than 0.2 percent lead was banned by Congress in 1986. The ban was erected because as water is held in plumbing systems for several hours or more, lead may leach into the stagnant water. This means that the first water drawn from the tap can contain higher levels of lead. If anyone suspects that drinking water contains elevated lead after the previously mentioned precautions have been taken, please have the water tested for lead by a certified laboratory.

Children are especially susceptible to lead and copper exposure because their bodies absorb these metals at higher rates than the average adult. Children younger than 6 are most at risk due to their rapid rate of growth. Exposure to high levels of lead can cause damage to the brain, red blood cells and kidneys. Exposure to even low levels of lead can cause low IQ, hearing impairment, reduced attention span and poor classroom performance. Pregnant women and their fetuses are especially vulnerable to lead exposure since lead can significantly harm the fetus, causing lower birth weight and slowing down normal mental and physical development. Exposure to high levels of copper can cause stomach and intestinal distress, liver or kidney damage and complications of Wilson’s disease in genetically predisposed people.

For more information regarding lead and copper, please consult the EPA’s website regarding the Lead and Copper Rule: www.epa.gov/dwreginfo/lead-and-copper-rule.

SLVWD shares information about its water quality as requested and annually in its Consumer Confidence Report, which is distributed to all customers in the summer. Learn more online at www.slvwd.com.