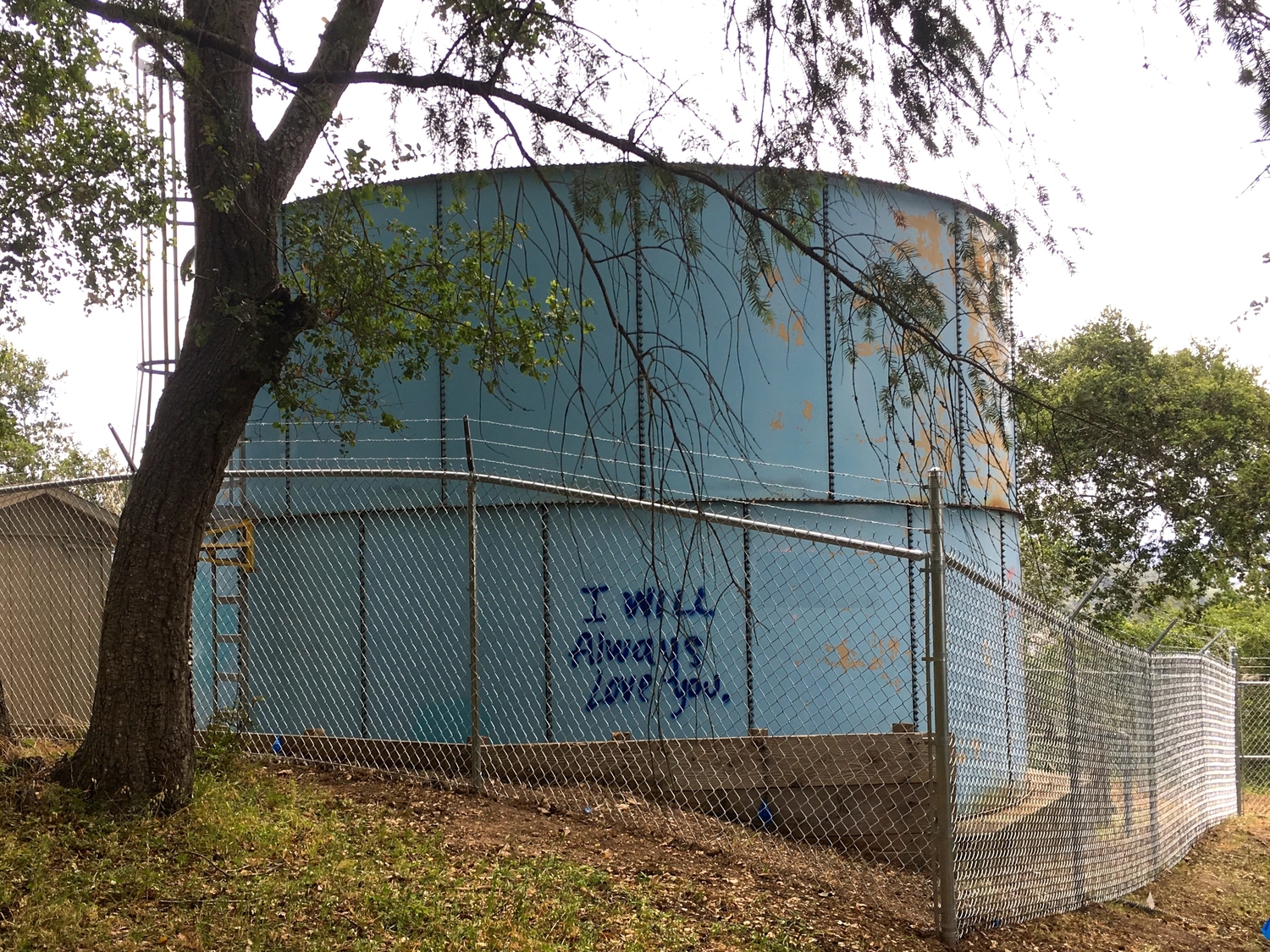 The decision to replace the tank, known as the “Blue Tank,” was made following the District’s routine inspection of the tank. The inspection revealed the tank has experienced extensive corrosion. The tank also suffers from previously identified buckling damage from the 1989 Loma Prieta Earthquake. The combined condition of the corrosion and earthquake damage to the tank warrants immediate replacement. The tank has been emptied and taken offline. Water storage and supply has been shifted to the larger, 100,000-gallon Pasatiempo Tank located near Mañana Woods.

The new, bolted-steel tank will hold 65,000 gallons of water. In response to input from the community, the tank will be painted light brown. The steps in the process to install the new tank include removal of the current tank for recycling, geotechnical and structural review of the site and installation of the new tank. The project is estimated to cost approximately $100,000 and will be funded through the District’s general fund. Construction is estimated to be completed by the end of November 2017.

The Blue Tank, named for its exterior color, was originally installed in the 1980s by the Mañana Woods Mutual Water Company, which was acquired by the San Lorenzo Valley Water district in 2005.