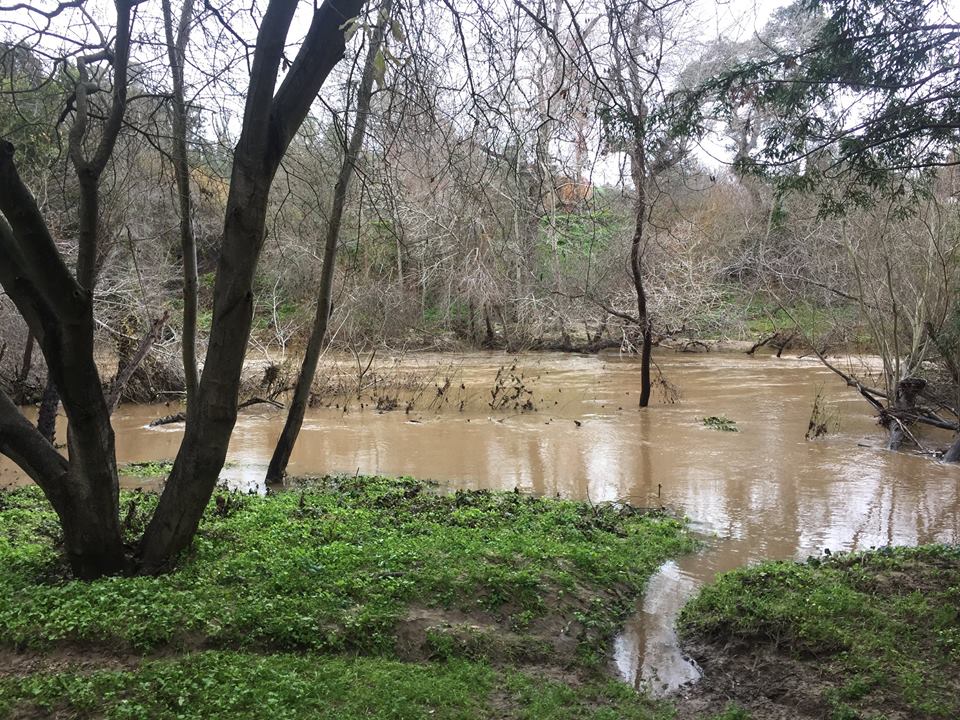 The San Lorenzo Valley Water District (SLVWD) has no current storm-related disruptions in water service, despite recording more than 8 inches of rain since the storms started on Saturday, the District announced Tuesday afternoon.

“So far, so good,” Operations Manager Rick Rogers said Tuesday. “Right now we have no water outages and no special use restrictions.”

The most significant storm damage the District sustained since storms began pummeling the San Lorenzo Valley on Saturday was a rupture to a main pipeline running under Bear Creek Road. The pipe was damaged when a large section of the road was washed away Sunday night. SLVWD crews rerouted water service in the area through a bypass pipe that connects around the damaged area of the water line. Rogers expected that work to be done by end-of-day Tuesday. A permanent fix will be put in place when the County repairs the road.

District crews also have been managing power issues in some areas, relying on generators to operate key equipment during power outages. Some pumps normally controlled by automated systems have been damaged by the storm and are being operated manually. Crews also are navigating around downed trees, but no roads essential to providing water service have been closed.

Surface water intakes were shut off earlier in the week due to turbidity (typical as a consequence of muddy river water) and the District is relying on well water to supply customers. Rogers said District water tanks remain more than 75 percent full and there are no water quality issues or special use restrictions affecting customers.

Customers are encouraged to prepare for water emergencies by conserving water during power outages because water pumping is powered by generators at that time and is limited. During an outage, water should only be used for health and safety purposes. The American Red Cross recommends storing 1 gallon per day, per person of water in case of emergency, and for people to have a three-day supply of drinking water available.

The District will work to keep customers updated about water emergencies during the storm through its website, www.slvwd.com, and Facebook, www.facebook.com/slvwaterdistrict.