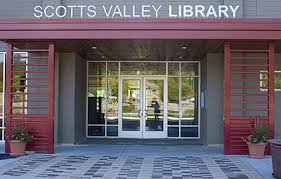 Santa Cruz Public Libraries (SCPL), a network of 10 neighborhood library branches throughout Santa Cruz County, has announced the implementation of a revised joint powers agreement (JPA). The 10-year JPA includes a new four-member governance board, which met for the first time on Jan. 14. The revised JPA was approved in December 2015 by the County Board of Supervisors and the city councils representing Capitola, Santa Cruz and Scotts Valley.

The governance board is comprised of the County of Santa Cruz Chief Administrative Officer and the City Managers representing Capitola, Santa Cruz and Scotts Valley. The new board succeeds the previous nine-member board.

“The Santa Cruz Public Libraries system benefits our communities in so many ways through rich programs and essential resources,” said Jamie Goldstein, Chair of the new JPA. “The new JPA represents a renewed commitment to cooperation on the part of each jurisdiction to the 10-branch library system.”

“The new JPA is a win for our community because it strongly positions Santa Cruz Public Libraries to improve its facilities and take advantage of new opportunities in information technology, as well as maintain existing programs and develop new ones,” said Janis O’Driscoll, Interim Library Director. “The new agreement also places high value on the hardworking and dedicated employees of the library system, and it embraces community input in an ongoing way through the establishment of a new advisory commission.”

The Library Financing Authority (LFA), which exists through an agreement among the County and the four cities in the county for funding libraries, will continue to be funded partially through a countywide quarter-cent sales tax. A new fixed contribution from the County Library Fund, which is comprised of property tax contributions from the County, Scotts Valley and Capitola, also will be added. The LFA includes Watsonville because, although that city has a separate library system, the countywide funding stream contributes to it and Watsonville residents use branches within the Santa Cruz system.