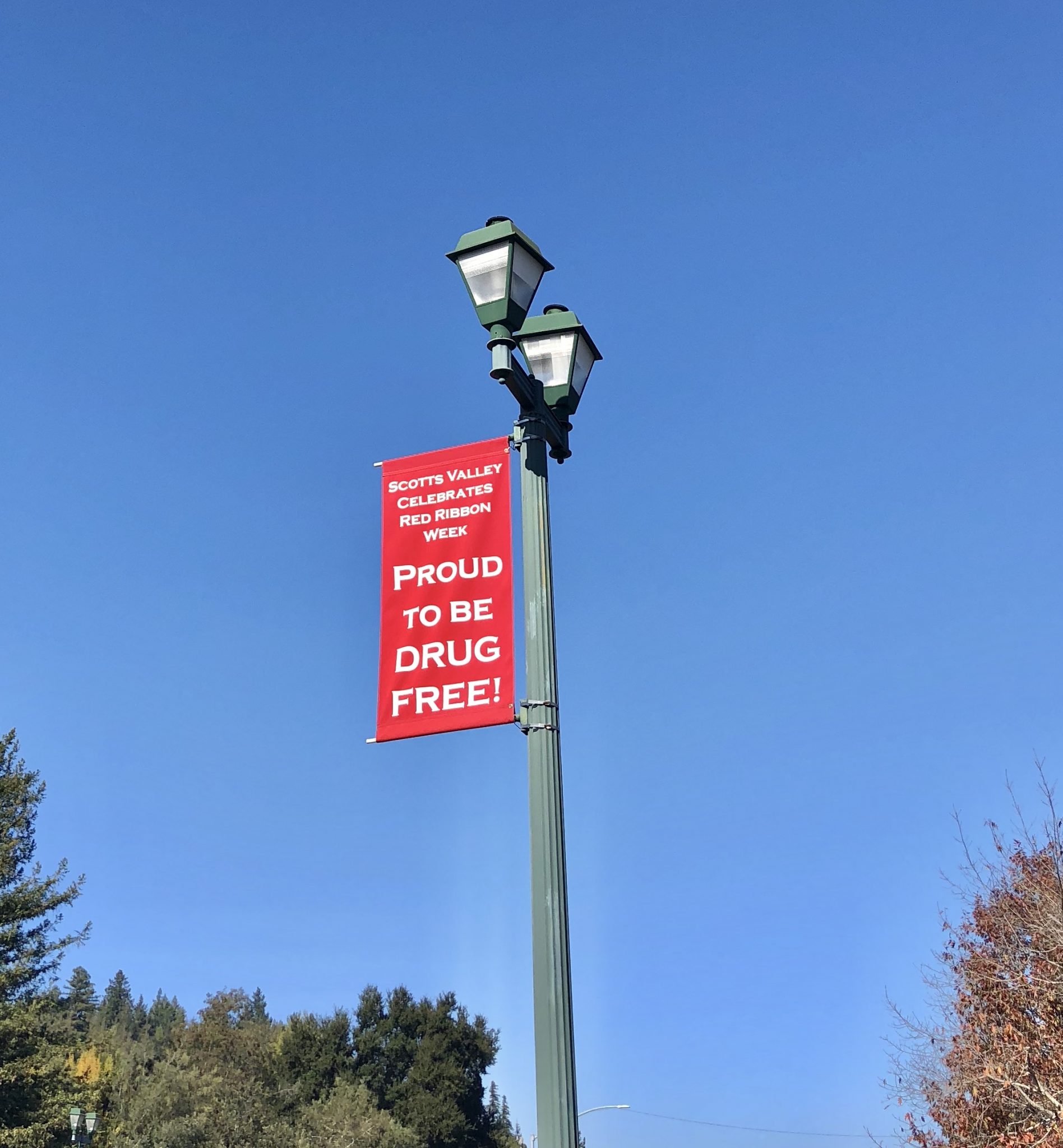 If you look up while driving up and down Scotts Valley Drive, you will see some light posts with banners on them that read “SCOTTS VALLEY CELEBRATES RED RIBBON WEEK – PROUD TO BE DRUG FREE.”
The Scotts Valley Police Department along with the city do this every year in an effort to promote a drug free lifestyle.
The Red Ribbon campaign started in honor of Enrique (Kiki) Camarena who was a Drug Enforcement Administration Agent that was tortured and killed in Mexico in 1985.
In honor of Camarena’s memory and his battle against illegal drugs, friends and neighbors began to wear red badges of satin. Parents, sick of the destruction of alcohol and other drugs, had begun forming coalitions. Some of these new coalitions took Camarena as their model and embraced his belief that one person can make a difference. These coalitions also adopted the symbol of Camarena’s memory, the red ribbon.
Later Nancy Reagan was part of establishing the National Red Ribbon Campaign.
Back in the 80’s, Donna Lind started Scotts Valley’s observance and the local Lions Club bought spools of red ribbons through a member who owned then Perry’s Floral. Lions Club Members helped string red ribbons around power poles, stop signs, etc. Lind went into the schools and talked to classes and passed out ribbons to kids for them to wear in an effort to promote a drug free lifestyle. The movement grew and local businesses also offered discounts or treats to kids wearing red ribbons. Back when the roller rink existed Skate Night was hosted with kids in costumes and gave prizes for the best costumes.
Nowadays local kids participate in essay or poster drawing in the schools and there are official banners that hang on Scotts Valley Drive and Mt. Hermon Road.
So if you are driving up Scotts Valley Drive and you have your kids in the car, ask them if they know why those banners exist. It is a great way to start a conversation about the importance of living a drug free lifestyle.
• More about Kiki and Red Ribbon Week @ https://www.dea.gov/kiki-and-history-red-ribbon-week 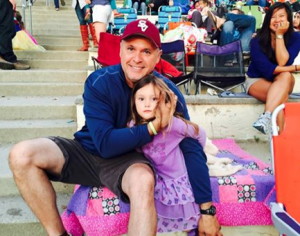 Robert Aldana is the Publisher and Founder of My Scotts Valley Magazine and the popular My Scotts Valley Facebook Page. He is also a licensed REALTOR® since 1986 specializing in the Scotts Valley area and lives in town with his wife, three daughters, two cats, and one very special dog.

You can reach robert directly at 831-252-3959 or email him at [email protected], or send him a message on his contact page at www.robertaldana.com/contactrobert