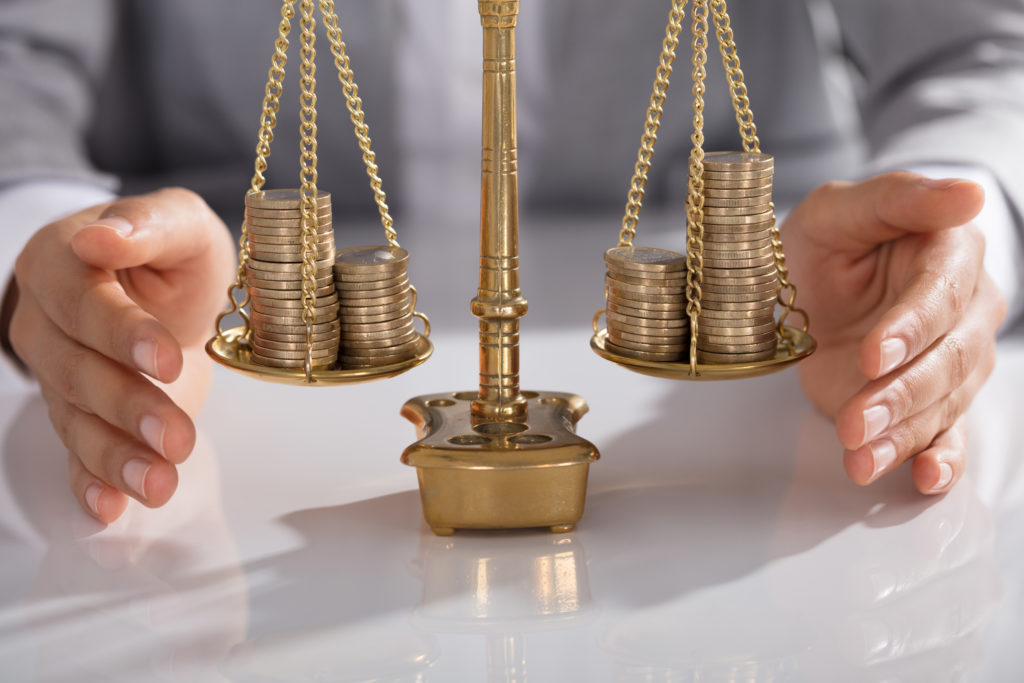 A decade of belt tightening has failed to plug the $1.2 million structural deficit in the city’s finances that is projected to grow to $3.3 million by 2022/2023. The Scotts Valley City Council is set to consider putting a hefty sales-tax increase before voters on the March 2020 ballot.

The current sales-tax rate in Scotts Valley is 9 percent. The council is set to consider replacing the existing one-half cent sales tax with either a one-cent or a one-and-a-quarter cent sales tax, which would generate between $2.6 and $3.3 million annually. 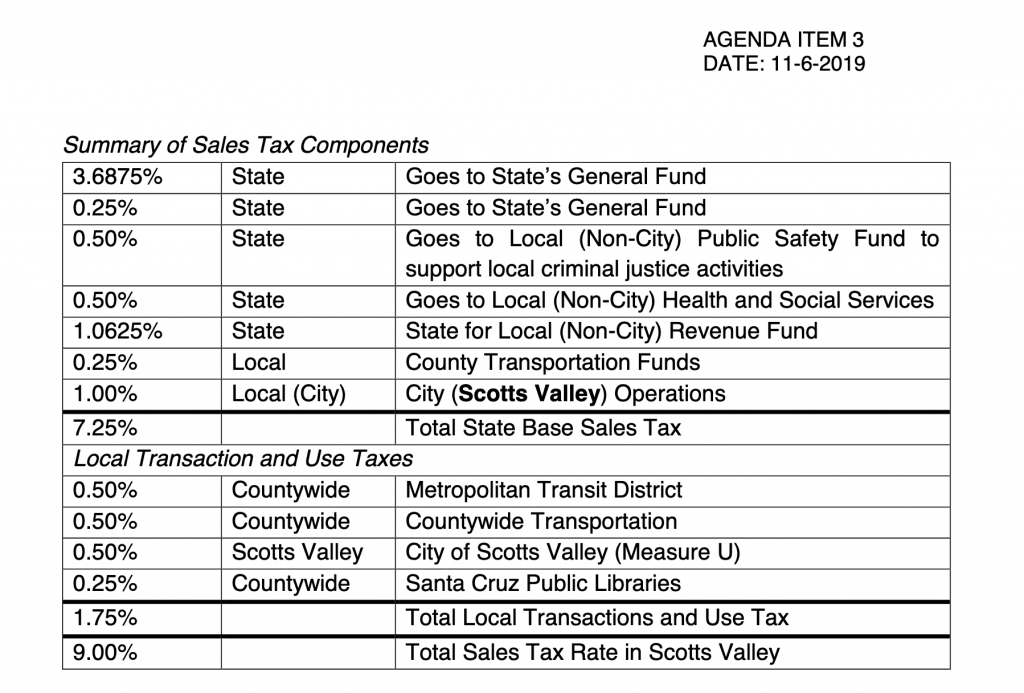 “We do have a pretty grim financial outlook,” said City Manager Tina Friend, referring to the year-by-year deficits. “Keeping the status quo is getting difficult.”

Since the recession from 10 years ago, the City has had challenges with recruitment and retention of employees. Vacant positions from voluntary separations or retirements remain open for some time. Of the 61 full-time positions authorized in the budget approximately 10 are currently vacant. “We are incredibly lean and doing more with less.” Friend said.

Friend added that the deficit is putting the city in jeopardy of being able to recruit workers for a competitive salary.

The council will discuss the matter at 6 p.m., Wednesday, Nov. 6, during a public hearing at city hall in the city council chambers at 1 Civic Center Drive in Scotts Valley.

How We Got Here

Prior to the great recession beginning in 2008 the city conducted business with a full staff, and modest deficits were manageable. However, the problem became direr.

In 2017, two major factors shattered the city’s ability to stay the course and rely solely on being frugal. The tipping point occurred when the California Public Employees’ Retirement System lowered its rate of return on investments. The announcement stung every city and school district in the state. This decision by California Public Employees Retirement System effectively increased pension liabilities for all cities and districts within the system statewide.

Already running in the red, the city now had to backfill the state’s pension fund to pay for its employees’ retirement plan, almost $1.3 million dollars annually. Though, beginning in 2013, newly hired workers received less of a contribution from the city, long-time workers continue to be a major line item in the budget.

“Cost cutting had been (the) chief budget-management tool employed by the city in recent years,” said Friend, in her staff report to the council. “We are at the end.”

The other blow to the city’s finances was the delay of the Marriott Residence Inn, a proposed 120-room hotel at 200 Polo Ranch Road. The project was expected to generate one-time permit fees of more than $250,000 and an additional $340,000 in one-time impact fees.

But any thoughts of the project’s completion as projected by 2019/2020 have been dashed, and ground has not been broken. In fact, the line item has been removed from the city’s long-range forecast projections.

Friend said the city continues to meet with project owner Bijal Patel in an effort to get the project constructed that helps both Patel and the city. Friend did not have a timeline for work to begin.

How to Close the Budget Gap

Given recent changes in State Law, Scotts Valley could seek a maximum increase in the local transactions and use tax of 0.75 percent, for a total potential rate of 9.7 percent.

For additional consideration is the existing half-cent Measure U, which is set to expire in March of 2022, triggering an immediate loss of $1.3 million or 10 percent of the city’s General Fund.

The City Council will consider direction on the desired rate of the sales tax measure on the March 2020 ballot. Staff recommends the replacement of Measure U with either a 1 percent or 1.25 percent rate.

If Measure U is replaced, the council will decide how long the sales-tax plan will be implemented.

“A permanent tax measure provides budget stability to support the city’s ongoing expenditures to deliver public services,” said Friend in her staff report. “Should the council advance a ballot measure with an expiration, staff recommends no less than 10 years to provide stability and certainty to the city’s budget for the near term.”