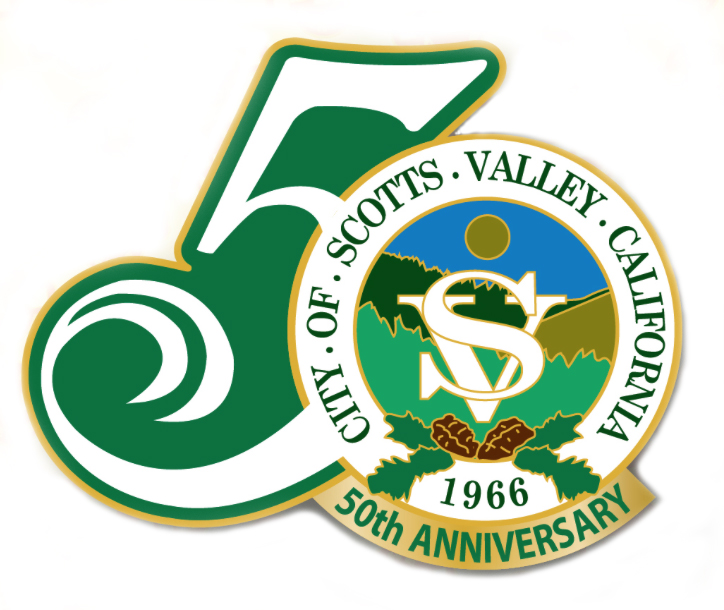 As we get closer to the 50th anniversary of Scotts Valley, more details are starting to come out with some of the planning in the works to make it an event to remember. Although the main focus will be celebrating it on 4th of July, there are plans underway to also celebrate on the actual anniversary date of August 2nd, 2016 with a community BBQ.

The annual 4th of July Parade looks to be larger and more festive this year, to include school marching bands, horses, floats, participation by first City Council Members or their families and founding members. There has also been an outreach to some of our city’s past residents such as the Alfred Hitchcock family, the Smothers Brothers who had a vineyards here once, Kenny Logins, and Lacy Dalton among others.

There will be a more elaborate fly-over during the parade. If you are interested in participating in the parade, the Parade Application will soon be placed on the City’s Website and a Facebook Page is being developed for the Event.

In addition to the parade, there will be a more dramatic Fireworks Celebration to tie in with the City’s 50th birthday. Additional special activities including a possible light show & additional bands at Skypark prior to the fireworks on the 4th prior are being considered.  One of the hot items no doubt will be the pins commemorating the City’s 50th birthday that will be available.

On the actual birthday for the City, August 2nd, there are plans for a community BBQ, tour of City Hall, the Police Department and possibly the Fire Department. In addition, the Historical Society will be providing tours and sharing information regarding the City’s history.

This year’s Annual Police Inspection will be held on the 50th anniversary of the date the Police Department was established and the guest inspector will be First Scotts Valley Police Chief Gerald Pittenger.

More information will be shared as it is confirmed and as we get closer to the events. Look for this summer to be a festive time for our city and our residents.