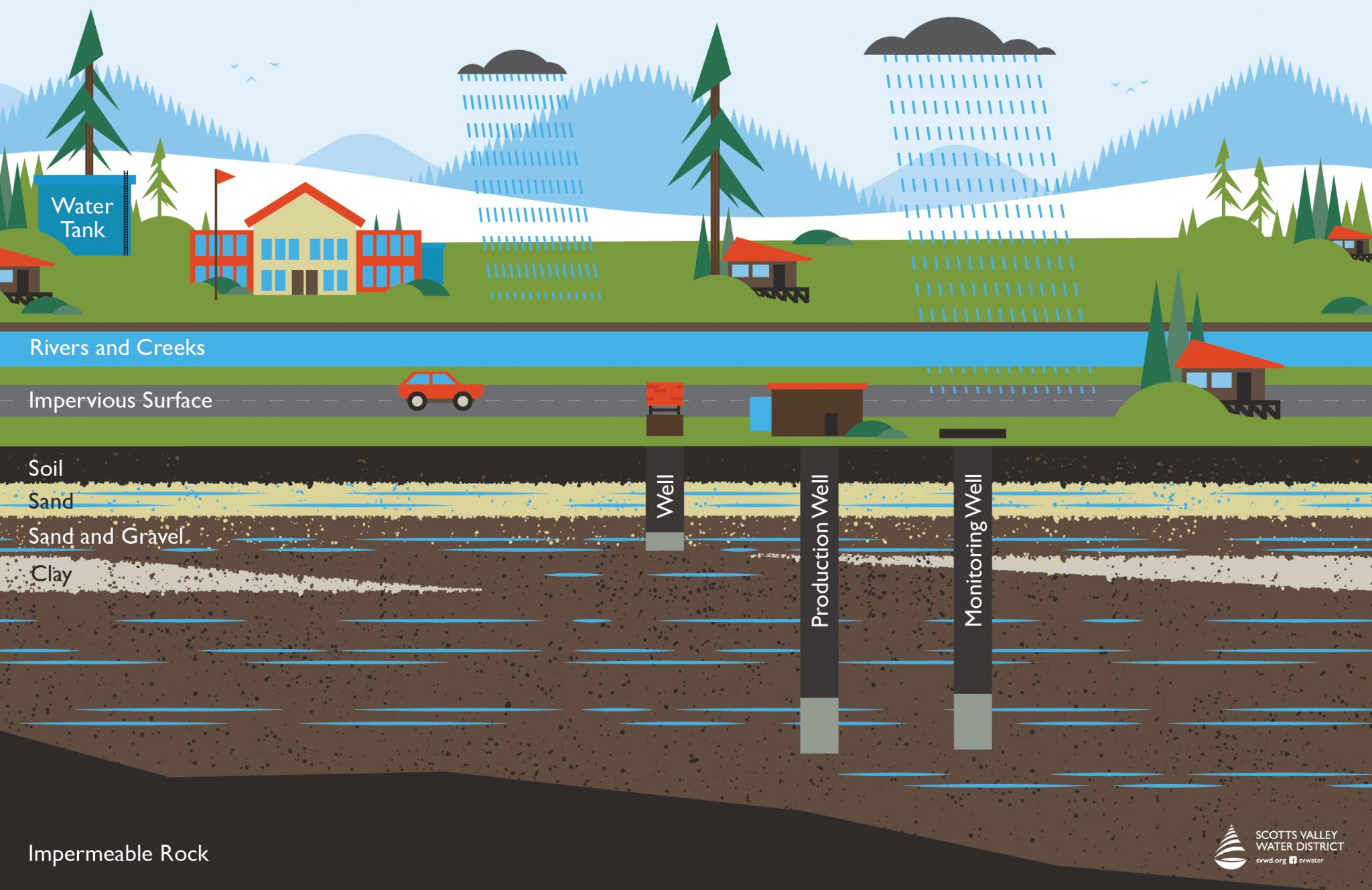 Thanks to recent storms, rainfall for the water year is approximately average for Scotts Valley Water District (SVWD).

As of January 31, SVWD weather station had registered about 21 inches of rain for the season and the weekend storm pushed that total to 24 inches. The average amount for the first four months of the water year (October through January) is 23 inches.

“While the recent storm has felt like a substantial amount of precipitation, the amount of rainfall in on-par the average for this time of year,” Scotts Valley Water District Manager Piret Harmon said.

During 2014, the driest year on record since SVWD started tracking in 1982, less than 2 inches of rain had fallen in Scotts Valley through the end of January. By comparison, the area received nearly 50 inches of rain during the same time in 2017 and ended that water year with just over 80 inches of rain.

The average annual rainfall in Scotts Valley is approximately 42 inches, measured from October 1 to September 30.

“There is so much variability from year to year,” Harmon said. “This always presents a challenge for the water agencies striving to run efficient operations.”

Groundwater is the sole source of drinking water for District customers. Groundwater supplies are replenished, or recharged, by rain that seeps down into the cracks and crevices beneath the land’s surface. On average, about 30 percent of rainfall percolates back down to recharge the aquifer.