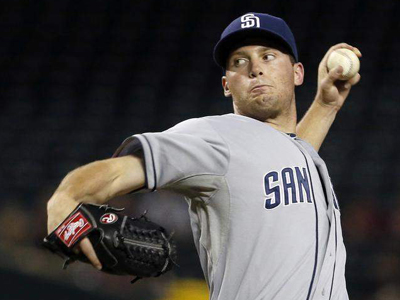 Scotts Valley’s Robbie Erlin was recently told by manager Bud Black that he would be making the opening day roster for the San Diego Padres for in the 2014 MLB season.

Erlin, who is 23, is a left-hand pitcher for the Padres who was originally drafted by the Texas Rangers in 2009 and then traded to the Padres in 2011.