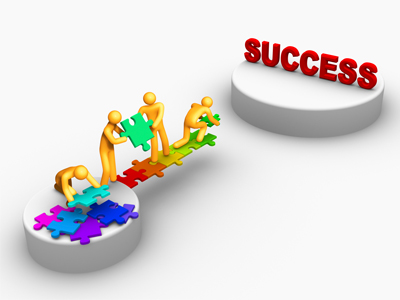 RE-POSTED 04/27/2014 – Throughout the years, many studies have been released that show how home-ownership rates affect families throughout the country. One particular report,  (PDF file) done several years ago by the U.S. Department of Housing and Urban Development (HUD) captures and explains the wide-ranging benefits increasingly being attributed to home-ownership.

The report goes on to say: “Homeowners accumulate wealth as the investment in their homes grows, enjoy better living conditions, are often more involved in their communities, and have children who tend on average to do better in school and are less likely to become involved with crime. Communities benefit from real estate taxes homeowners pay, and from stable neighborhoods homeowners create”

Even though this is a report that was written several years ago, it’s difficult to dispute the effects of home-ownership in this report, and how it affects families because it can and many times does have a profound effect on children’s upbringing and future opportunities. But home-ownership is just one piece of the puzzle that is needed to maintain healthy communities and improve those communities needing improvement and that suffer from high crime rates and poverty.

How One Community Does it Right

One particular thriving California community is Scotts Valley, California, located in the Santa Cruz Mountains in Northern California. Within minutes from beaches, state parks, out door living adventures as well as being 30 minutes from major cities like San Jose California, it is a community of approximately 11,500-12,000 residents that thrives and is driven by so many factors such as strong real estate appreciation, highly rated schools, educated residents and the county’s lowest crime rate, based on a study recently released by the FBI.

Scotts Valley’s statistics, based on the most recent 2007-2011 Census Data show the following stats when compared to the state’s averages:

How Schools and Real Estate Work Together

The schools in Scotts Valley are some of the highest rated schools in the state as reported by the California Department of Education. Because of this, real estate is in high demand as are most communities that have highly rated schools. Buyers want to buy in areas with great schools and that drives up prices. This is a fact that has been proven time and time again. Just ask your local real estate professional how schools make a difference in home prices and you will get a resounding “BIG DIFFERENCE” from each agent.

Higher appreciation then brings in more tax dollars for neighborhoods and public services, and of course, schools.

Higher appreciation also brings in more wealth to those who own real estate and also gives families the ability to liquidate some of their equity to support their children’s college education.

Higher education gives better job opportunities at a higher pay schedule in most cases. This leads to employees who are higher educated and have more opportunities to advance their career. Because of this, there is more income potential and many of these professionals also want to purchase their own home and are able to do so because they received a good education and can afford to buy a home.

The home-ownership rate in Scotts Valley is 75% versus the state average of 56.7%. That is a whopping 18.3% higher then the rest of the state. It has been proven that homeowners tend to care more for their homes because it is, after all, their property and investment. Throughout history many home values are determined by the percentage of homeowners who live in neighborhoods and complexes. In fact, many lenders refuse to lend in certain areas with lower owner-occupied properties. High owner-occupied communities are usually another strong key selling point when marketing a home for sale.

Homeowners also are invested in their community and become more a part of the community as contributors.

Another factor and result of a higher education is the fact that educated employees have more job opportunities than those who are not as educated, therefore eliminating many of them from turning to crime to “get by”.

It is not a coincidence that all of the above factors like higher education and higher home-ownership rates contribute to a low crime rate and desirable community like Scotts Valley. It is like a well-oiled machine with many parts running smoothly that make this community thrive and make it a great place to raise a family.

The Solution to Improving Communities & Neighborhoods

Although there is not one thing that will make a community thrive and succeed, it is clear that the key to successful communities first starts with focusing on, and investing in education. That is really where it all starts. It is the doorway and really the beginning of more opportunities for the area’s residents and businesses. This is really the one place where it all starts, one way or another.

For many communities needing a change, it’s not an overnight fix and it will not grant them instant successful communities. It is a process that may take one or more generations to start to see change for the better. The success of Scotts Valley has been the results of many generations of promoting good communities, good local businesses with great schools being at the forefront.

It’s never too late for change for any community and the secrets to future success can be learned by following the success story of this little town because they did it right.