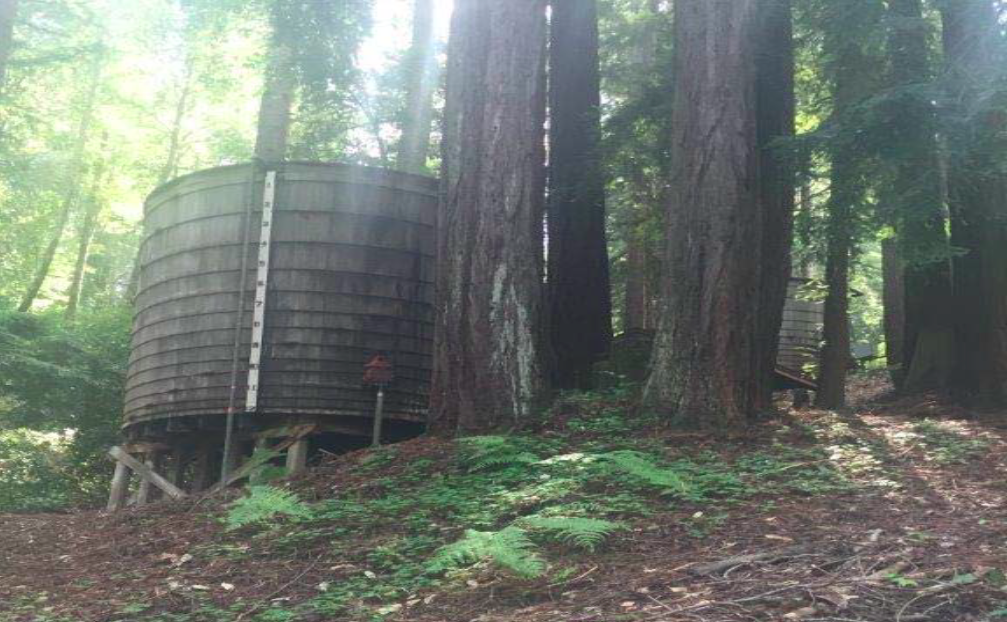 BOULDER CREEK, CA – The San Lorenzo Valley Water District opened of the bid process on Monday for replacing a pair of 20,000-gallon redwood tanks used for drinking water. The tank replacement is a key capital improvement project among many others completed or in process that, combined, total $16.85 million in infrastructure upgrades to the District’s 76-year-old water system.

The bid process will be open June 26 to July 28. The SLVWD Board of Directors anticipates selecting a contractor at its Aug. 18 meeting. Work is scheduled to begin late summer/early fall and is expected to be completed by March 2018.

The tanks, known as the “Swim Tanks,” are located off Scenic Way in Ben Lomond and are part of the original water distribution system acquired by the District from Citizens Utility Company in 1965. The current tanks are undersized for the service area and require ongoing maintenance to control leaks. The tanks will be replaced with a new 64,000-gallon bolted steel water tank at the same location. The $678,000 project includes the tank, fencing, retaining walls and electronic “SCADA” control, which enables monitoring and controlling all aspects of the water system remotely.