Scotts Valley Cheer Team Competes and Meets with the Stars

Scotts Valley Cheer Team Competes and Meets with the Stars 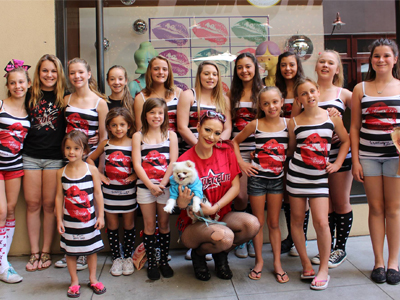 Scotts Valley’s Elite Cheer Gym competed in Los Angeles this past weekend and ended their season with a trip to Hollywood. The team all met Pop Singer Kaya Jones, former pussycat doll at a Huge Store Called Sweet, where she signed shirts for the girls and were given Kaya candy bars.. The pop star has a collection of candy and clothing that she has created called Hollywood Doll.

Ruby Roxanne of Scotts Valley and Jones are working on an accessory collection. Ruby Roxanne is known for her custom jewelery and bracelets that are being worn by movie stars and music performers worldwide.