SVHS Girls BB Team to Host Round 2 of State Championships

SVHS Girls BB Team to Host Round 2 of State Championships 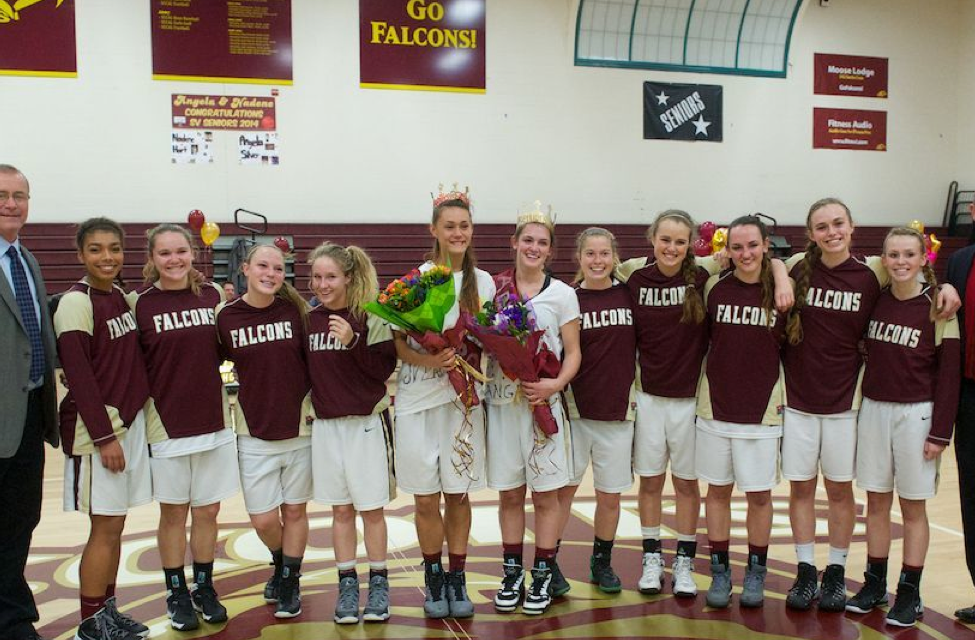 The wins and tournaments keep coming for the Scotts Valley High School Lady Falcons as they host Cardinal Newman of Santa Rosa on Saturday in round 2 of the CIF State Division IV Championships.

The Lady Falcons have had an impressive season and are the current Santa Cruz County Athletic League Champions – SCCAL. Throughout the year there have been numerous dominating victories for the Falcons as they had one of the most statistically successful seasons in league history. Coached by Jim Hart, they come in with a 24-5 overall record and 12-0 in league play. The team is lead by Nadene Hart who had one of the best seasons in Falcon history.

The game looks to be an evenly matched and their opponent is no slouch as Cardinal Newman comes in with an overall record of 23-7 and 13-1 in league play. Expect a tough and hard fought game by both teams.