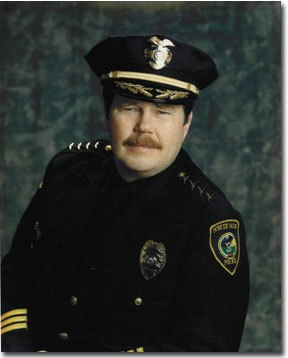 In a press release issued by the Scotts Valley Police Department, it was announced that former SVPD Police Chief, Thomas C. Bush passed away on Saturday, November 29th after a valiant battle with cancer. See press release below.

Bush was a 29 year veteran of the Police Department who began his career in 1973 as a reserve police officer and became the department’s first full time detective in 1975. He was eventually promoted to Sergeant, Lieutenant and Captain, and was appointed Chief of Police in 2001, according to the press release and Police Department’s website.

For more information on Chief Bush’s career, go to http://www.scottsvalleypd.com/Content/officers/bush_2.html

My Scotts Valley wishes to extend it’s condolences to the family and friends of Chief Bush for their loss. 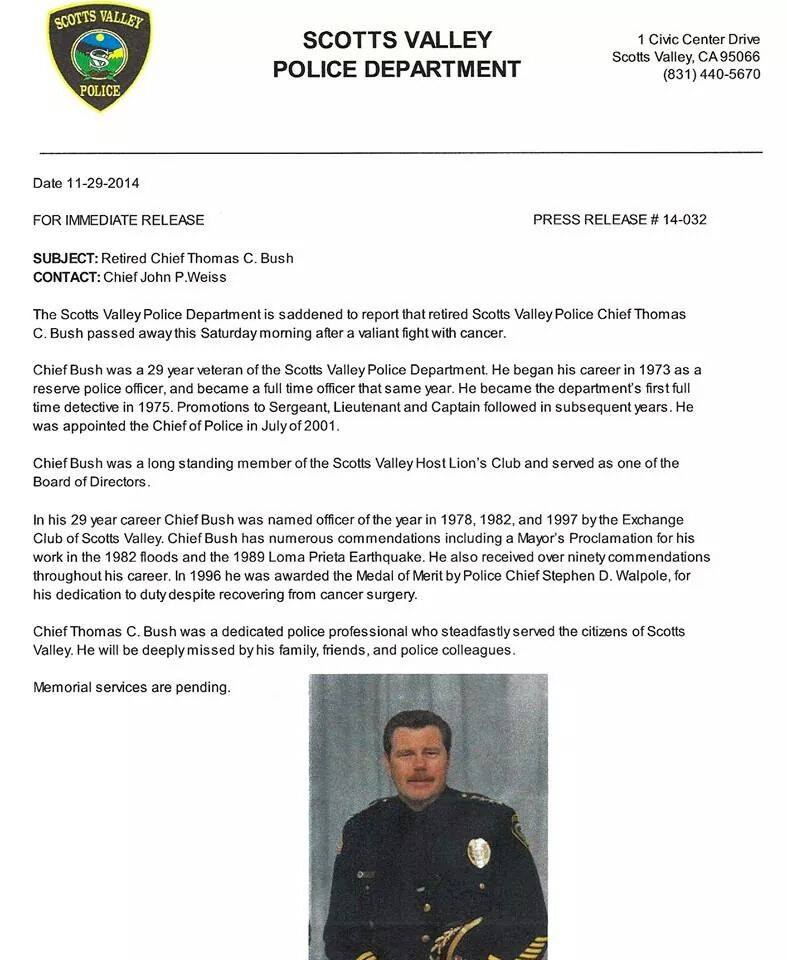