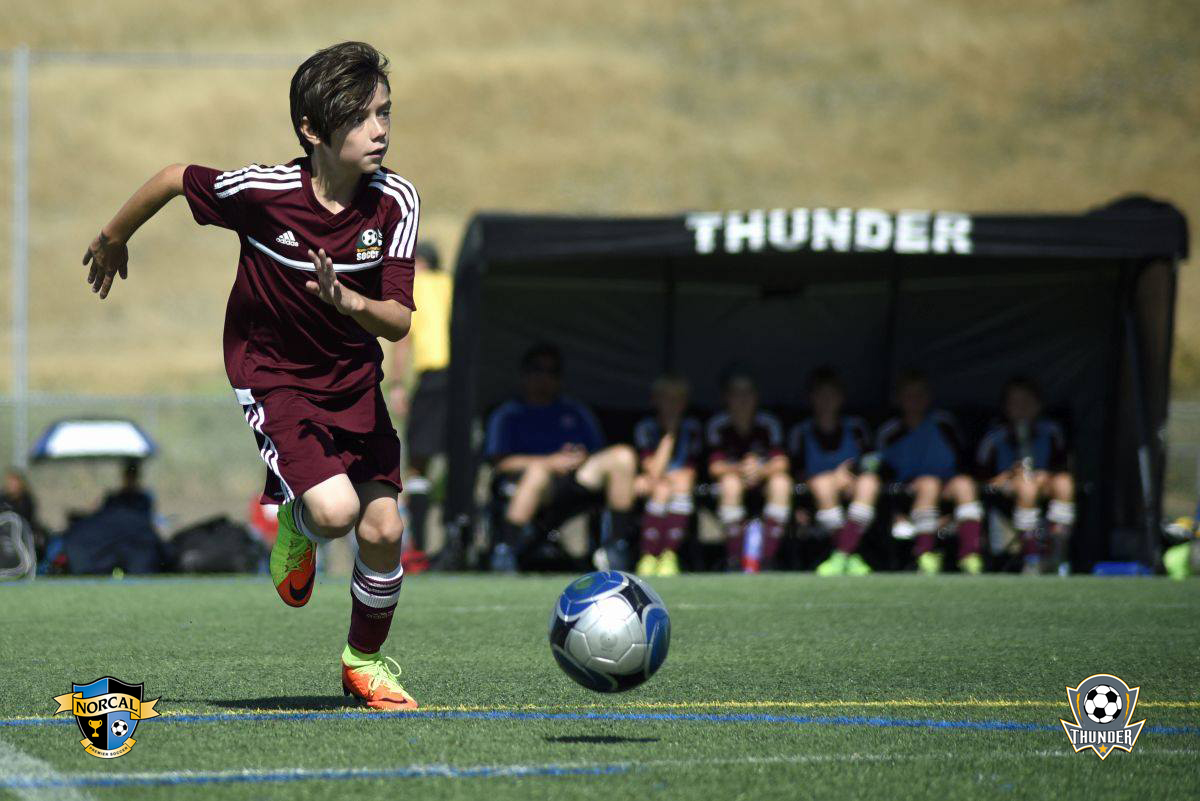 You may recognize the “Thunder” team name because of their long-standing history in the area. Thunder started in 2006 and has earned a reputation for their commitment, discipline, and outstanding record. In 2015, after years of dedication to the sport, the founding Thunder team achieved CCSL Premier, ranked 4th in the State, and enjoyed participating in the 23rd annual Donosti Cup in San Sebastian, Spain. Since that time, the 2006, 2007 and 2009 teams have taken home numerous trophies and medals.

Director of Coaching, Victor Martinez, spearheaded the formation of the new club to fulfill a developmental and training gap in the Scotts Valley and San Lorenzo Valley community, invite players who are interested in taking their game to the next level, and to support the further growth and development of the three existing Thunder teams.

It’s all about the development of the whole player, respect for the game, and support for each player – winning is the byproduct of these essential components. — Victor Martinez, Director of Coaching

Parents widely agree that being a part of Thunder F.C. has had carryover effects in their children, such as; greater confidence, proactive thinking, a healthy lifestyle, and a positive impact on academic readiness.

Thunder will strike the fields this summer as a member of NorCal Premier after concluding the spring season under other club membership.

The club is actively seeking donations and corporate partnerships to help with operational costs and to provide scholarships for qualified members. Those who would like to contribute should contact [email protected]

Register online at www.ThunderFootballClub.org and bring your shin guards, cleats, water, a ball (optional) and your tenacity.